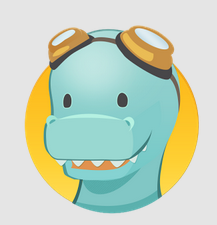 When my coworker told me about a new app I just HAD to download, I paid attention – she is pretty selective about her social media. I downloaded the free app Timehop from Google Play and I was instantly hooked too.

Every day, you wake up to a new report of everything you’ve done on THIS DAY in years past! So on October 5, 2014, you see all your Facebook statuses, tweets, Instagram photos, Foursquare check-ins and more from October 5, 2013, October 5, 2012 and as far back as your history goes. This is too cool. It’s kind of like those “on this day in history” booklets but for YOUR life.

Timehop can be both good and bad. It’s awesome to have these great memories presented to you each and every day, and to remember the neat things you did 5 years ago. There’s also the awesome feeling of nostalgia you get. But there are also cons. For example, what WERE you thinking with that hair color 4 years ago?? What were you wearing?? Or deeper problems like seeing photos of an ex-boyfriend or an ex-best friend.

With Timehop, you can’t select which memories you DON’T want to relive – it just shows you anything and everything. But since you know that, I guess you can choose not to view your report on days that have a bad connotation in your mind?

This app is obviously NOT a necessity, but it is a pretty neat tool for people like me who enjoy keeping memories, mementos and photos around and getting nostalgic now and then. It’s nearly effortless to set up, the report is automatically generated for you and they aren’t too long of reports either.

The best part is being able to share these memories. Their “share” function isn’t the greatest, so instead I simply screenshot memories I want to share with people and then text them the image. For example, last week I discovered a photo from the first time my best friend from home visited me at college. There’s a photo of me, her and my freshman year roommate at a frat house and it’s just fabulous how little we look. That was such a good night, and now I can send it to them so they can remember that great time as well. What a great bonding tool!

I’ll keep using Timehop for the time being, especially as the holidays come around. What better time to reminisce and feel special for all the great people in your life?

Disclosure: This post is not associated with Timehop in any way. I received no compensation for this post.