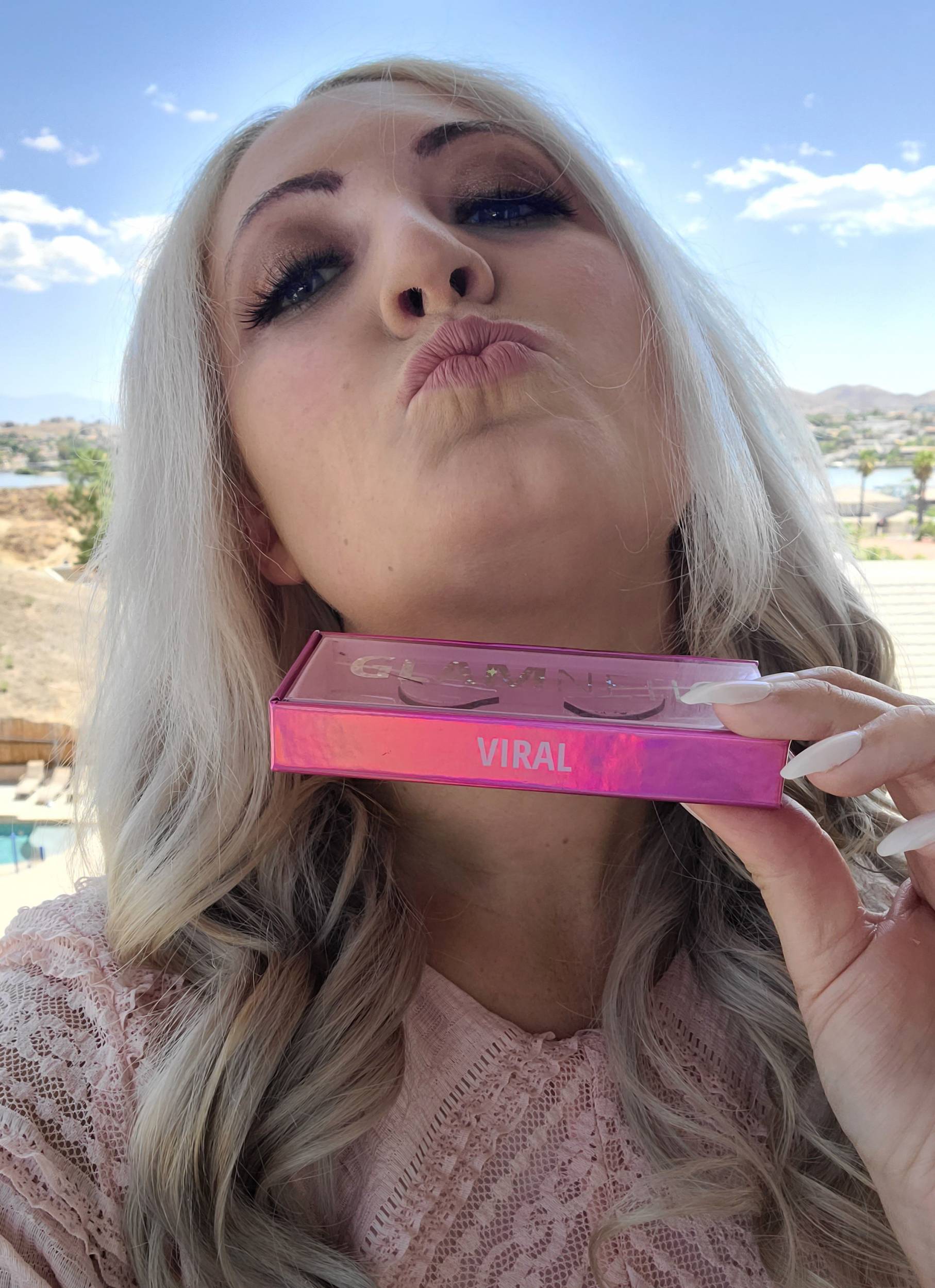 I do a lot of beauty procedures regularly, from hair to nails to Botox, on account of I am not a natural beauty and I am also pretty high-maintenance.“????

The beauty treatment I miss the most, though, by far, is my lash extensions. I’m used to visiting the talented Delainey at Bella Allure Salon every two weeks for a long, lush lash fill. It’s hard to overestimate the value of lash extensions – you literally #WakeUpLikeThis every day, and you look totally made up and ready to go even with no other makeup on.

But alas, with Covid-19, my lash extensions had to go buh-bye. Thus, in March, I embarked upon a false lash journey full of ups and downs? mostly downs. I started with strip lashes and glue, which was a total disaster and led to me gluing my fingers together more often than not.

I was beyond discouraged when I initially began seeing sponsored ads on social media for magnetic lashes, applied with magnetic eyeliner. For one, I’d been so disappointed with other DIY lash products. Second of all, I’m absolutely terrible at applying makeup and regular eyeliner, let alone liquid eyeliner. 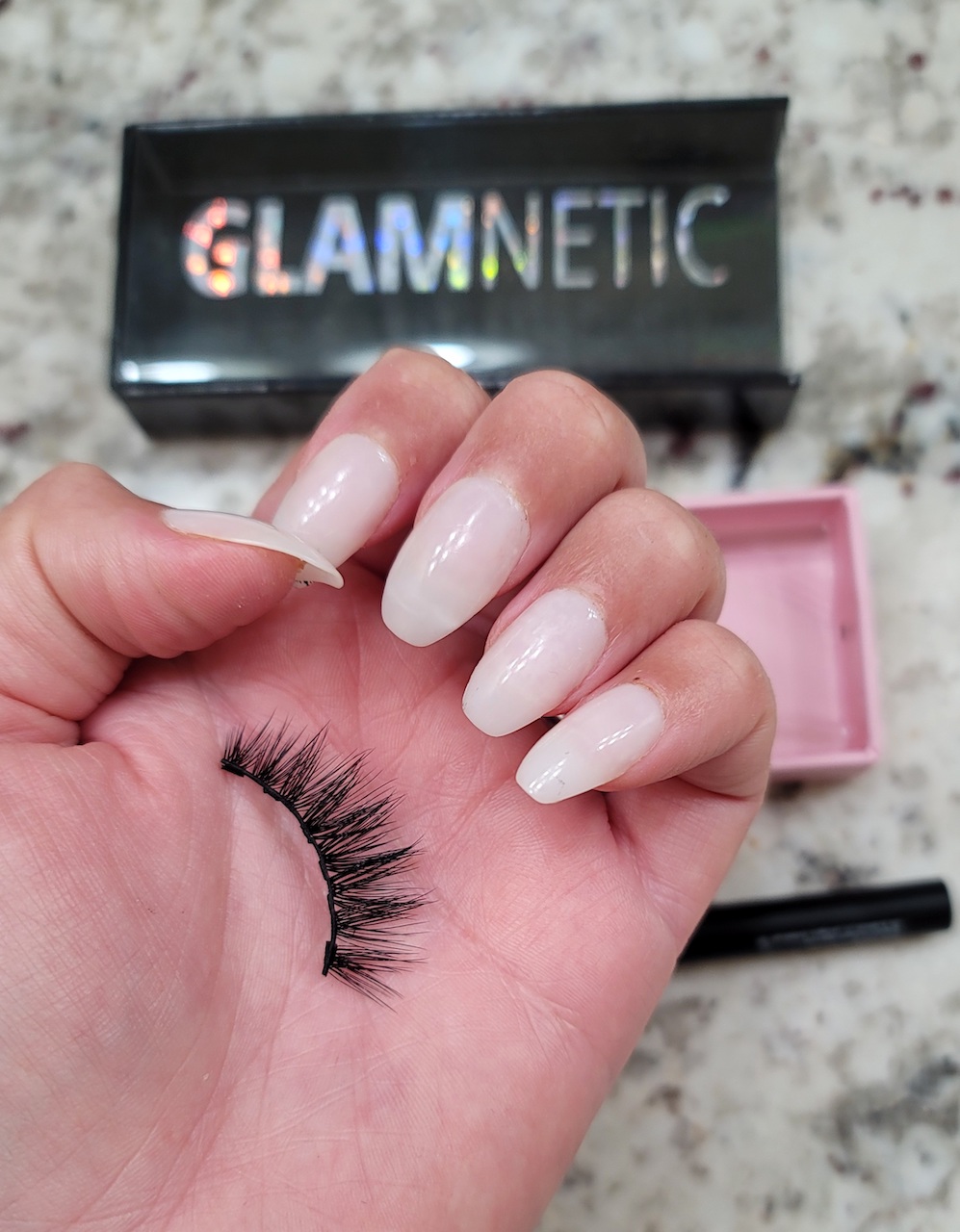 But in my despair, I decided to give Glamnetic a try.

What can I say, except that Glamnetic has exceeded all of my expectations and then some??

Glamnetic was founded by a local LA female entrepreneur, which is totally badass in itself. Glamnetic offers 30 different lashes, including mink lashes and synthetic vegan lashes, as well as brown and black liquid magnetic eyeliner. Each strip of eyelash has six magnets, which bond to the magnetic eyeliner you draw on your eye.

They have a lash style for every type of personality, from normal short everyday lashes to absolutely crazy-long cat-eye shapes. Naturally, I gravitated to the totally wild and bold styles. 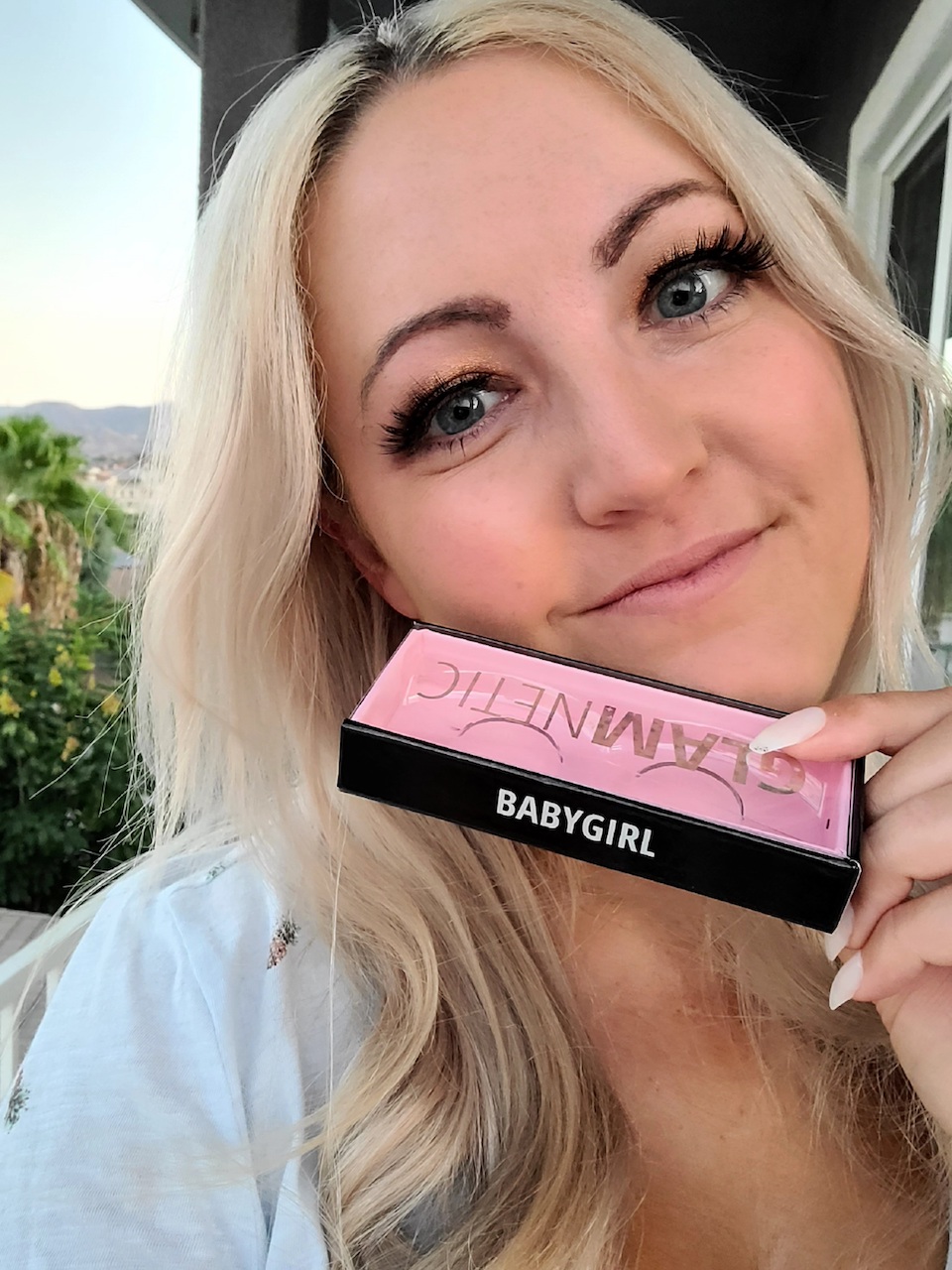 First up, Babygirl, a brand-new 13mm vegan lash in a wispy round shape. I loved the super-sweet, feminine look of these lashes. However, 13mm just isn’t long enough for me. 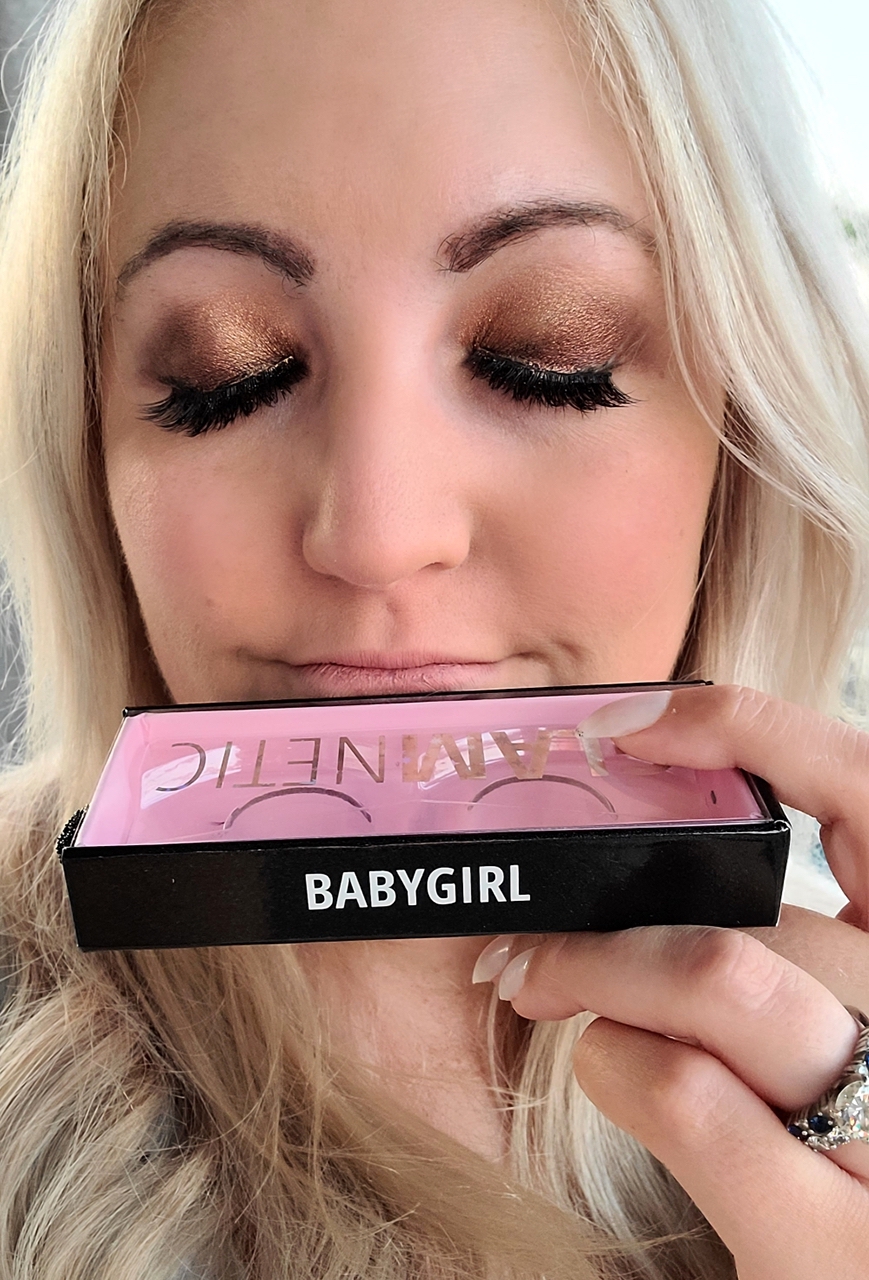 Next, I tried Bombshell, another new lash in their vegan collection. This 8-15mm cat-eye lash is super bold and I loved it. However, I wondered if it was too much. 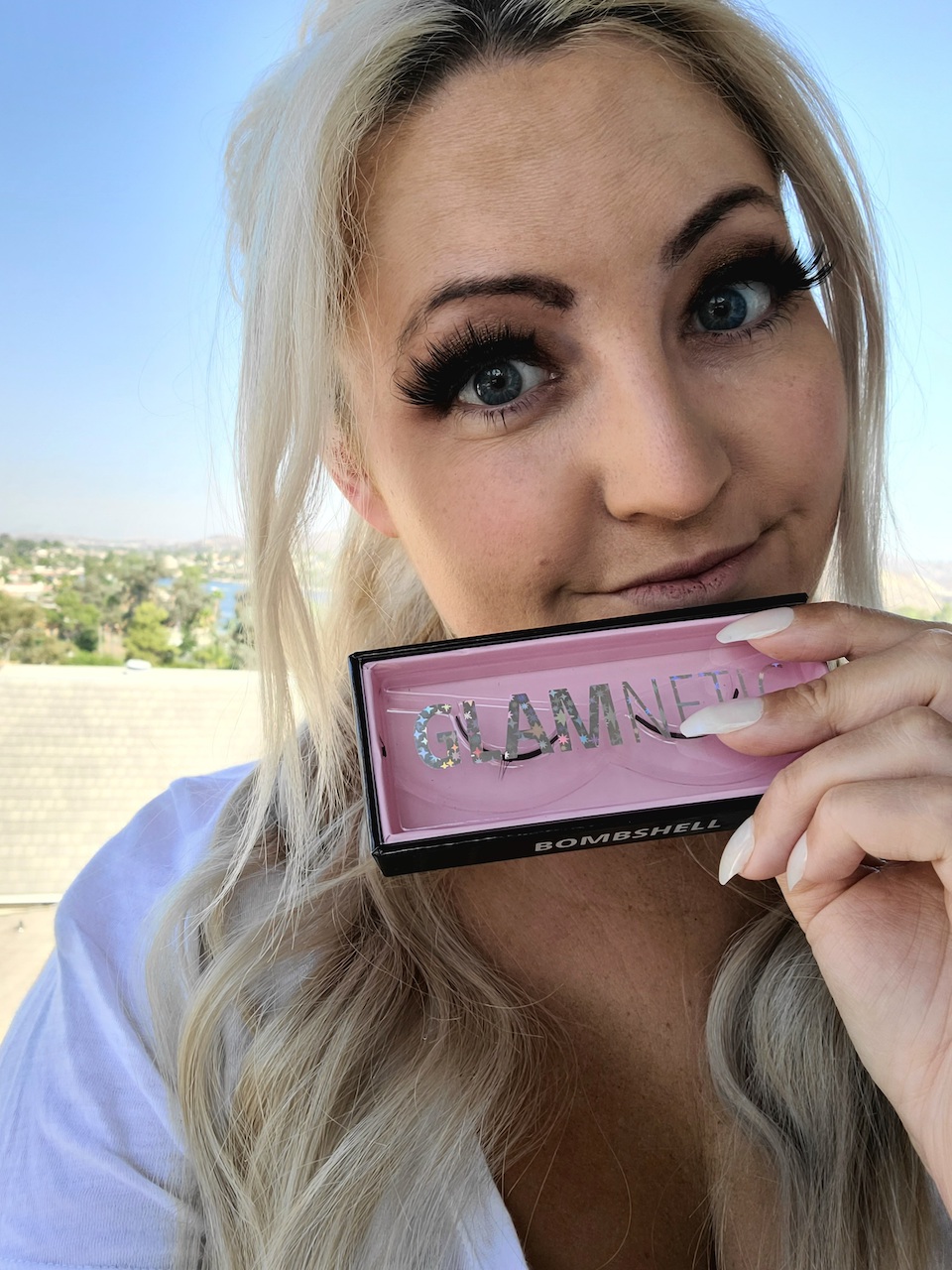 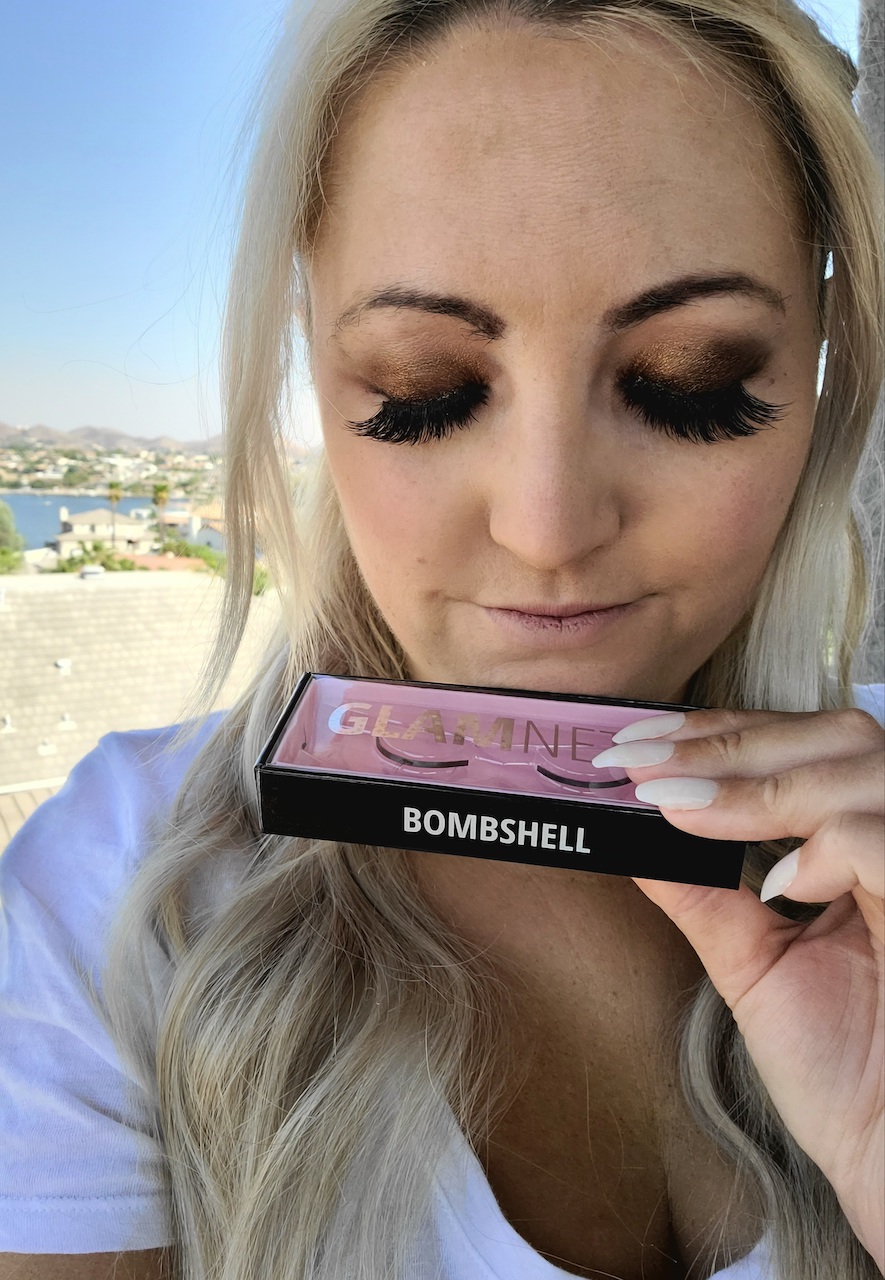 Viral ended up being ‘just right’ for this Goldilocks. Viral is a vegan wispy round lash, 10-15mm in length. I have been rocking this lash nonstop since I tried it, and just ordered a few more pairs! 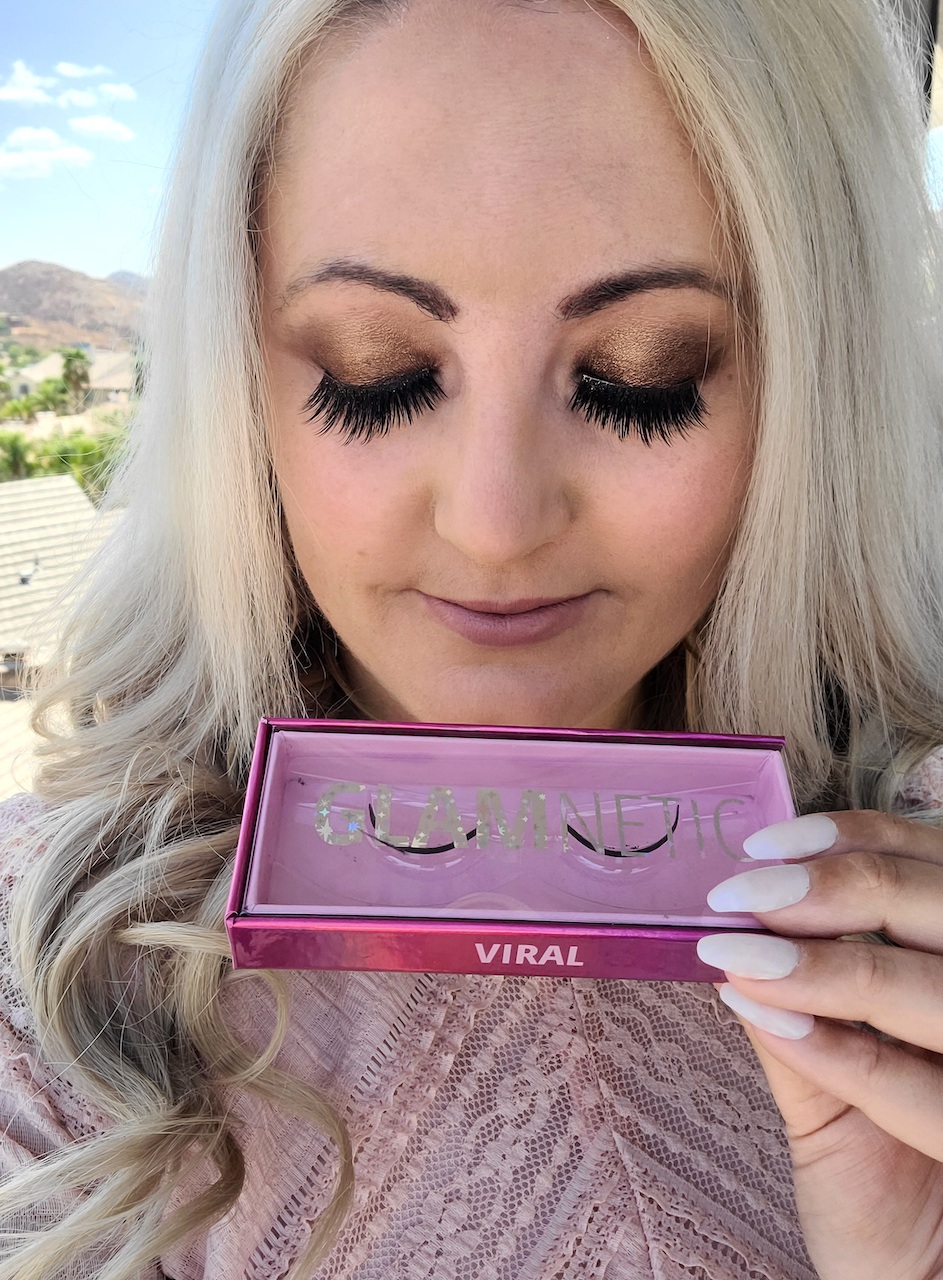 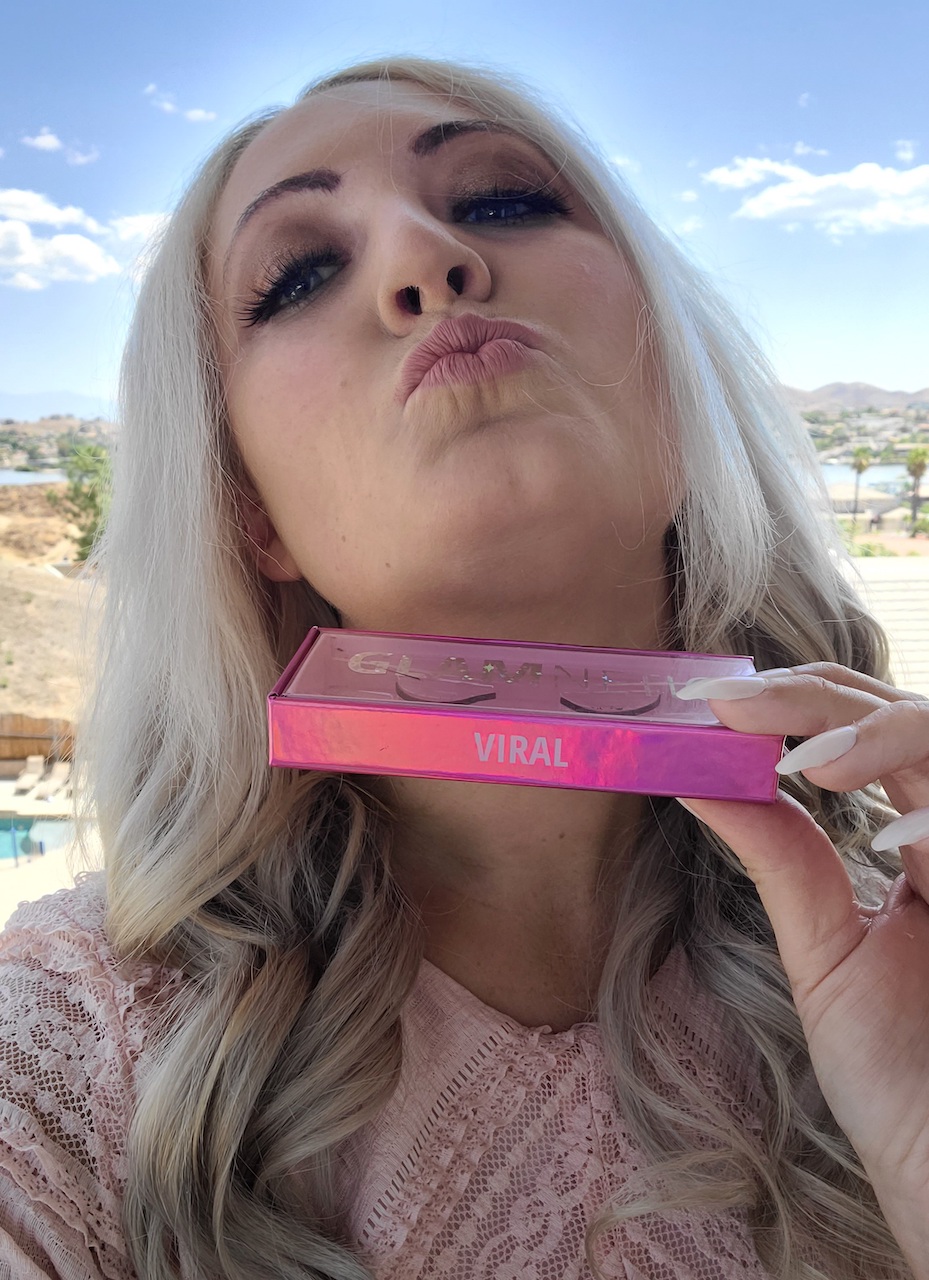 Glamnetic lashes are supposed to last over 30 wears. So far, I have only had 1 pair fall apart (lashes just falling off the strip). My other pairs have multiple uses in and counting, even through showering, swimming and sleeping with them on. Make sure to clean them with a makeup wipe after use, and re-magnetize them in their case after wear. The only thing I don’t like is that they are not waterproof, so you can’t get your face wet or they will slide right off.

I absolutely love playing with different Glamnetic lashes for different occasions, and my lash extension sadness has been mostly alleviated by them!

Have you tried magnetic lashes? Would you? Let me know in the comments!

Disclosure: I received these products complimentary for review purposes. All opinions are my own.