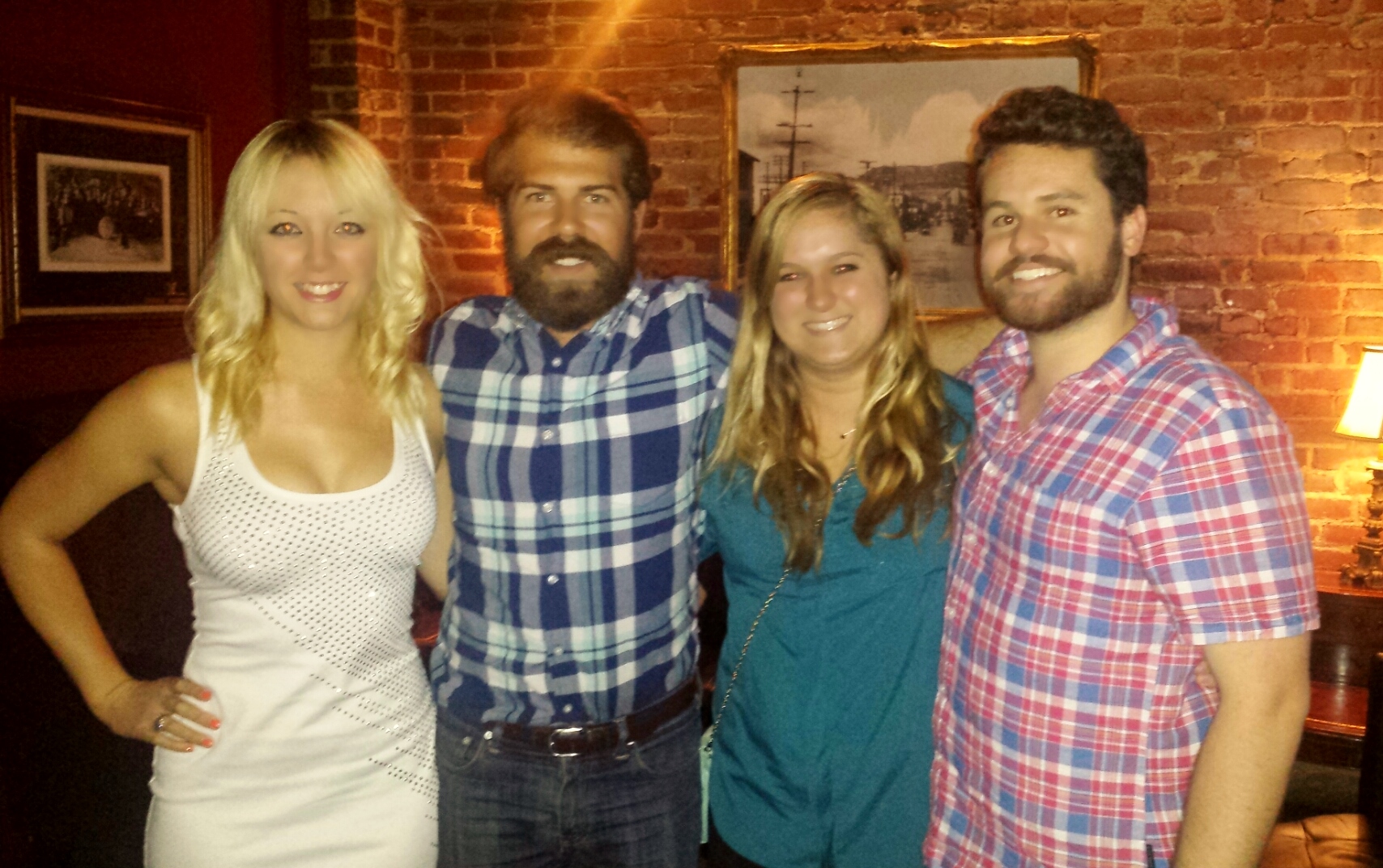 Anyone who is close to me knows that I avoid the Hollywood area like the plague. Clubs, tourists, skeezy promoters, drugs, all of my least favorite things reside in Hollywood. But when my friends Tim and Erica, who live right across the border in lovely West Hollywood, told me about Next Door Lounge, I was instantly intrigued.

Next Door Lounge is the opposite of loud, flashy Hollywood nightlife. It’s an unmarked speakeasy that requires a prior reservation and a password to get in. Valet parking is only $6, there’s an old man in a cheesy magician’s outfit to let you in and the space is very small. They play old black and white silent films on the wall, they have a wonderful happy hour and there is live music certain evenings. Basically it’s AMAZING.

We went on a Thursday night that featured a live band in the corner. It made it hard to talk, but it was a super-neat touch to the atmosphere. Their “Happy Hour”?ends at a respectable 8:00 p.m. here on Thursdays, which gave us plenty of time to order 5 of everything on the delicious menu.

Seriously, if I lived closer to Next Door Lounge I would come here all the time just for the food and drinks. I had a whiskey sour, made the right way – shaken with an egg white. It’s sadly so hard to find bars that include the very important egg white! Cocktails and beers are so ridiculously cheap, so it’s definitely a good place to pregame before going out later.

The food is also amazing. The deviled eggs (4 for $3) are so delicious and are made with vodka and vermouth (what, eggs that get you drunk?). I don’t like vodka, but I do like vermouth and the eggs were just so unique! The dip trio is good – it comes with pita, hummus, a red pepper dip and tzatziki.

The carnivores Ramsay, Tim and Erica ordered chicken and beef sliders, which they enjoyed, as well as a pepperoni and jalapeno flatbread. We had so much food that even though I went in starving, I went out waddling and 10 pounds heavier.

The service was also great – friendly waitresses who were fast and responsive, and who warn you when happy hour is about to end so you can get better deals. This visit to Next Door Lounge almost made me want to drive out to Hollywood all the time. Almost.

Disclosure: This post is not associated with Next Door Lounge in any way. I received no compensation for this post, and I paid for my own food and drinks.