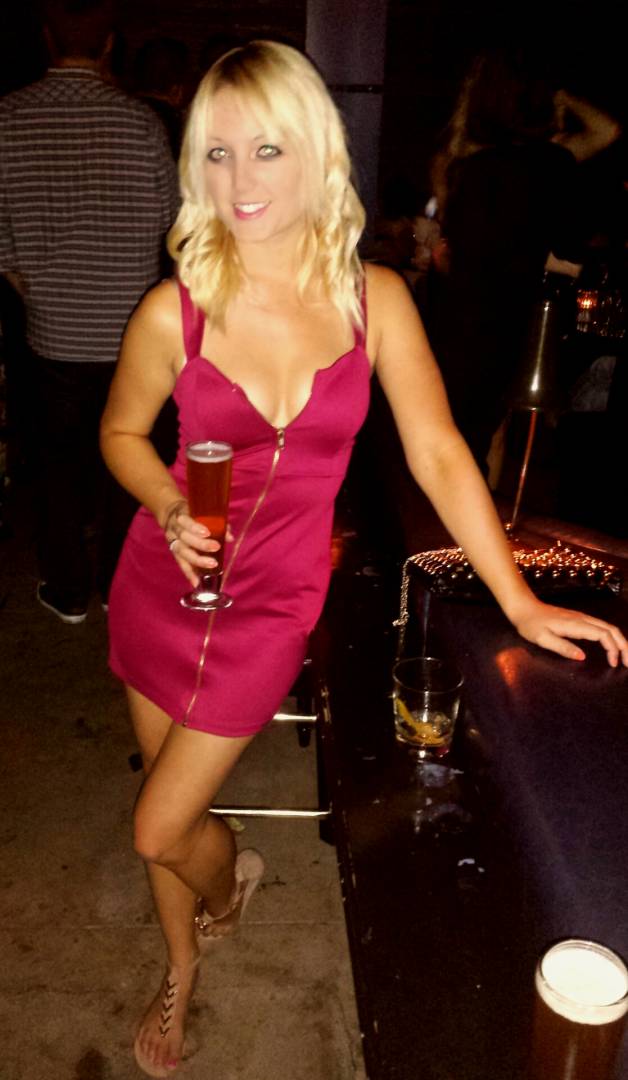 I’m reluctant to tell you guys about my very favorite place in LA, because it’s very small and amazing and I don’t want it to get crowded or have too long of a line. Wow, that was very hipster of me to say. In the interests of not sounding like an intolerable hipster who is afraid of things going”mainstream, I am going to have to spill the beans now.

It’s called Honeycut, and it’s an underground (literally) disco dive bar in the heart of Downtown LA. I’ve always had such a problem with nightlife in LA. I don’t understand traditional bars – sitting at a table and drinking for 5 hours has never sounded like fun to me. In fact, it sounds a lot more like alcoholism.

On the complete flip side, Hollywood clubs and I have never mixed well. Maybe it’s the desperation in the air, the 40-somethings buying 20-somethings drinks in exchange for God-knows-what (and the 20-somethings being ok with it!), the too-loud music, etc. Can’t a girl just go out and drink and dance without getting totally creeped on??

Yes – and it exists at Honeycut. Honeycut is the nightlife that until now has only existed in my mind. Drinking + dancing?? With no cover charge?? What a spectacular and novel idea! Combine that with some of the best bartenders in the country (seriously – it was a Top 10 finalist in the prestigious Tales of the Cocktails Awards) and you’ve got a real winner.

Honeycut is located in an alley on 8th between Figueroa and Flower. Simply head down the alley and you’ll see a blazing neon sign. There’s usually a long line after 10 p.m., so either reserve a table ($$$) or come early. Once you’re in, you head downstairs where 2 more blazing neon signs direct you to either cocktails or dancing. 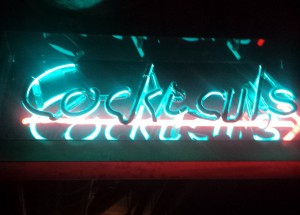 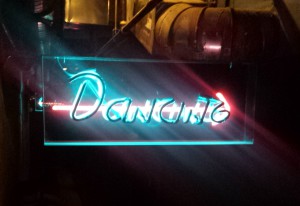 One room has a bar serving up classic drinks and is home to all the tables, booths and chairs. The other room is almost entirely a dance floor, complete with flashing disco squares on the ground. The bar serves up cocktails on draft (??!!) and fun shooters. Drinks are pretty reasonable – shooters and shots will set you back $7, while mixed drinks are about $13.

The best part, though, is the music. The DJs here are second-to-none. I am very picky about music. I am not a fan of house music, and I love 80s and 90s hip-hop and rap (but not new rap). But here, I am normal. The theme of Honeycut is “back-in-the-day disco” so they play your favorite danceable, funky tunes from Daft Punk to Dr. Dre to E40 to TLC to LCD Soundsystem. So many nights have gone by where I’ve looked up, disappointed to realize it was already 2 a.m. and I’d danced the night away.

So if you want to have a fun weekend, drink and dance off some of the calories, check out Honeycut already. Or don’t, and make it less crowded for me.

Disclosure: This post is not associated with Honeycut in any way. I received no compensation for this review. All opinions are my own, and I pay for my own trips to Honeycut. Or Ramsay does, thanks babe <3