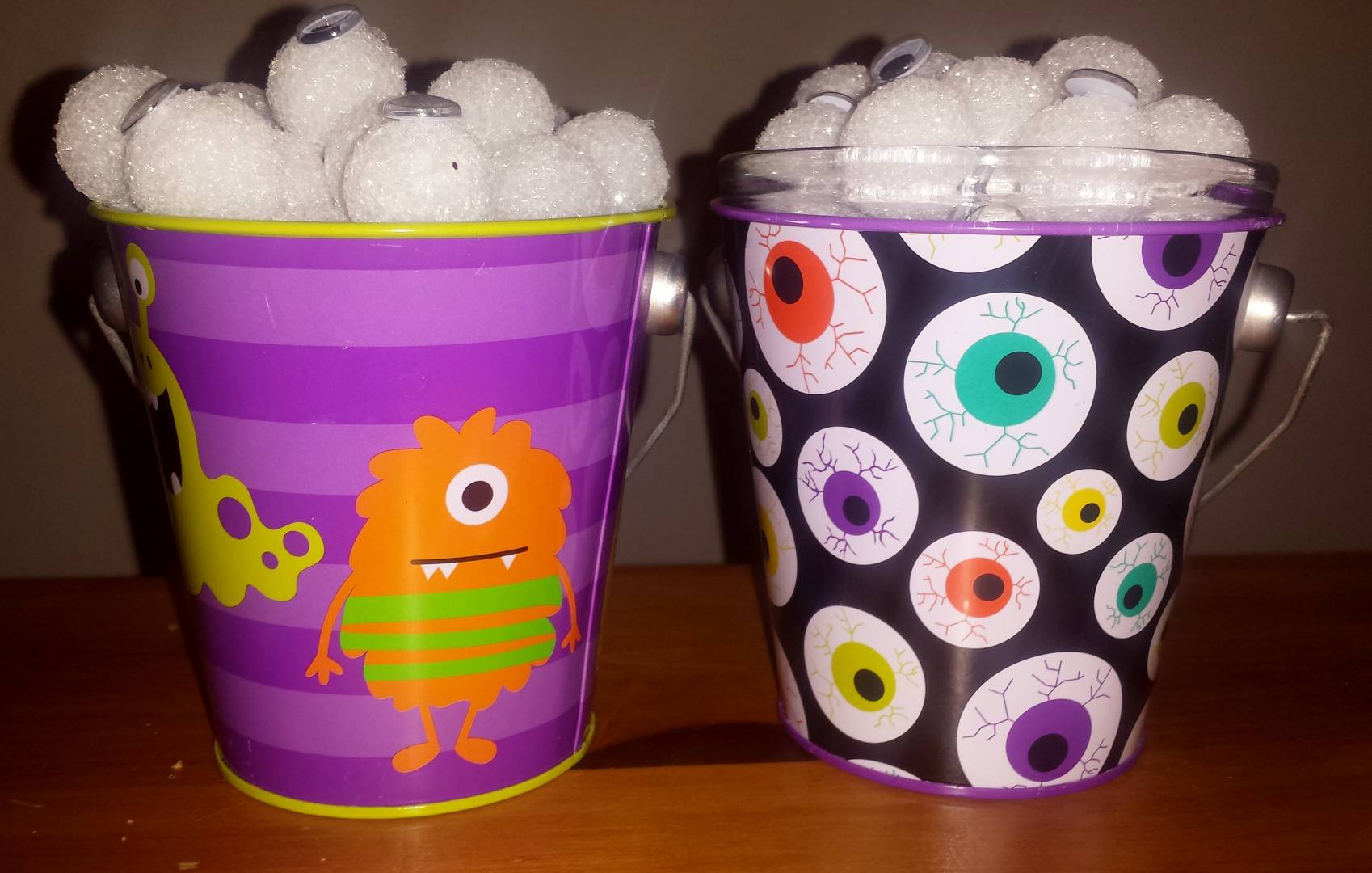 I found this idea on Mad in Crafts‘ Pinterest page and just had to give it a try!

The craft idea originally calls for ping-pong balls, googly eyes and glue. But when I headed to the tiny JoAnn’s in Santa Monica, they did not have ping-pong balls (or like a million other things…grr). So I decided to improvise. 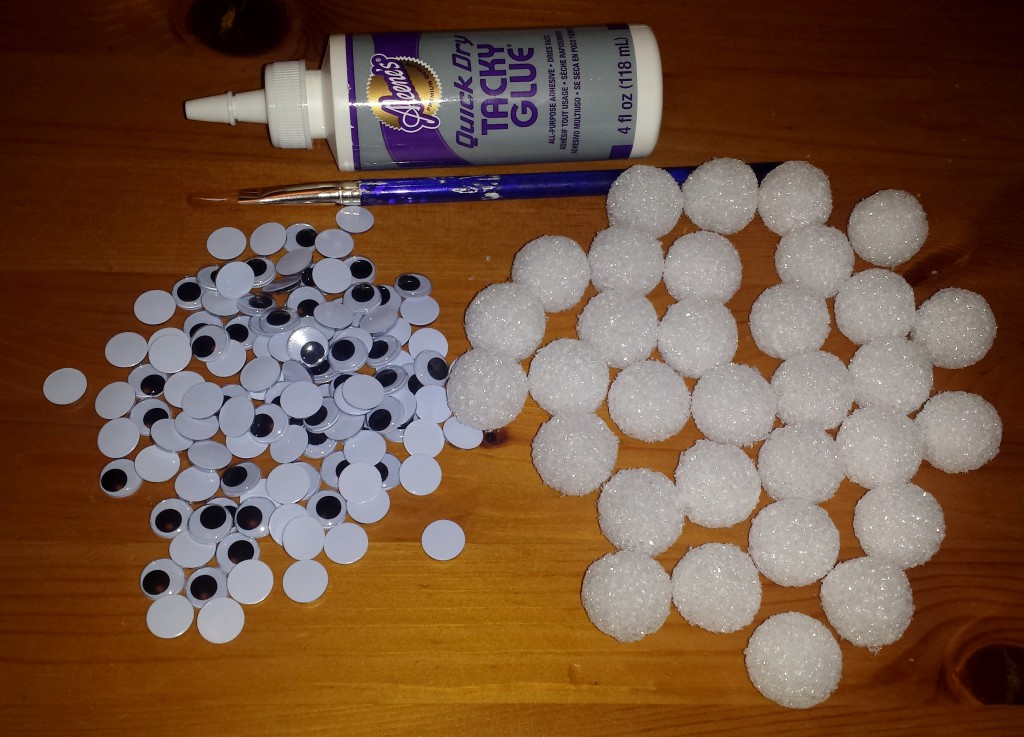 These mini styrofoam balls aren’t perfect, but they are round and numerous! They are a little pricey, around $5 for 16 balls, so I didn’t get as many as I had hoped to buy.

When I got home, I freed all the styrofoam balls from their packages, dumped out the googly eyes and got out my handy dandy tacky glue and paintbrush.

If you read this blog enough, you will know that I cannot rave enough about tacky glue. Far different from Elmer’s glue and super glue, tacky glue is a super-durable bonding agent that works on literally anything. I even glue glitter to wine glasses using it, and the wine glasses are not only usable but washable. Magic I tell you!! 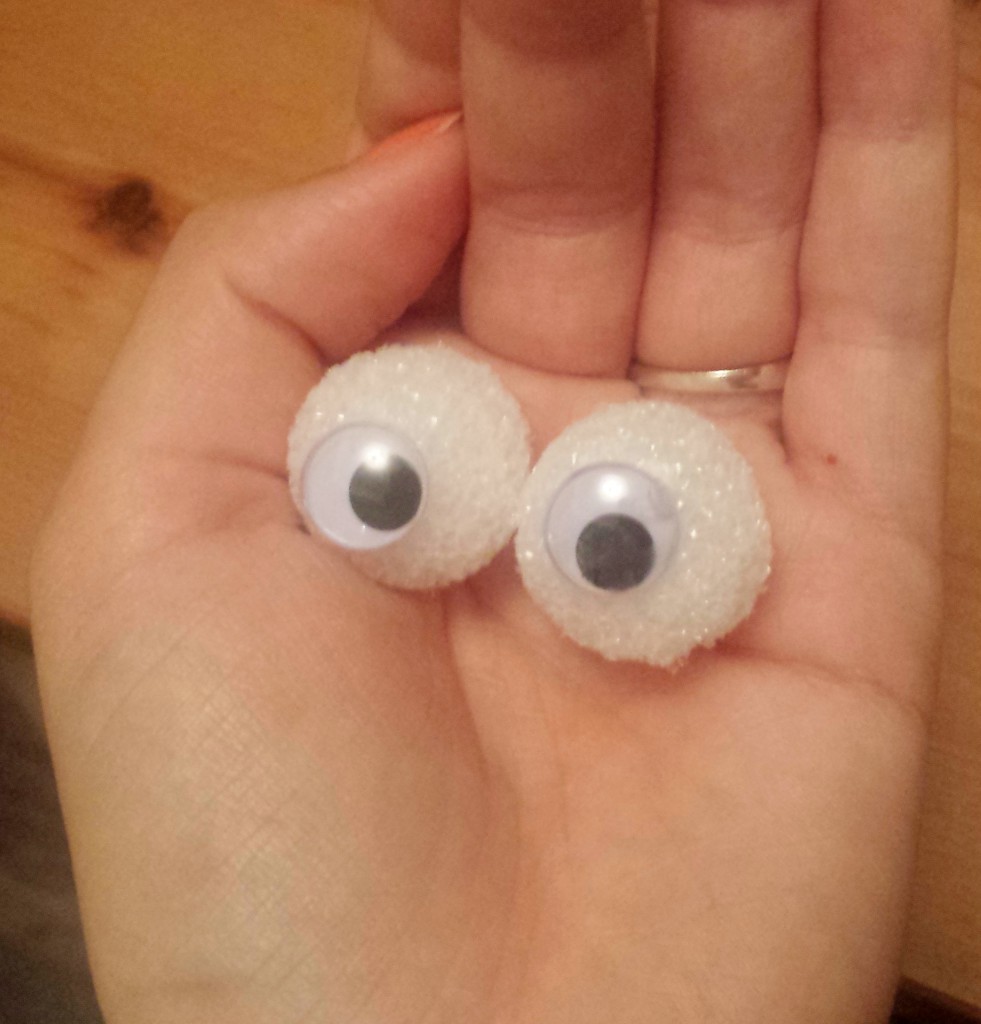 Tacky glue was even able to bind the plastic googly eyes to the round styrofoam balls. I simply painted tacky glue to the back of each googly eye, then pressed it onto the styrofoam ball. The glue doesn’t dry instantaneously, and if you press too hard on the eye it will get messy glue everywhere. So I simply faced the “eyes” face down on the dining room table to let them dry. Placing the googly eye part facing down ensured that the weight of the ball was semi-pushing on it, securing the eye to the ball.

Then I let them dry!

In the meantime, I prepared my buckets. I got these monster-themed Halloween buckets in the Target dollar section a while back, not knowing what I’d use them for but sure I could make them come in handy. Sure enough, monster buckets are the perfect vessel for storing monster eyeballs!

Unfortunately, as the styrofoam balls were so expensive, I didn’t have nearly enough “eyeballs” to fill both buckets with. Yet again, I had to improvise.

Crumpled printer paper in the buckets didn’t support the eyeballs, as the eyeballs just rolled in the creases of the paper balls.

Luckily, I was able to find tupperware/Pyrex containers that had the perfect diameter to sit inside the rim of the buckets! Suspended above the bottom of the bucket, these containers allowed me to fill them with eyeballs (and one crumpled ball of white paper) but avoid filling up all the space in the buckets! So at first glance, it appears that the buckets are overflowing with eyeballs, but there are really just a few. Brilliant!

I put the buckets together and placed them around the house. One bucket is the centerpiece of the dining room table and another is on the coffee table. I love showing them off to everyone that comes by! 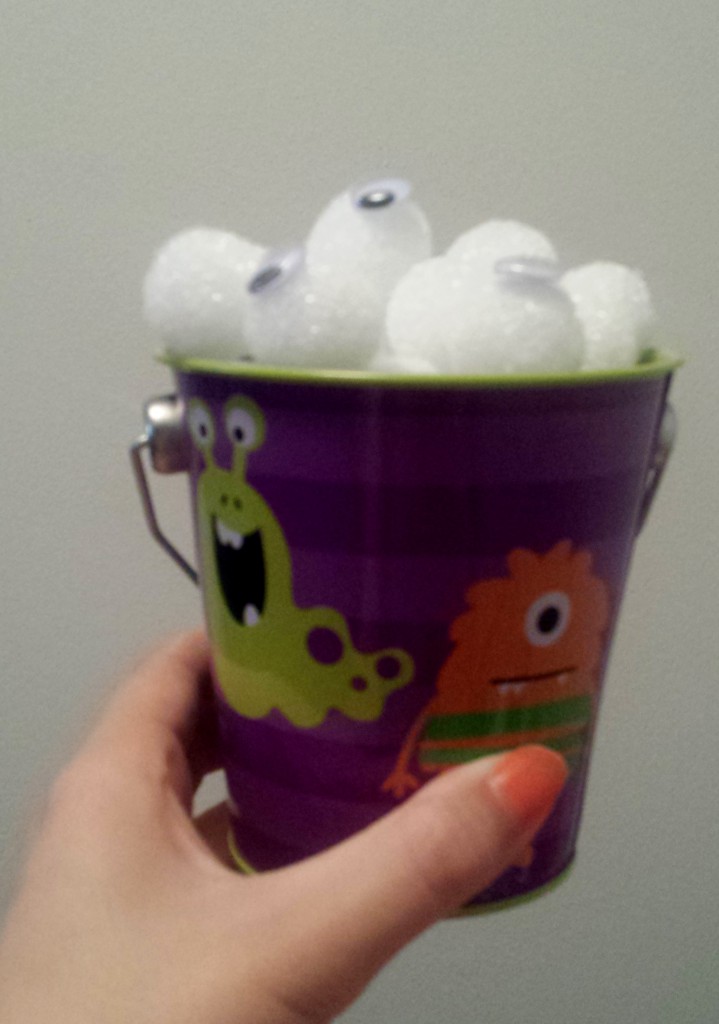 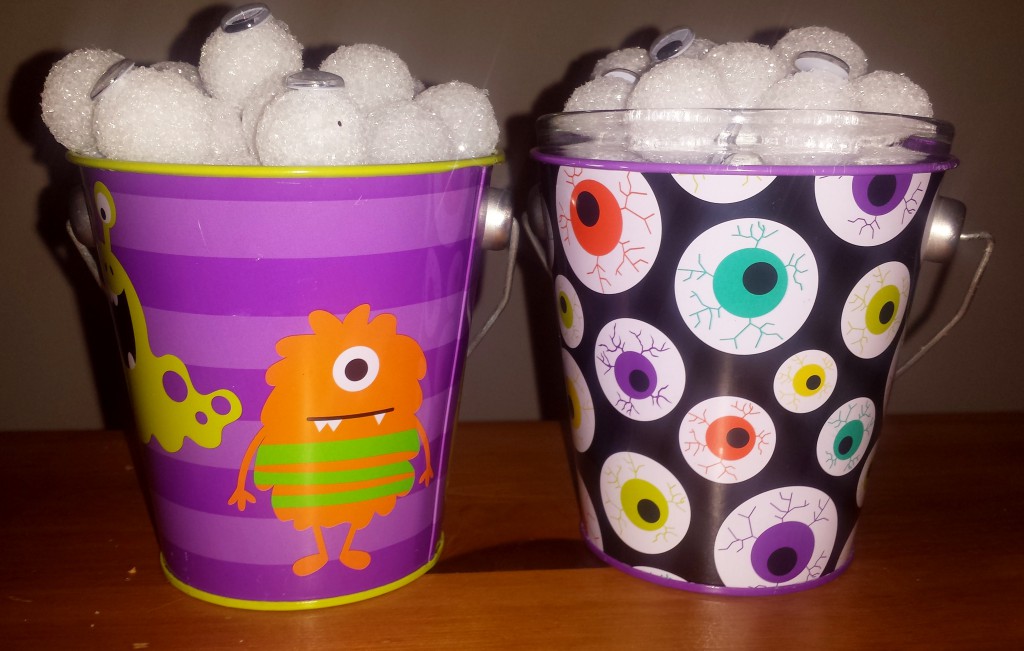