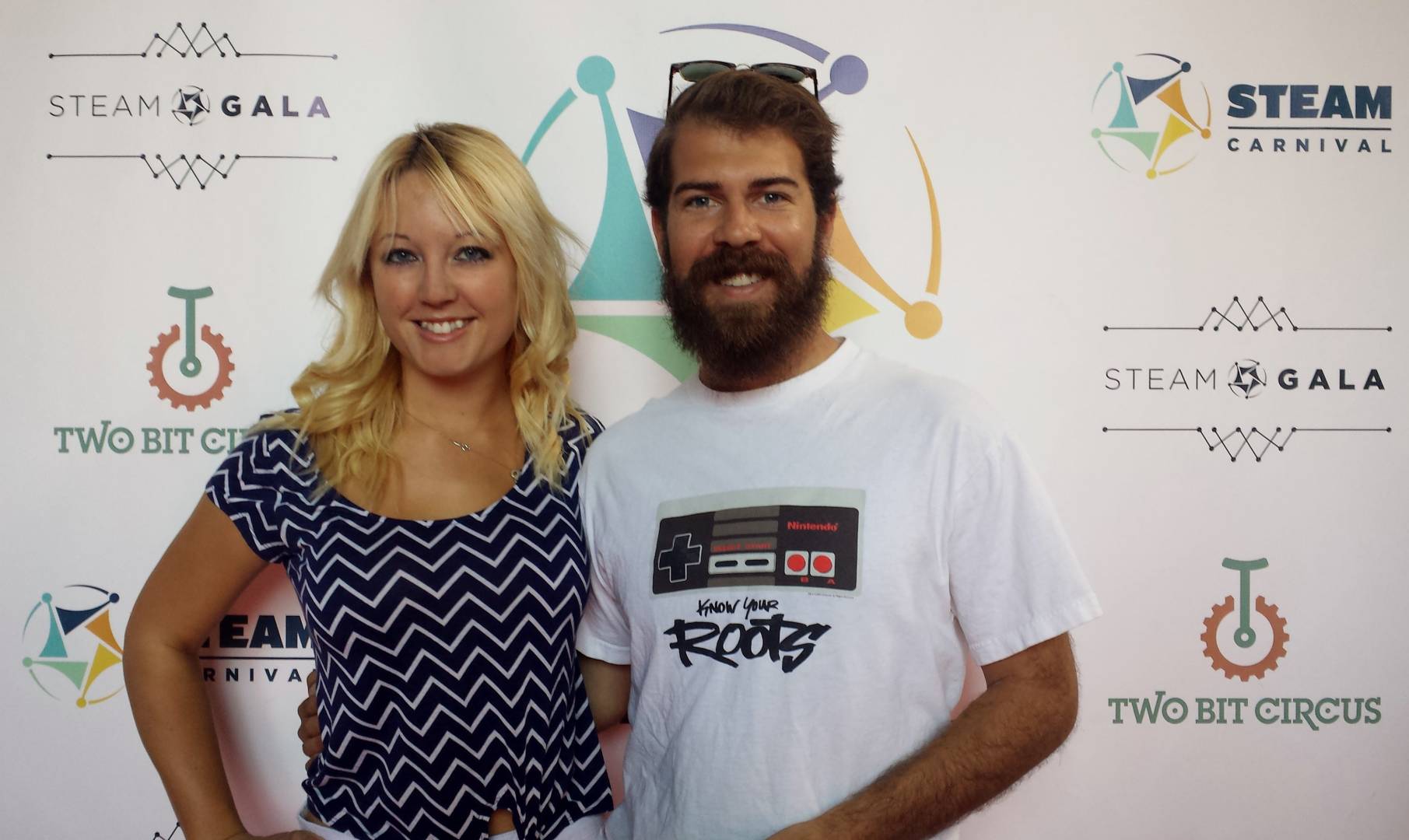 This past weekend marked the first STEAM Carnival at the Port of Los Angeles in San Pedro, Calif. The STEAM Carnival was devised by LA-based engineering and entertainment company Two Bit Circus, a team of engineers, inventors, artists, educators and entrepreneurs who are dedicated to tech and to showing kids just how fun tech can be.

The “carnys” take the traditional STEM subjects of science, tech, engineering and math and add in “A” for art, design and creative problem-solving skills. Currently, only 20 percent of the American workforce has these highly marketable skills, and about 60 percent of American jobs require them. Clearly, we need to train more STEAM-skilled people. Two Bit Circus decided to hook kids on tech early on by taking the experience out of the classroom! 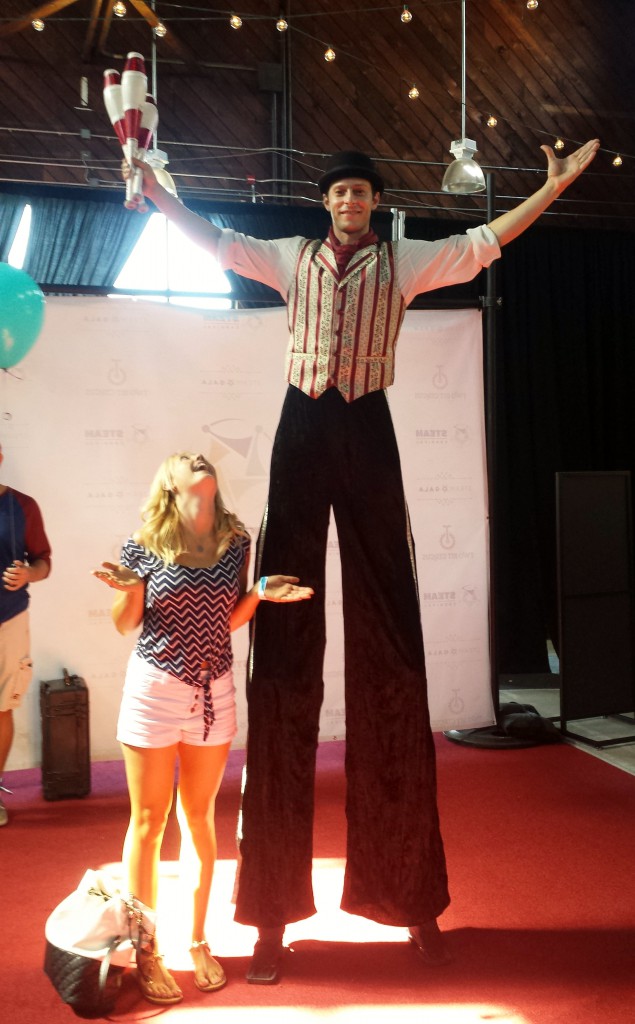 I first heard about Two Bit Circus and the STEAM Carnival over a year ago, when my boyfriend backed the event on Kickstarter. Since then, he’s been counting down to the event! I have never been one for the “STEM” subjects, preferring writing, English, history and the liberal arts, but I was game to see how they could make technology fun for me. So off we went!

Immediately when we arrived, we were greeted by the delicious smell of food trucks, men on stilts and women in steampunk costumes. So basically, it was exactly what I expected (the STEAM Carnival is also a play on the recent steampunk movement).

After taking silly pictures with a guy on stilts, we began to explore. One room was entirely filled with games that were created using programming, coding and engineering, although they looked like they were made with magic. Another room, called “The Lab, featured sponsors” booths, from IBM to Intel and even Caine of Caine’s Arcade, who brought along some of his cardboard creations for attendees to play with.

Being at the STEAM Carnival is supposed to make you feel like a little kid, if you aren’t a little kid already (the carnival was designed to get kids into engineering and computer programming). Some of my favorite games included the wall of buttons, where you compete against someone to push all your buttons at once (it ends up a bit like vertical Twister and I banged up my chin); a camera that swaps your face with others like Carl Sagan and Frida Kahlo; a “Hexacade” that is like a horizontal vertical video game table – you and 5 others roll cursors to eat up bubbles, go through mazes and more; actual “horse racing” in which you rock as fast as you can on a rocking horse to make your virtual horse go around the track, and so much more.

Outdoors was even more fun – a human foosball set-up complemented a see-saw maze game where 4 people must work together on 2 seesaws to work their way through a maze.

I even got to play with a real-life theremin. And not just that, but a theremin that controls fire. And we met R2D2! 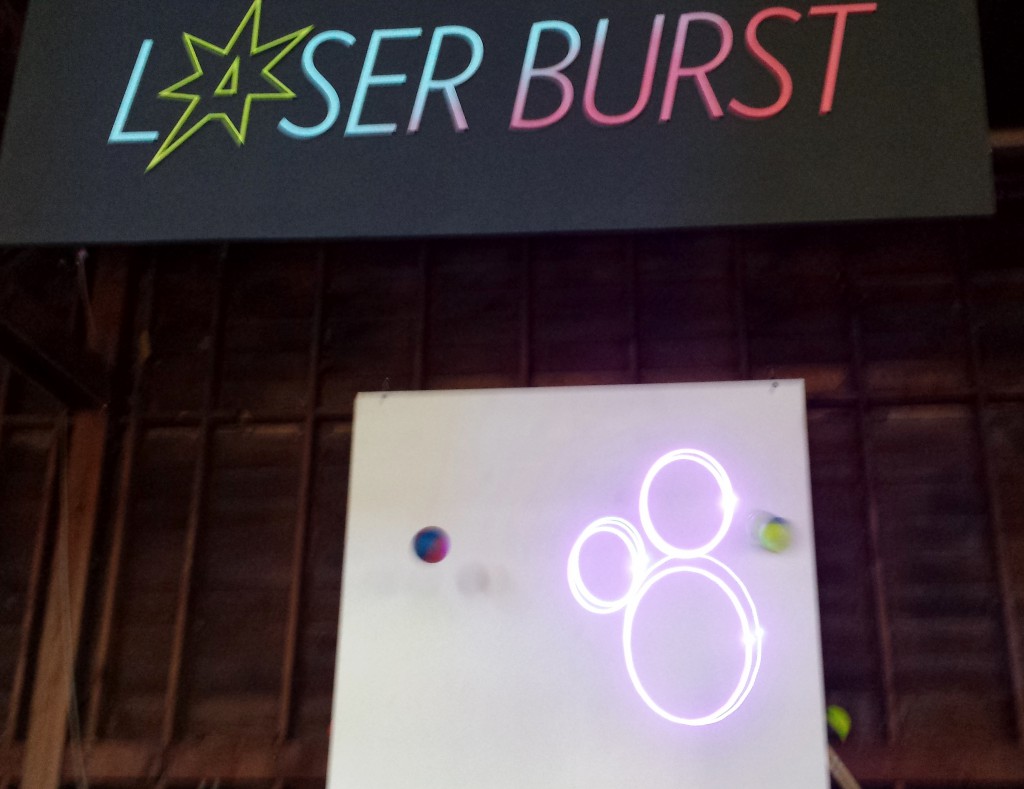 I don’t know much computer programming, but boy do I wish I did after this! I had no idea all the neat things that technology and coding can make. It isn’t all just ones and zeros and mass-produced devices. Engineering is also creating a robot that can play catch, making a video game out of scraps, creating a laser wall that plays sounds when you throw balls at it or taking pictures of people by shooting lasers around them. And THAT is cool.

Learn to code for free by using Code Academy HERE.

Disclosure: This post is not associated with Two Bit Circus or the STEAMCarnival in any way. I received no compensation for this post.