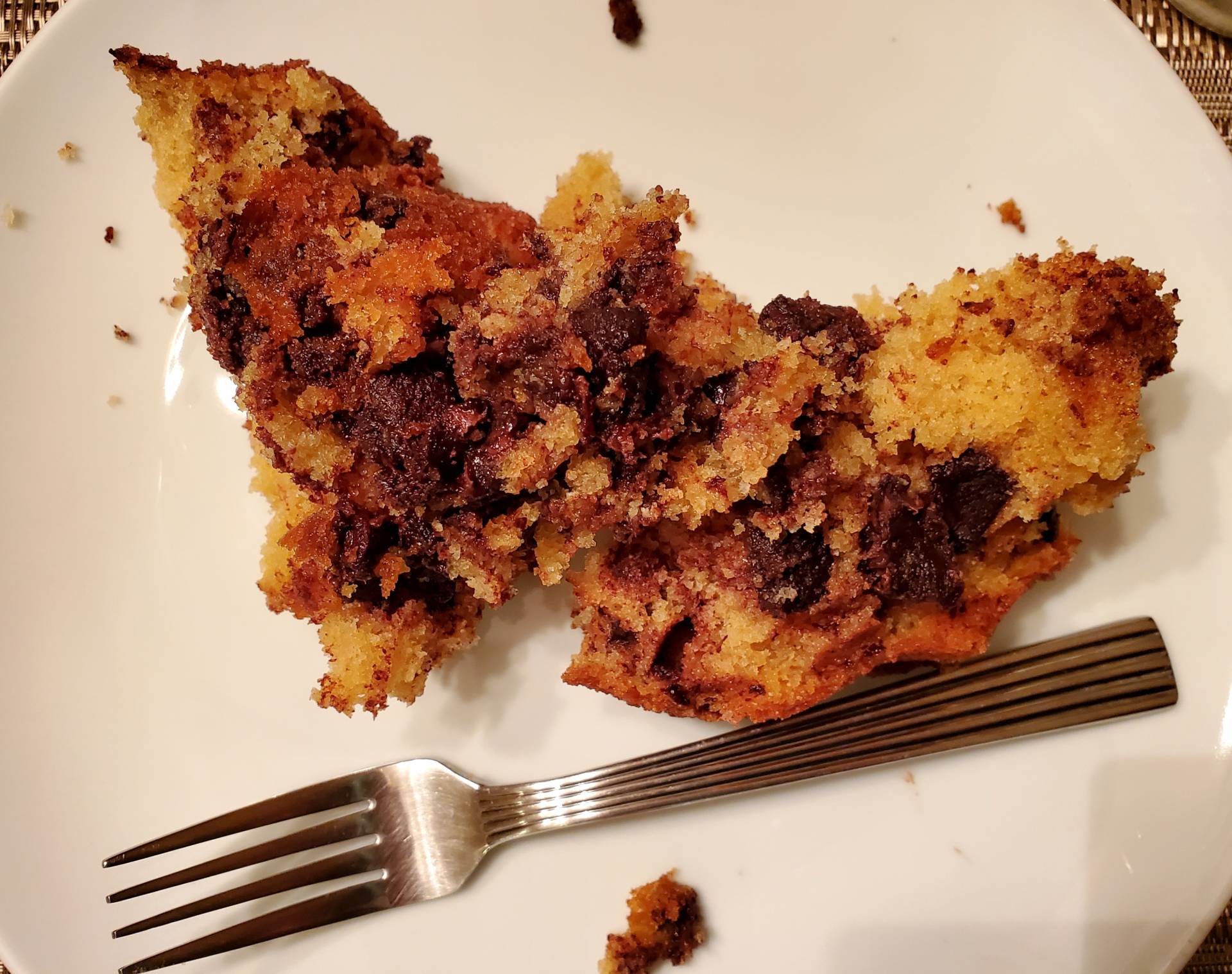 For my husband’s birthday, I wanted to make something new and different from the basic layer cake (which I am TERRIBLE at frosting and decorating, anyway).

I remembered we recently had a conversation about how much we love cinnamon and “Snickerdoodle” flavored things, so I opted to try out this Snickerdoodle Chocolate Chunk Bundt Cake recipe!

You’ll see that the “after” photos are sadly lacking. I greased the bundt cake pan WAY too early, resulting in the sides not being greasy enough. I also think that 2o minutes may not have been long enough for it to cool before removing. Basically the whole bundt cake fell apart as I was removing the cooled product from the pan. It was pretty tragic and made it hard to photograph (let alone put candles in and sing “happy birthday” with)! However, the taste was ABSOLUTELY INCREDIBLE and totally worth sharing, which is why I’m posting this blog post despite the lack of pretty pictures. 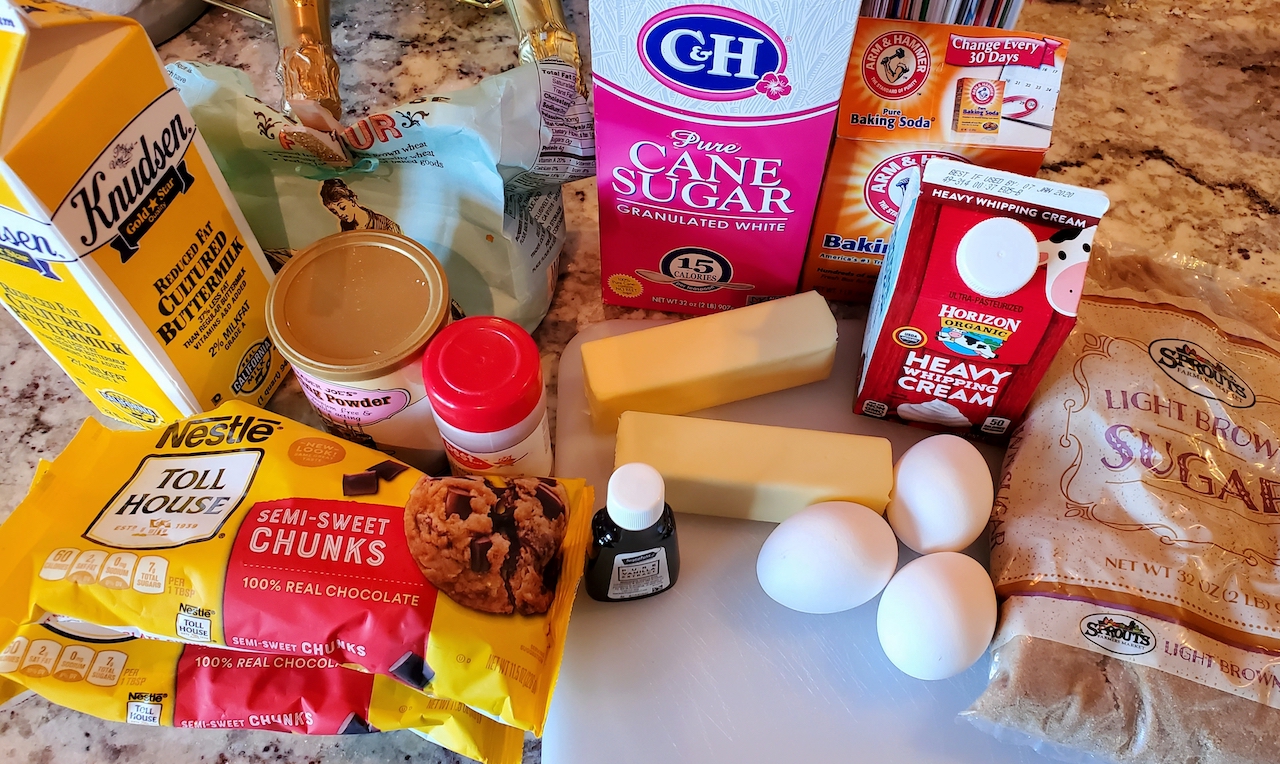 2. Using an electric mixer fitted with the paddle attachment, cream the butter, light brown sugar and 3/4 cup of the granulated sugar until light and fluffy, about 4 minutes. 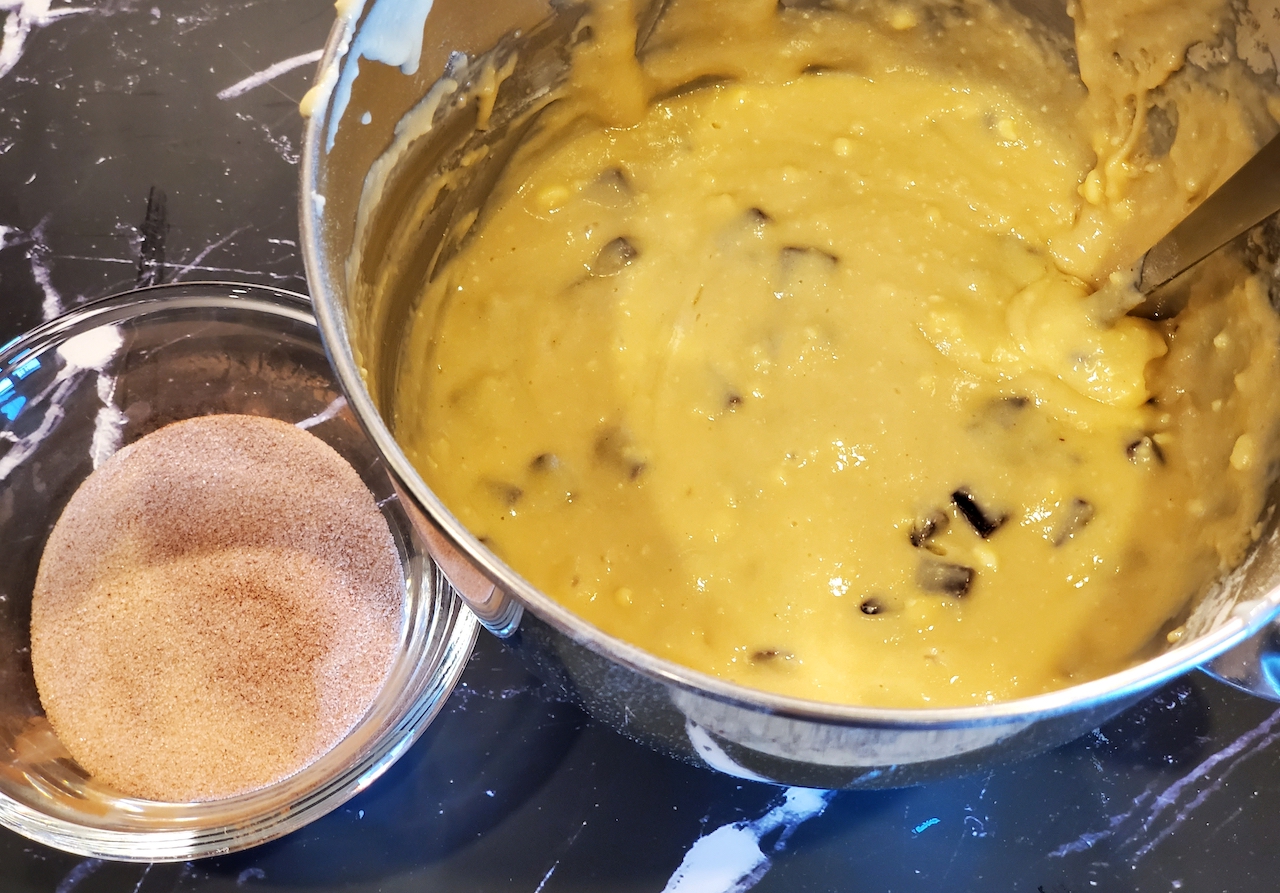 3. Add in the eggs one at a time, scraping the bowl well after each addition.

4. Mix in the vanilla extract.

5. In a medium bowl, whisk together the flour, baking powder, baking soda and salt. Add the dry mixture to the wet mixture in three additions, mixing until well combined with the paddle mixture. Alternate wet ingredients with buttermilk until both are well incorporated. 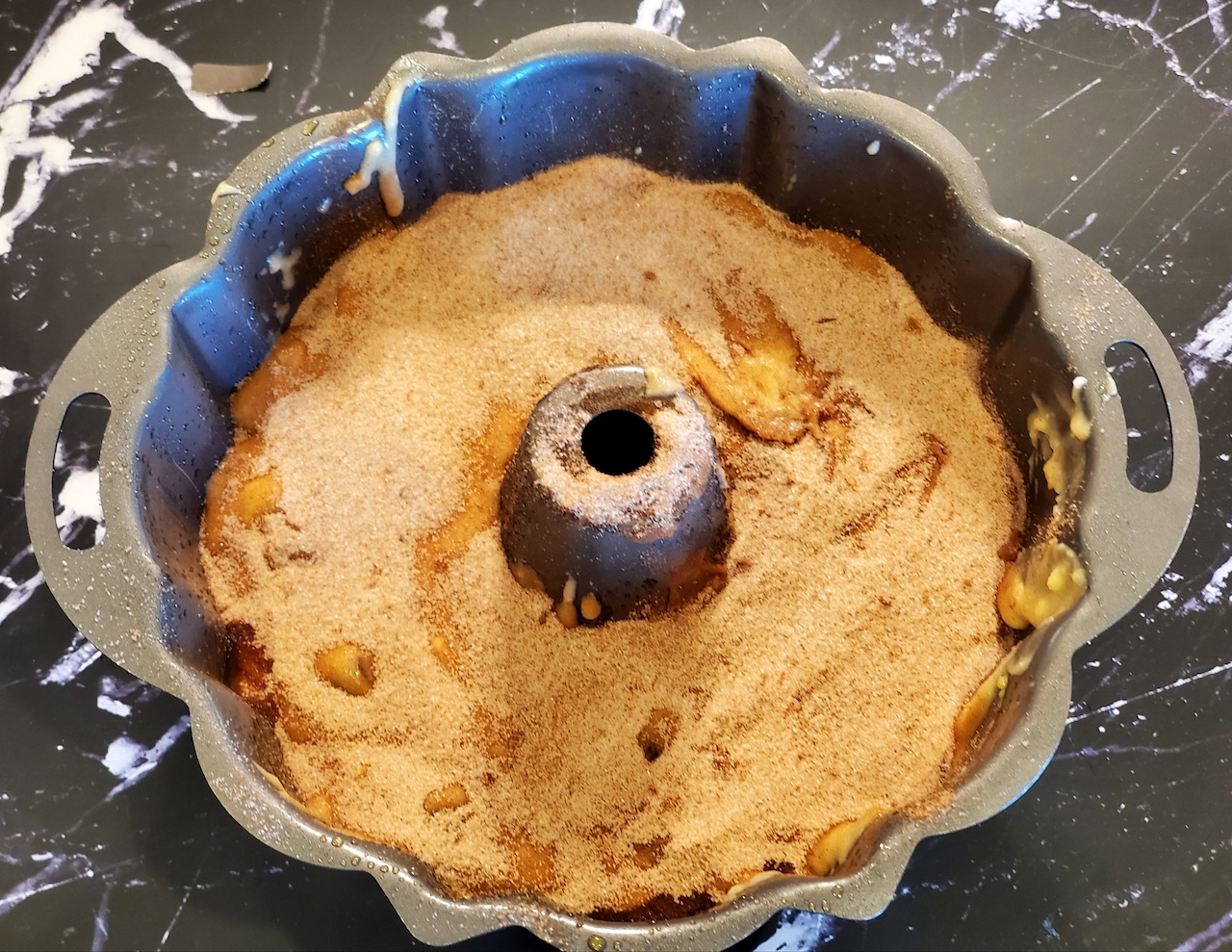 8. Bake for 60-80 minutes, or until a toothpick inserted into the center of the cake comes out clean.

9. Cool bundt cake in pan for 20 minutes, then transfer to a wire rack to cool completely. 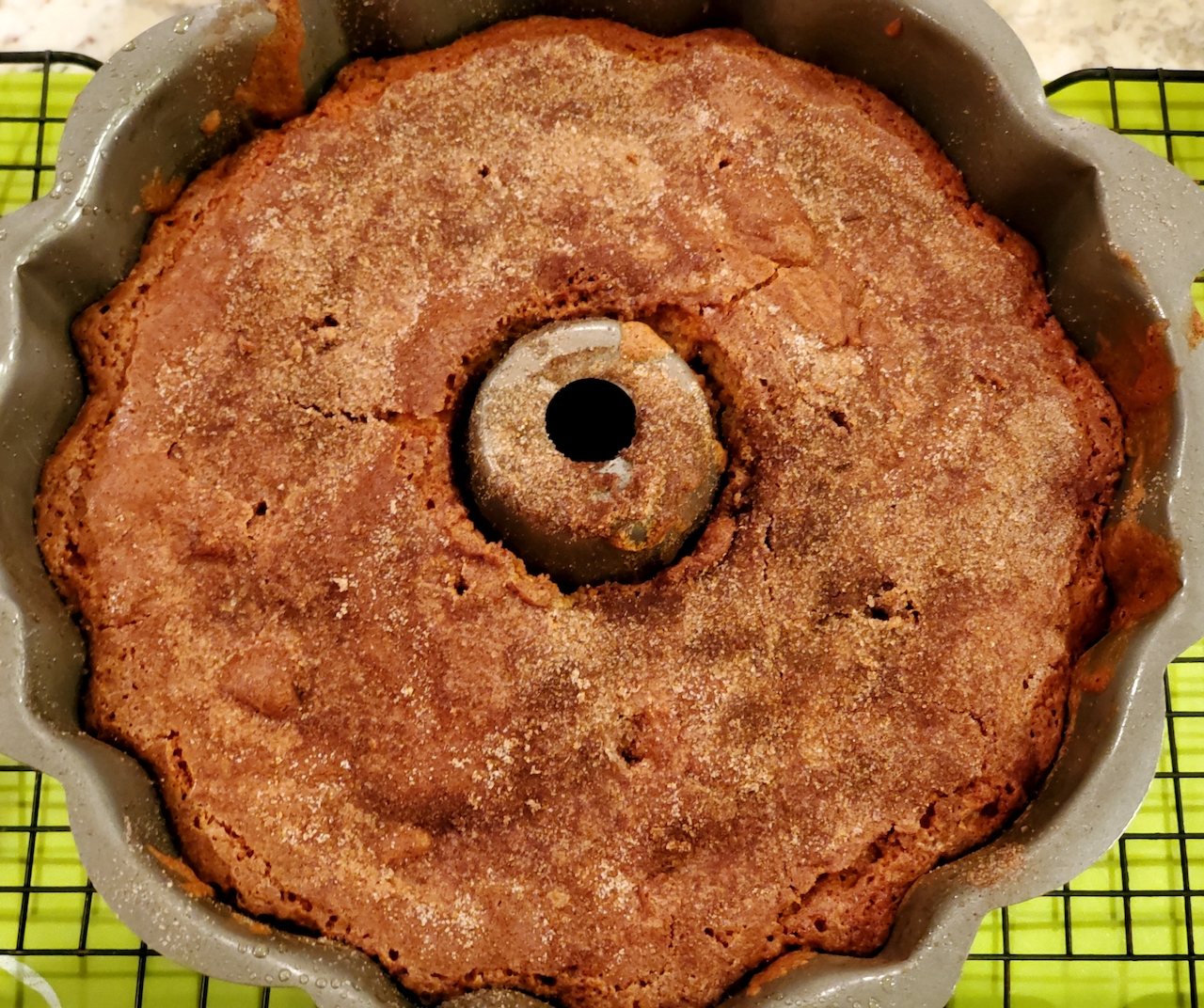 The original recipe calls for creating a glaze out of chocolate chunks and heavy cream, but honestly this cake is SO rich that I would highly advise against doing this. It would overwhelm the flavor and be too sweet. If you do want to add this glaze, check out the original recipe at PureWow! 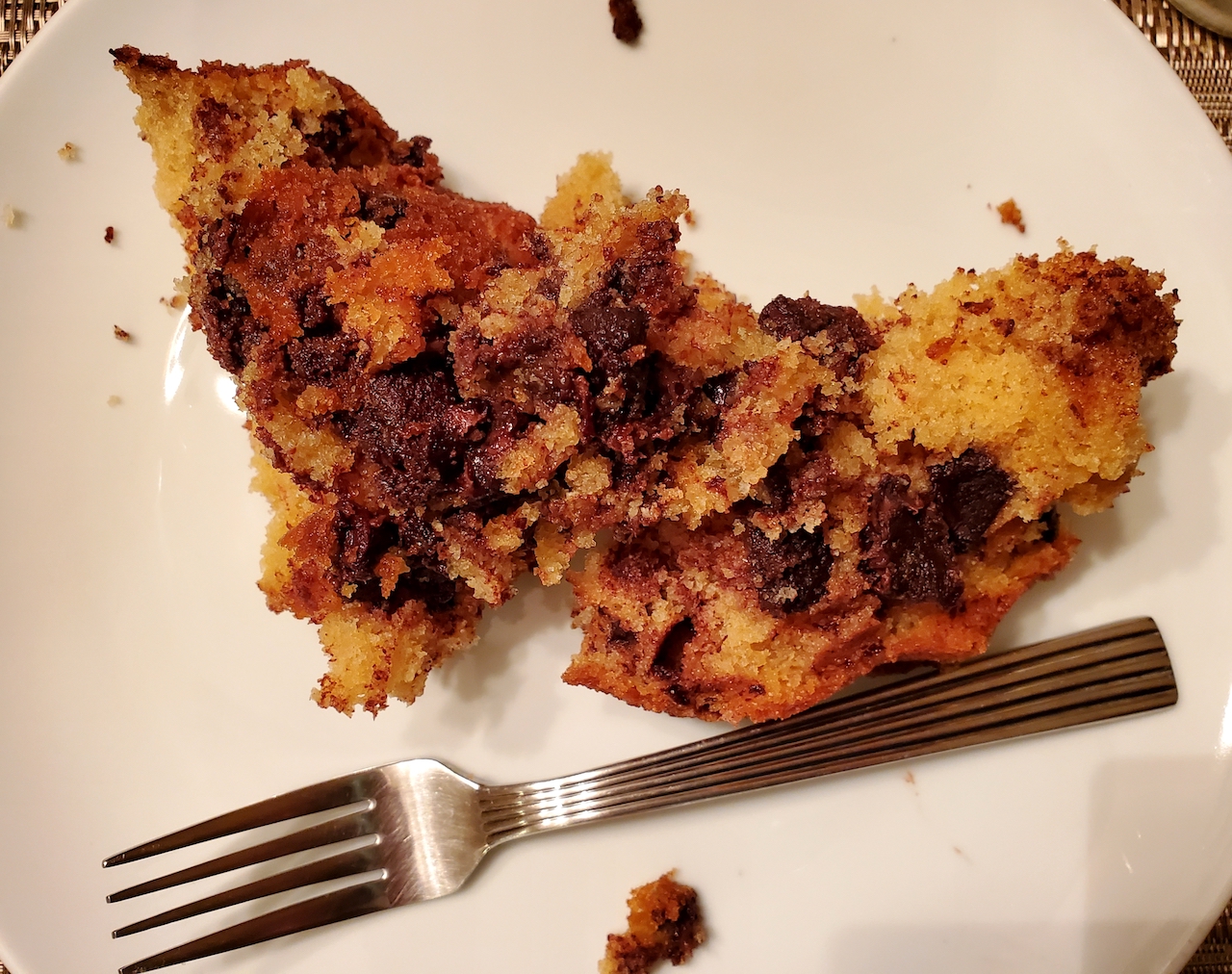