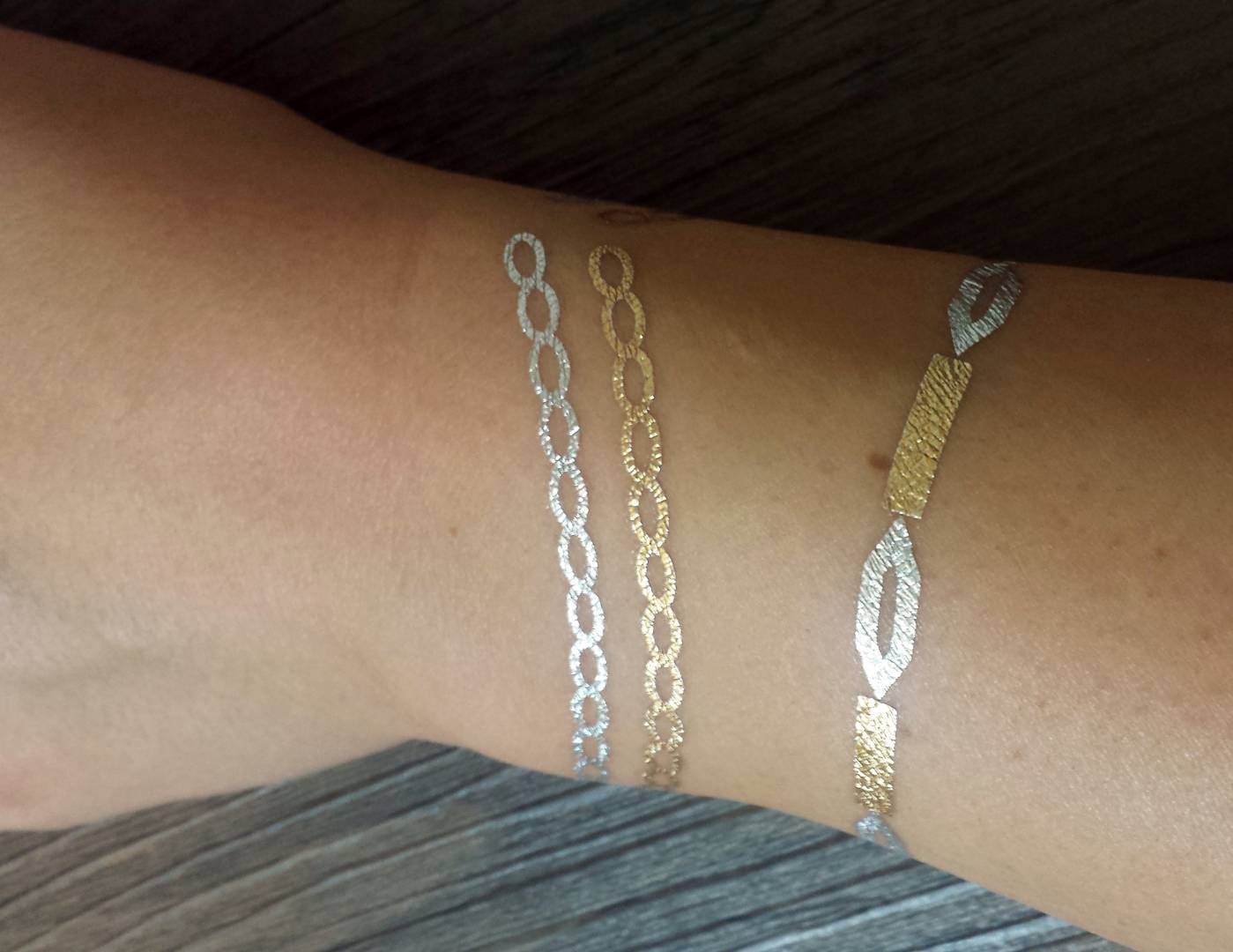 I don’t think I’ve ever been as jealous of anyone or anything as I was when I saw everyone, literally everyone, wearing these metallic jewelry-esque temporary tattoos at a pool party at The Standard Downtown. Everyone was wearing them, from gold and silver chain prints to shoulder designs to necklaces and rings. They were SO COOL. But when I approached people and asked them where they got their temporary tattoos, they all said that they were just handed to them as promotional items at other events. THANKS FOR THE HELP YOU GUYZ.

So I put my excellent Internet detective sleuthing skills to work (thanks, PR career) and went online. It wasn’t long before I discovered that these majestic shiny things are called Flash Tattoos, and you can get them at FlashTat.com. Mystery solved! 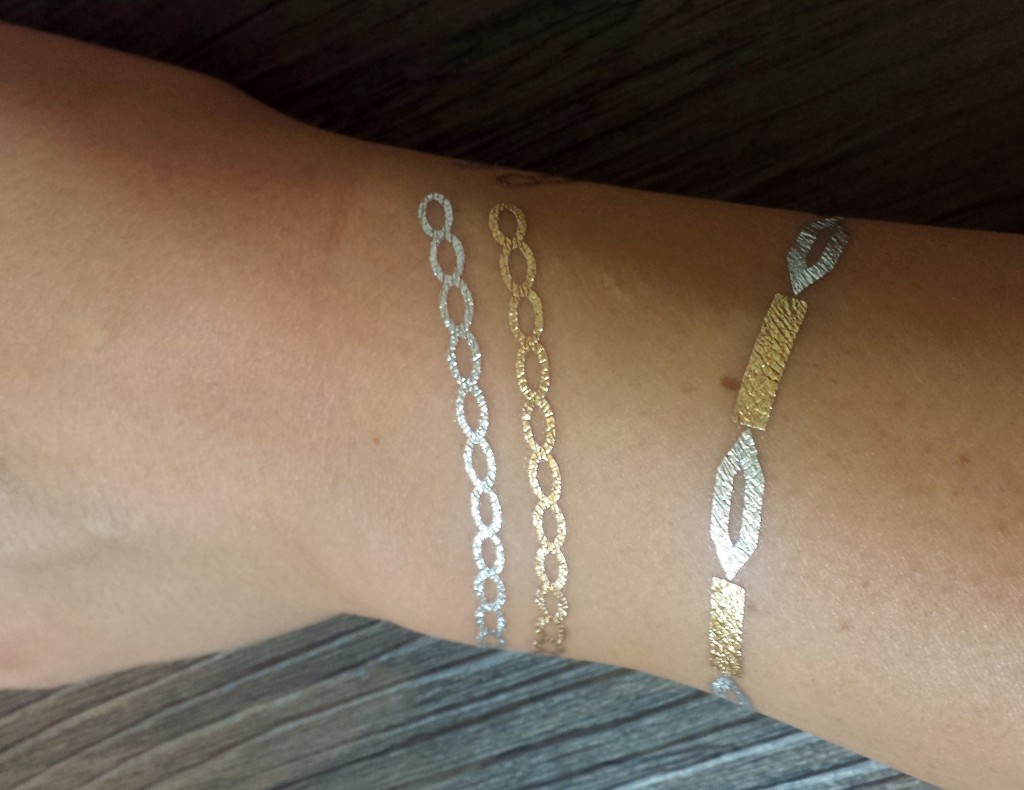 Flash Tattoos come in all sorts of cool designs. The different design packs are all named strong independent woman names, which I thought was pretty neat. Nikki, Sofia, Zahra, Sheebani, Chloe and Dakota are just some of the options, with the Lena pack being the most popular pack. Lena is also the pack I fell in love with. The silver and gold chains, sleek lines and arrows really appealed to me, and weren’t too flashy. They actually resemble real jewelry. 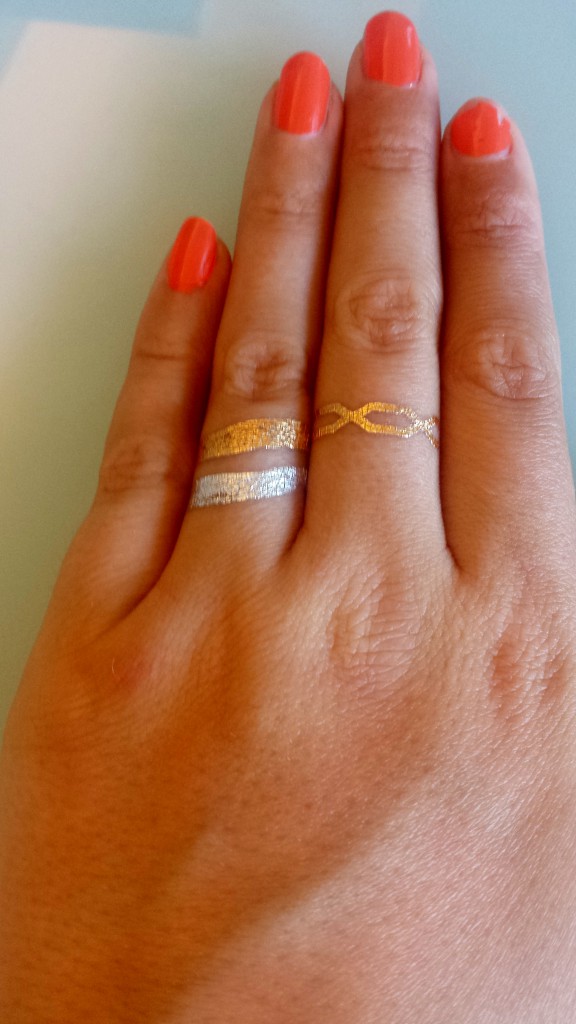 As Flash Tattoos are a HUGE trend in LA right now, I expected to pay out the ass for my shiny new toys. However, 4 sheets of Lena tattoos were just $22! Ok…that’s reasonable. But how much are they going to screw me on shipping, I wondered? Wait, just $2 to ship them via USPS? What’s the catch?

My $24 purchase made me super happy. But not as happy as when, just 1 business day after ordering them, I received them in the mail! What other service is so snappy with their shipping??

I promptly proceeded to have a glass or three of wine, cut out my flash tattoos and put them all over. Then I took pictures. I am one super-duper happy camper. 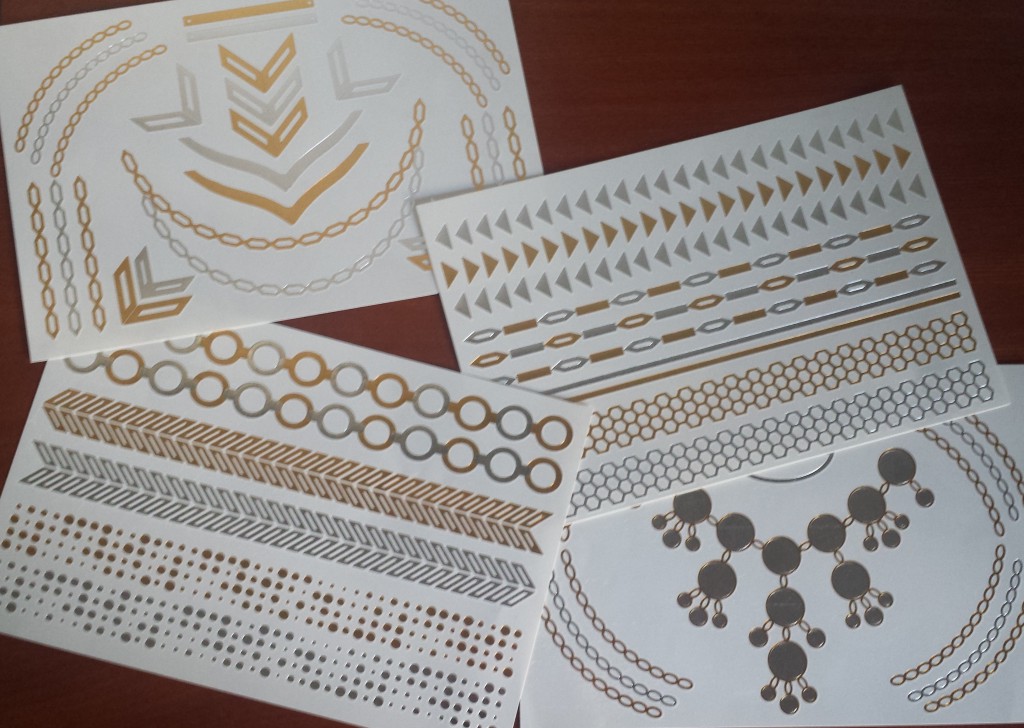 I’m not sure how long this trend will last, so I’m kinda just covering myself in the tattoos now in case they are totally *out* next week. But if the trend sticks around, I know where to get more, and at a pretty good price too!

*Update: the bracelet and design tattoos stick REALLY well! After showers and hot tubs and hand-washing, the tattoos are still just as shiny as ever. However, the ring tattoos are kind of a waste of time. They peel off instantly.

Disclosure: This post is not associated with Flash Tattoos in any way. I received no compensation for this post. 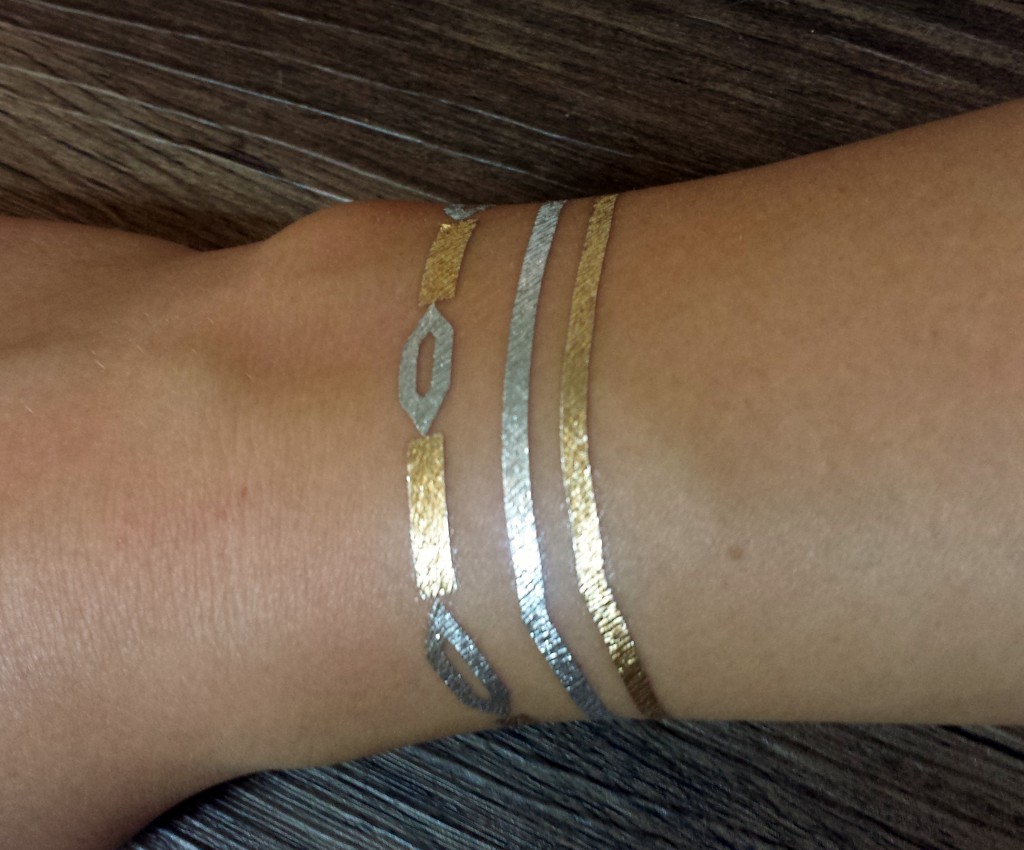 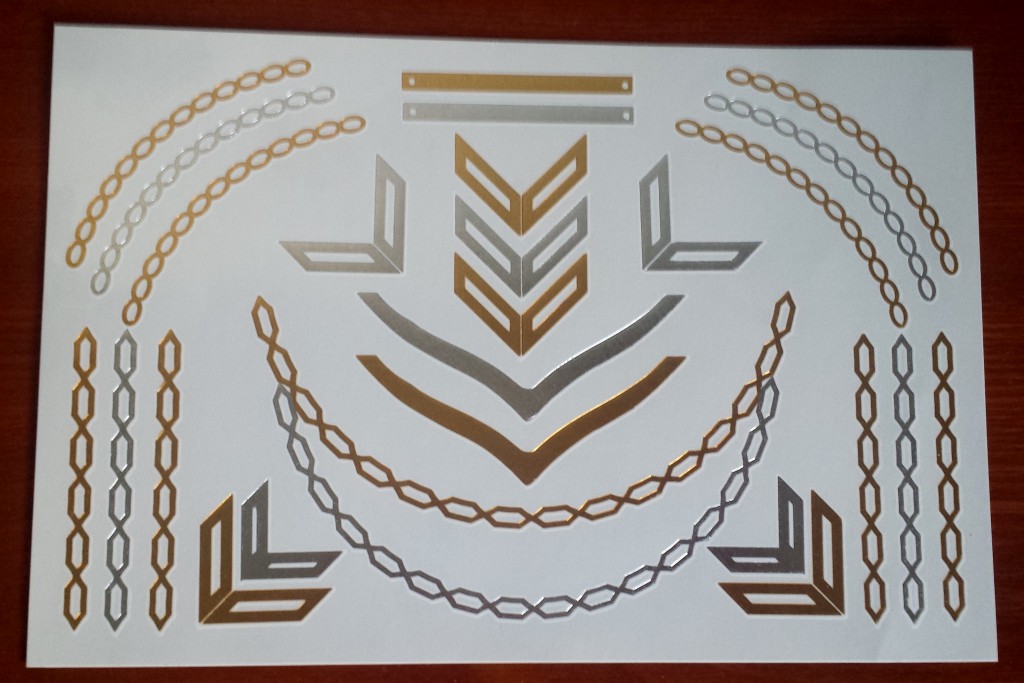 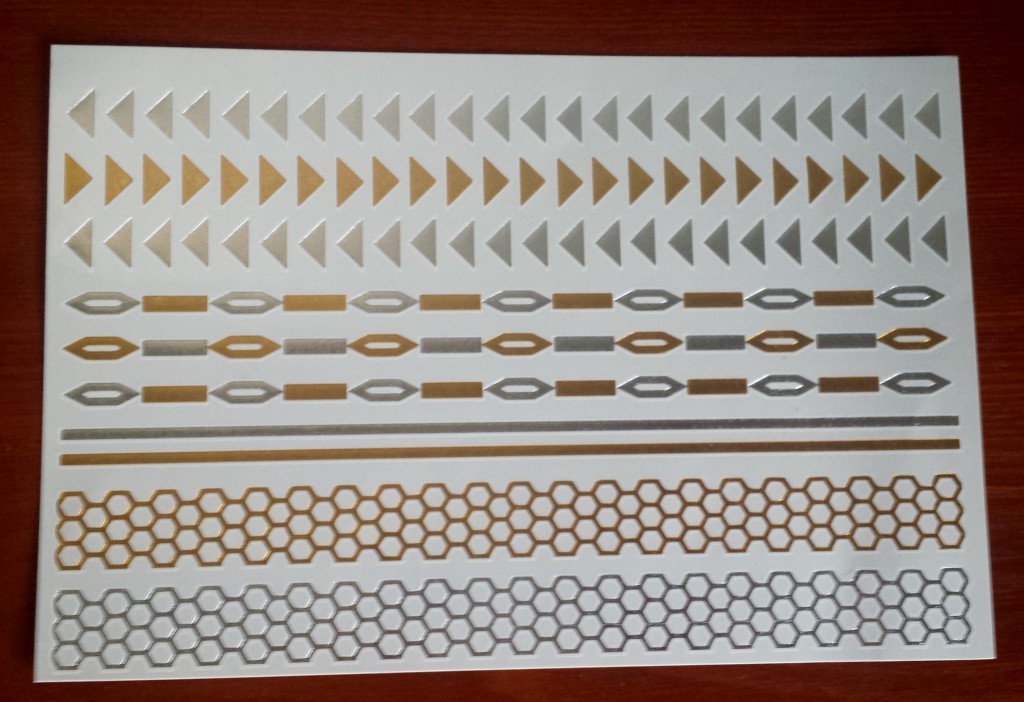 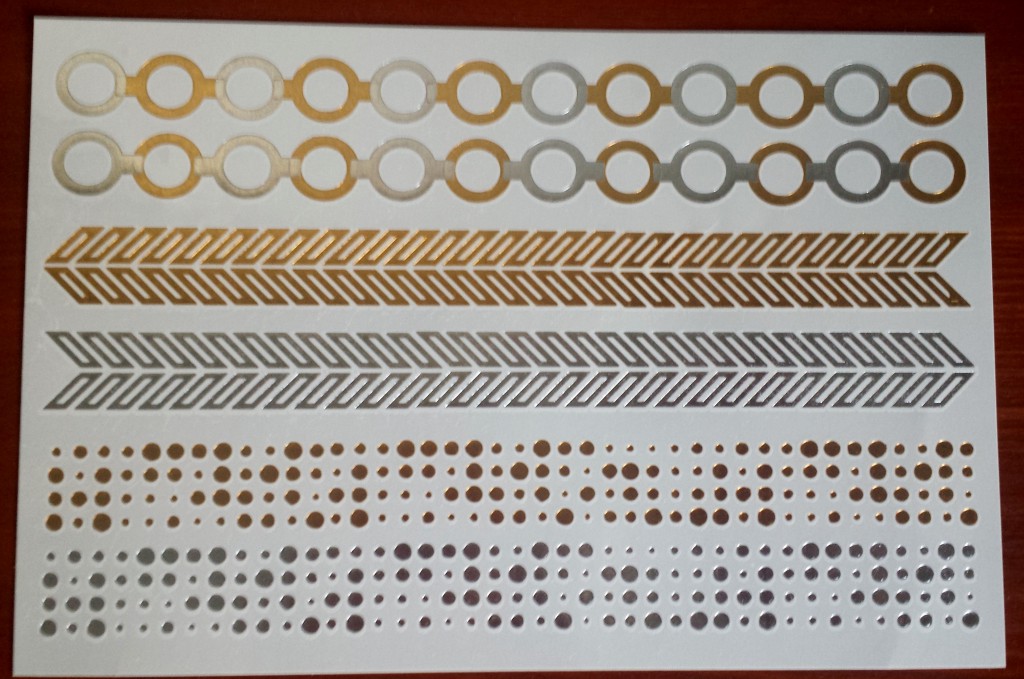 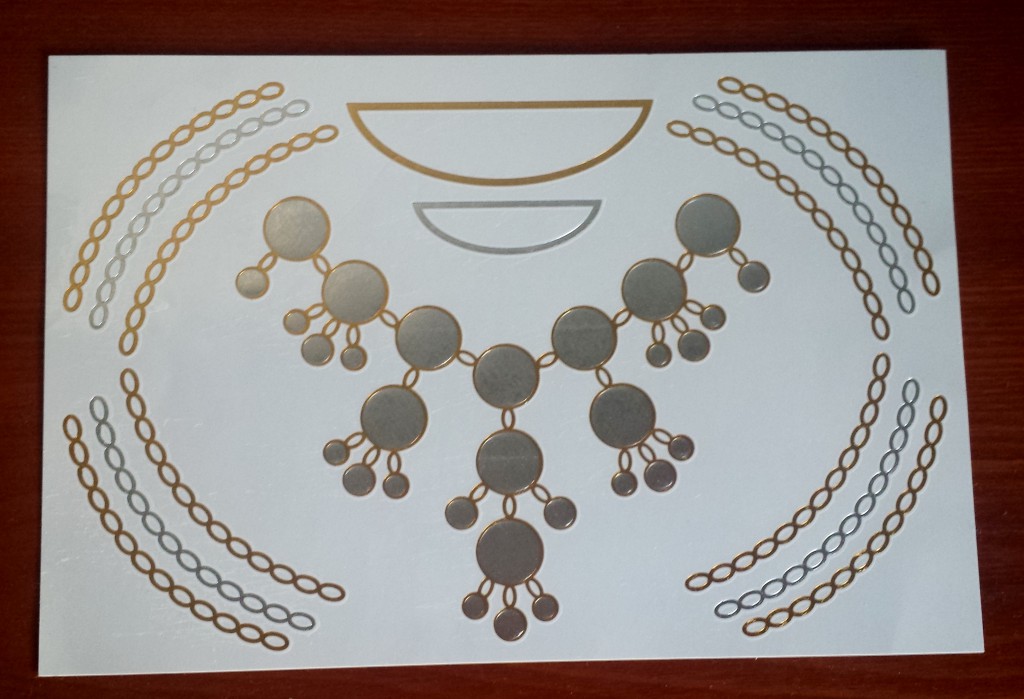 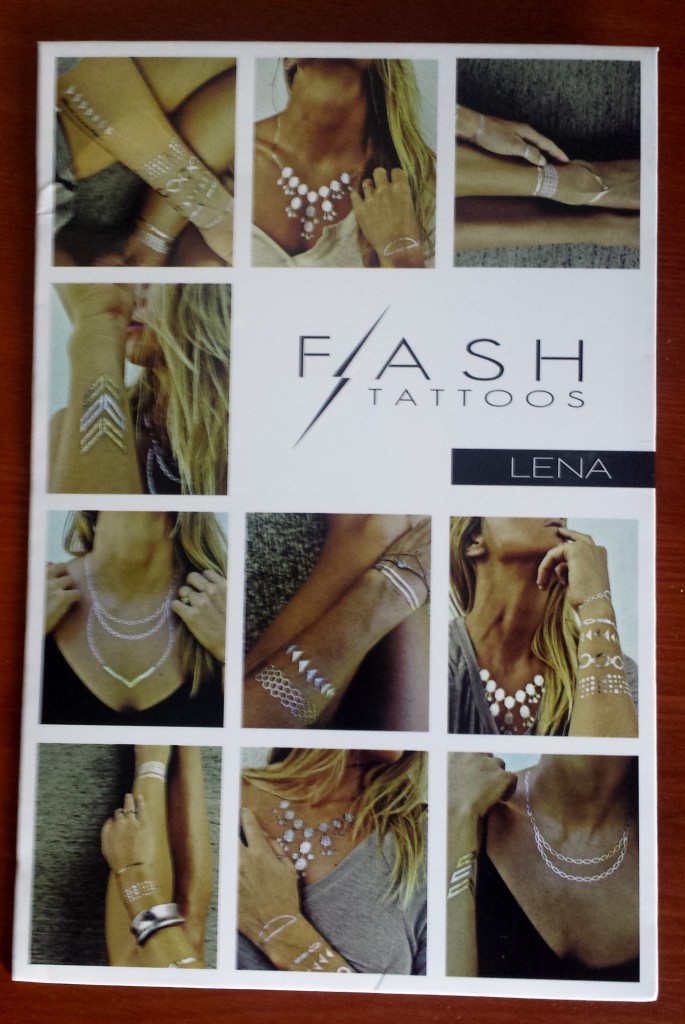