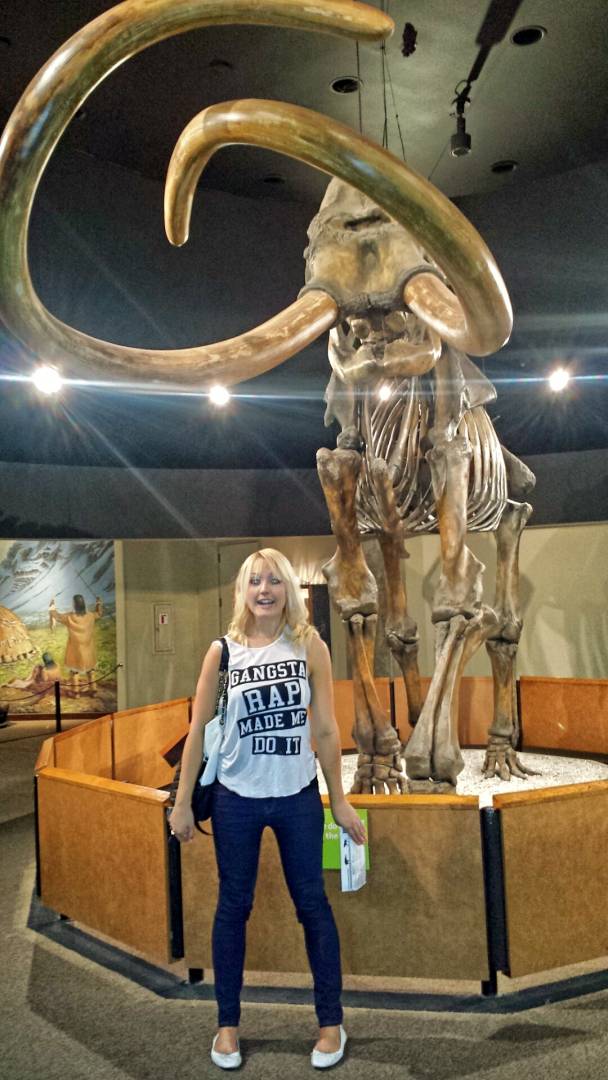 I’ve lived in LA my entire life, and visited LACMA dozens of times, but I only recently made it out to the La Brea Tar Pits! Now that I’ve been once, I can’t wait to go again.

The La Brea Tar Pits, located next to LACMA in Mid-Wilshire, are a site where tar pits swallowed up animals hundreds of thousands of years ago. It turns out tar is a great preservative, so thousands of animal bones have been preserved as fossils.

Project 23 is also a recent development. When the LACMA parking structure was built in 2006, 16 deposits of fossils were discovered, including most of a mammoth! Rather than halt the construction project, the fossils were all removed from the site and hauled to the Page Museum in 23 crates for more careful excavation there, hence the project’s name. You can watch this too.

If the museum is crowded, head outside to the Pleistocene Garden, which features plants from the Ice Age era and a beautiful waterfall for some peace and quiet. It’s truly a beautiful place.

No visit would be complete without a trip to the lake pit. Watch tar, carbon dioxide and asphalt bubble up to the surface as fiberglass mammoths get stuck in the pit. This is a really depressing scene, as the dad and baby mammoth have to watch Mom get swallowed up. That being said, it’s also the obvious Instagram photo spot so be sure to hit it up.

Pro Tip: There is still tar actively bubbling up below the surface everywhere, even in the grass. So watch where you step and don’t wear nice shoes – I made this mistake :(

Disclosure: This post is not associated with the Page Museum or La Brea Tar Pits in any way. I received no compensation for this post, and I paid for my own visit.