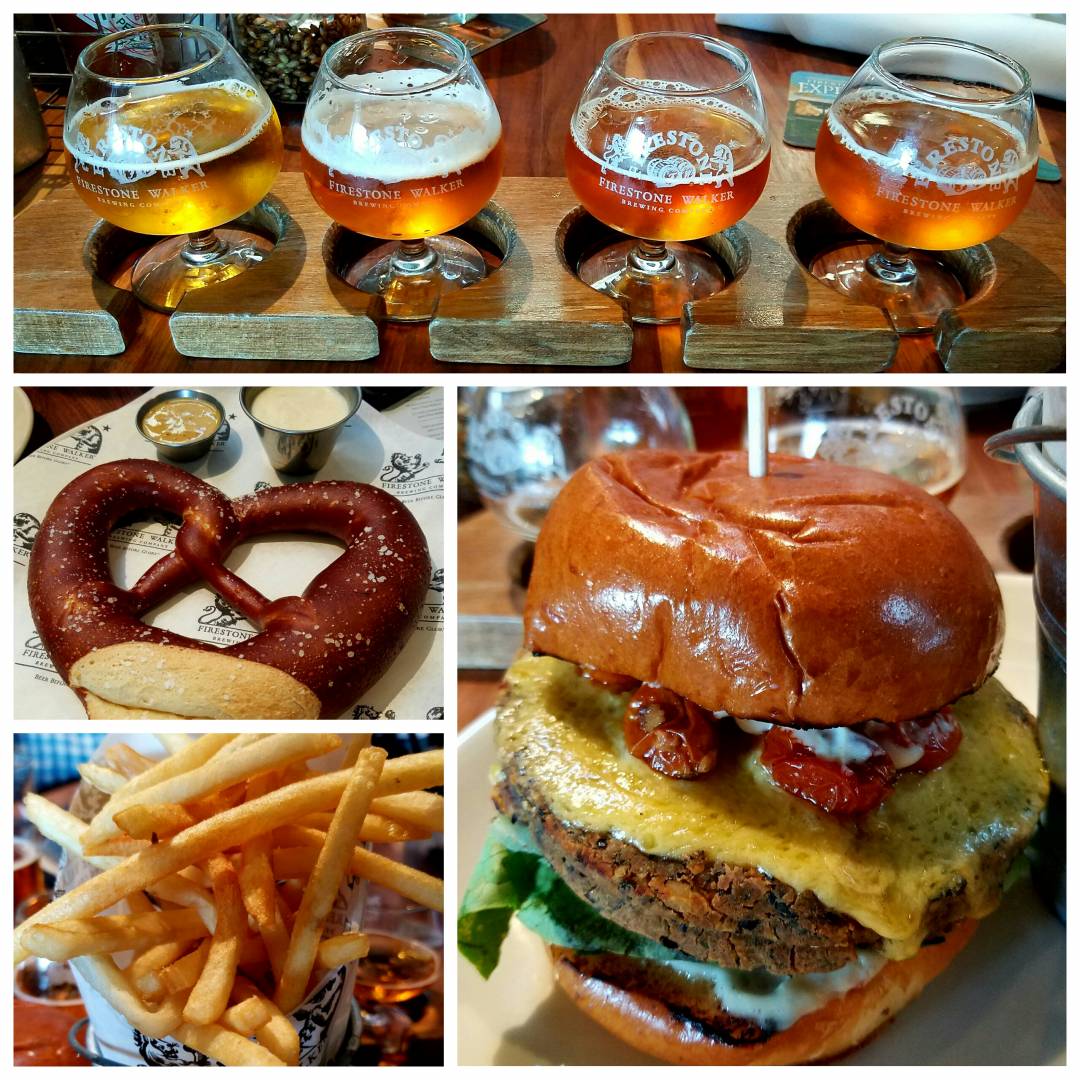 I love craft beer, specifically craft IPAs. The hoppier, the better. I spend so much time at bars, breweries and restaurants being totally unsatisfied with the level of hops in my beer. I’m a hops girl. I like beer that has so much hops, you can feel the burn. I like IPAs that taste amazing in your mouth, then kick you in the throat when you swallow. I love hoppy, piney, woodsy IPAs made from American (not British) hops. I’m very particular, you see.
The problem is, there aren’t enough breweries in LA! We have Angel City in Downtown and Golden Road in Glendale, but those are both SUPER far (aka an expensive Uber). Having lived Downtown for many years, I’ve been to Angel City dozens of times already. 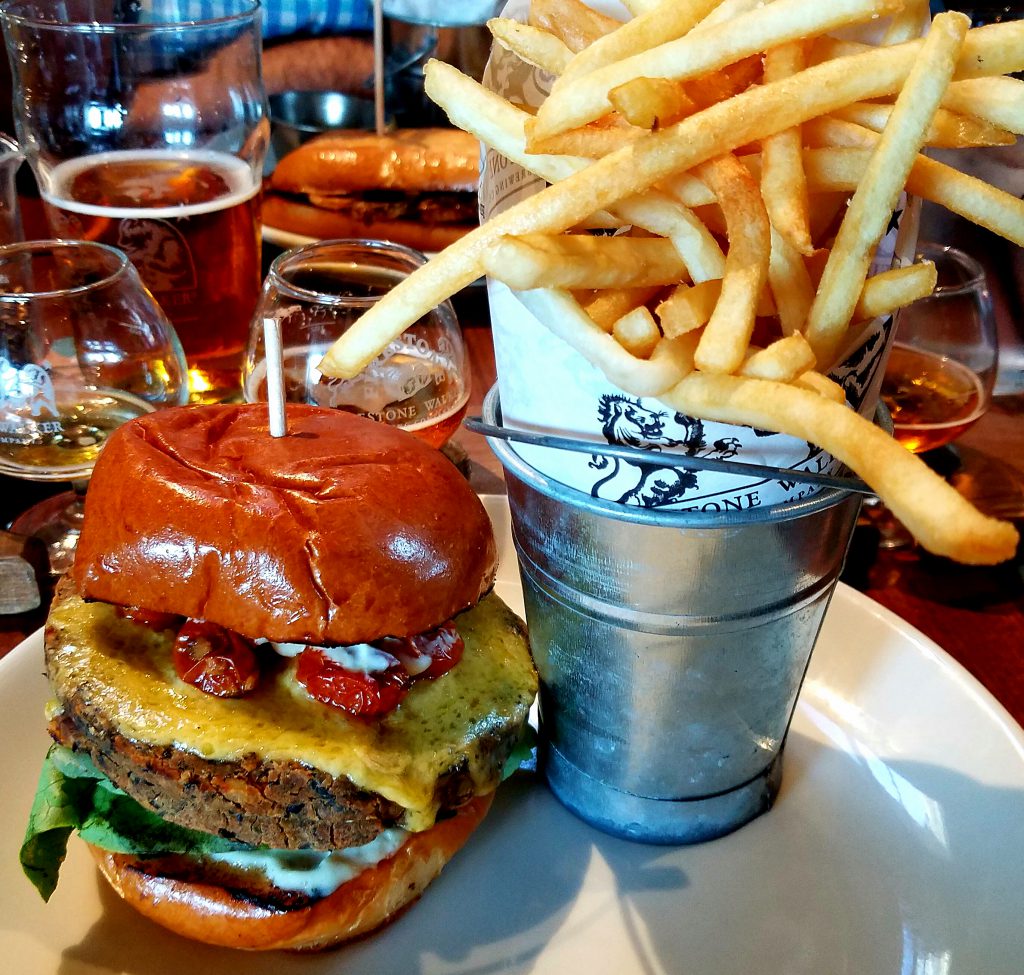 That’s why I was beyond stoked to hear that Firestone Walker was opening a brand-new brewery and restaurant in my backyard of Venice Beach / Marina del Rey. You know Firestone Walker from the 805 (a beer I hate) but they’ve been actively working on creating new beers and expanding. Plus, there’s just nothing like brewery food. So, before a long night of Halloween scares at the Queen Mary Dark Harbor event in Long Beach, my boyfriend and I stopped by to fuel up.

With 4 IPAs on tap, choosing just one was way too overwhelming of a task. Luckily, Firestone Walker Venice, which they call “The Propagator,” offers flights! I ordered a flight of the 4 IPAs, ranging from their lightest summery fruity IPA to their darkest, hoppiest blend. 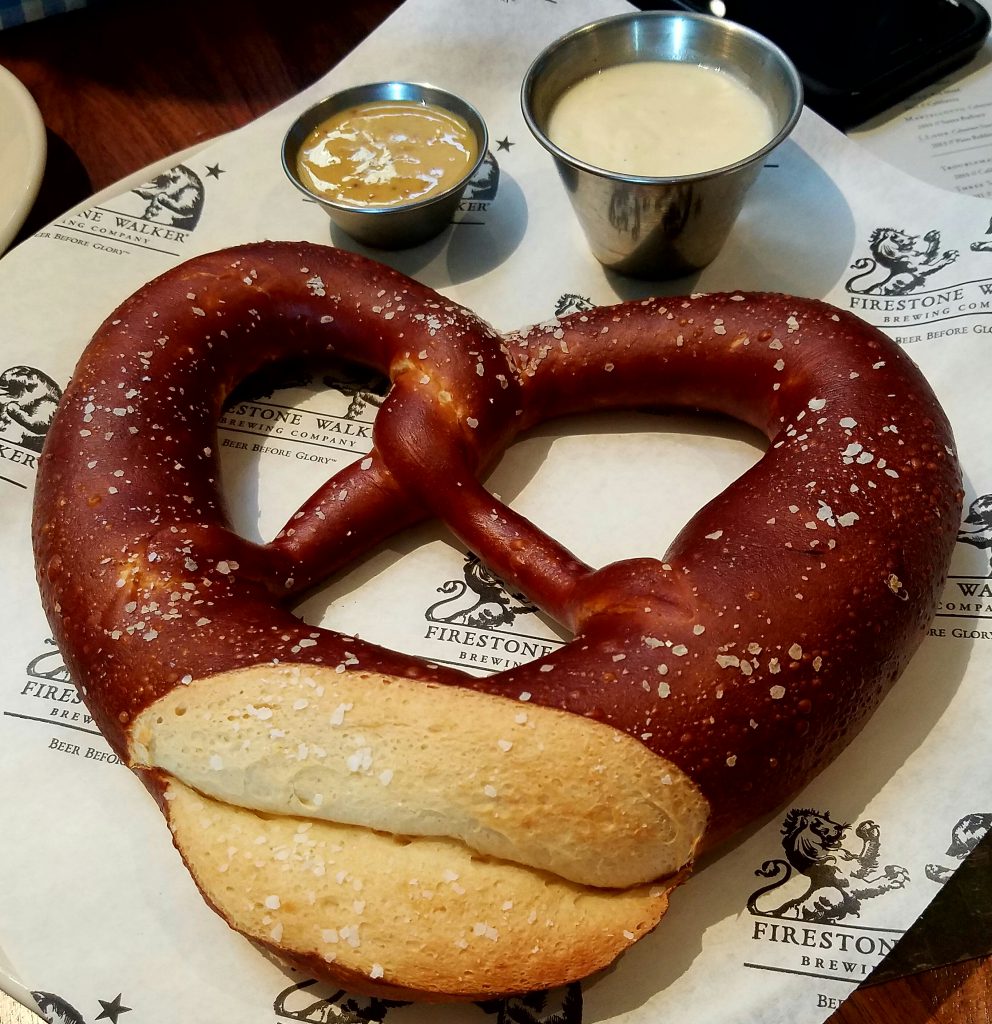 There were so many delicious food options on the menu, it was difficult for us to choose. But of course we HAD to start with a German pretzel. Who goes to a brewery and doesn’t order a pretzel??
The pretzel met and exceeded my wildest expectations. It was warm, fresh and salty. The cheese dipping sauce was fantastic. And the horseradish mustard was on point. I don’t even like horseradish and for some reason I just could not get enough of this! 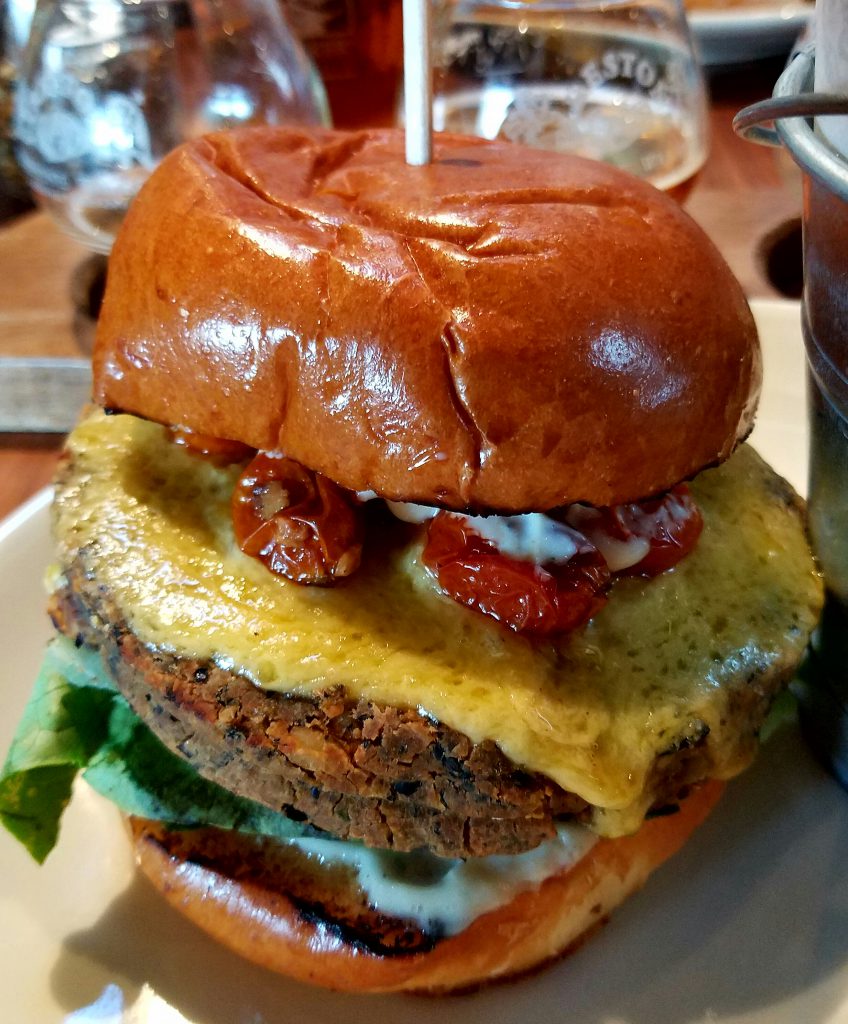 With several yummy vegetarian options on the menu, choosing an entree was hard. I opted for the regular burger substituted for the homemade veggie patty because I really wanted aioli, and the “veggie burger” didn’t come with aioli. When my burger came, I actually really hated the aioli, but it was too late! I tried to pick off as much of the delicious brioche bun as I could. Luckily, the patty was absolutely amazing and super filling on its own, even without the help of added carbs. 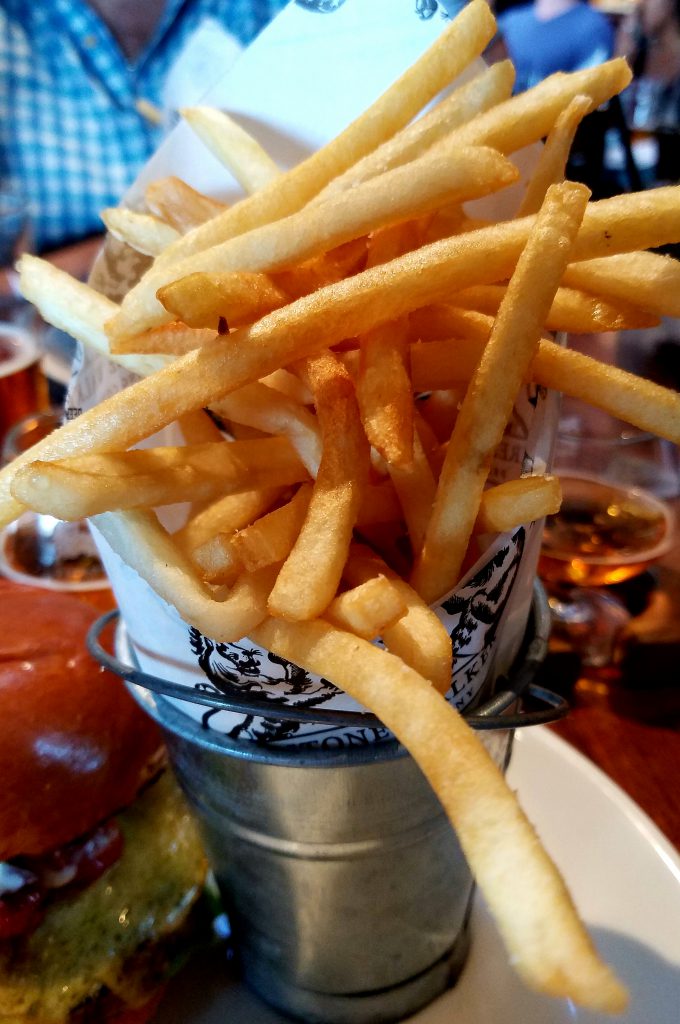 I loved the food, the beer and the atmosphere – long communal tables with people enjoying a bite, having birthday parties and just weekend day drinking. On the other side of the property is a brewery store so you can stock up on all your favorite Firestone Walker gear.
Oh, and this week they actually started brewing on-site, too!