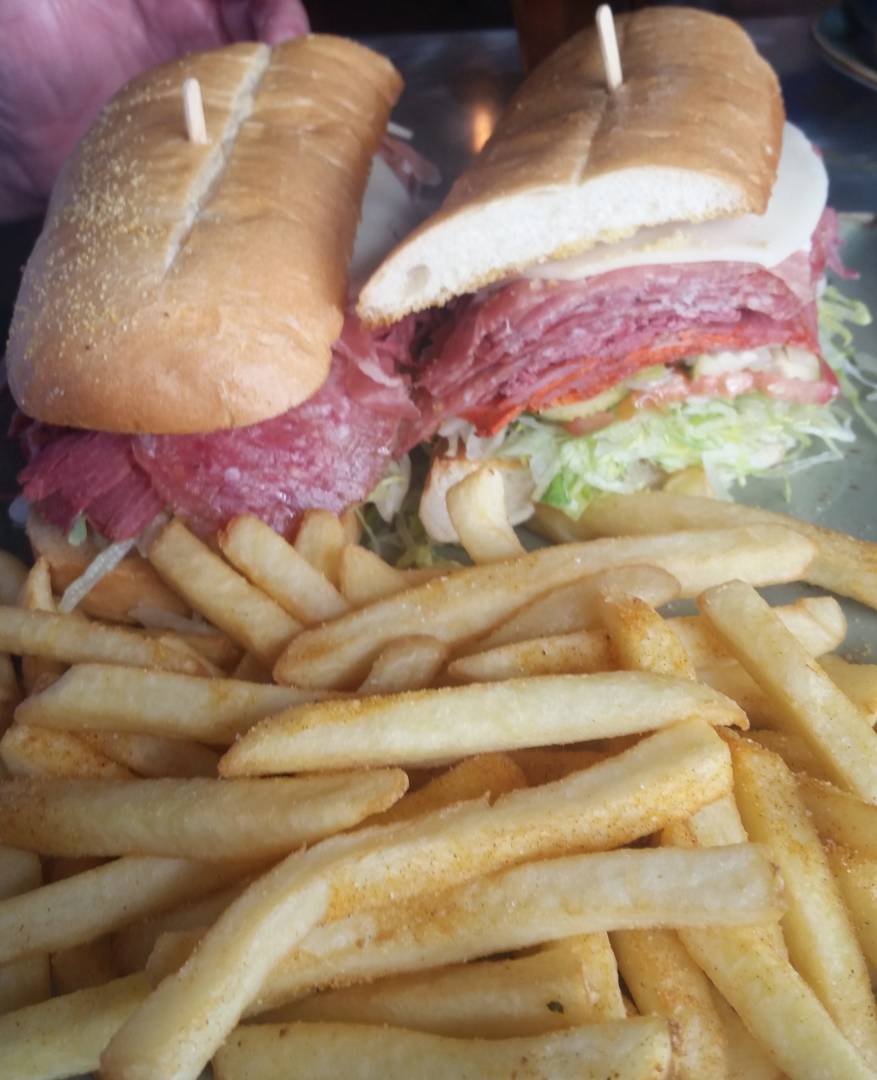 I had an AMAZING time at Septembers Taproom and Eatery and will 100% be returning. My mom (who lives in Rancho Cucamonga) found out about Septembers from Inland Empire Magazine and sent me the website. I live in LA and I’m a huge craft beer and gastropub snob. I was so happy that, in the abyss of chain restaurants that is Rancho, a mom-and-pop, unique restaurant had opened. 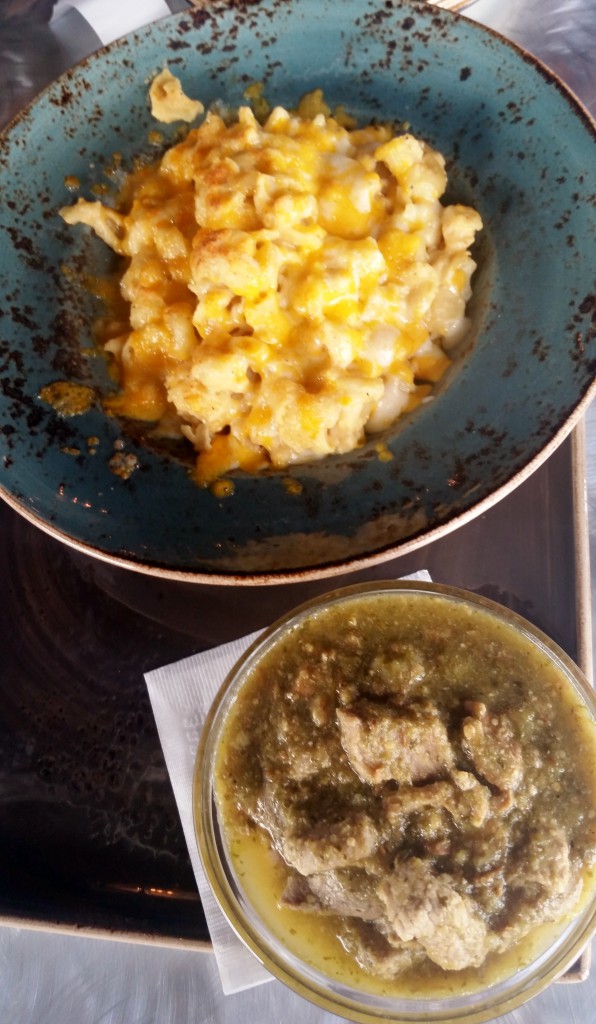 I went with my parents and we ordered the macaroni and cheese to start. This was our fatal flaw, as we had NO IDEA what the portion sizes at Septembers had in store for us. We were literally served this massive platter of homemade, oozing, heavy macaroni and cheese, with tons of pulled pork in green chili verde sauce on the side. As we dug into its deliciousness, we forgot about our entrees that were yet to come…
For beer, I opted for one of the local IPAs. Unfortunately, I was not too pleased with it. It was not very IPA at all – barely hoppy and a little thin. However, I will always support a local small brewery over a giant chain any day. 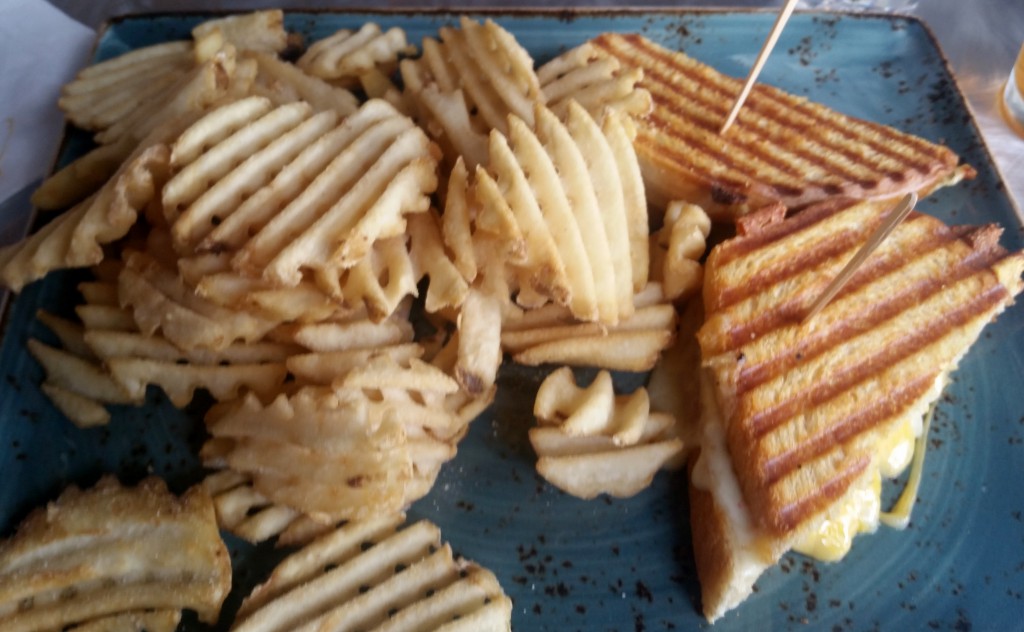 Next for the entrees. I ordered the “Four cheese melt” which is just a grilled cheese with American, pepper jack, white cheddar and Swiss cheeses. Entrees here come with criss cut fries with a SEASONING. Yes a seasoning. I was able to get waffle fries that were flavored like SEA SALT AND VINEGAR CHIPS. I am drooling writing this post.
The portion sizes were INSANE. I can’t even describe to you. My dad ordered the Italian hero on a French roll and literally a baguette stuffed with a gazillion pounds of meat came out. It could easily have sold for 2 large sandwiches. My mom had the fish and chips, and it came with 3 fish. The portions are so insane, I ate until I almost exploded. And then I had leftovers for DAYS. I’m not quite sure how Septembers plans to stay in business, because the prices are incredibly low, the quality incredibly high and the portions gigantic. I think they should raise the prices and lower the portion sizes but I’m not going to complain.
I can’t wait to return – the service was great too, and a parking lot in front. Nothing not to love.
Disclosure: This post is not associated with Septembers Taproom and Eatery in any way. I received no compensation for this post.