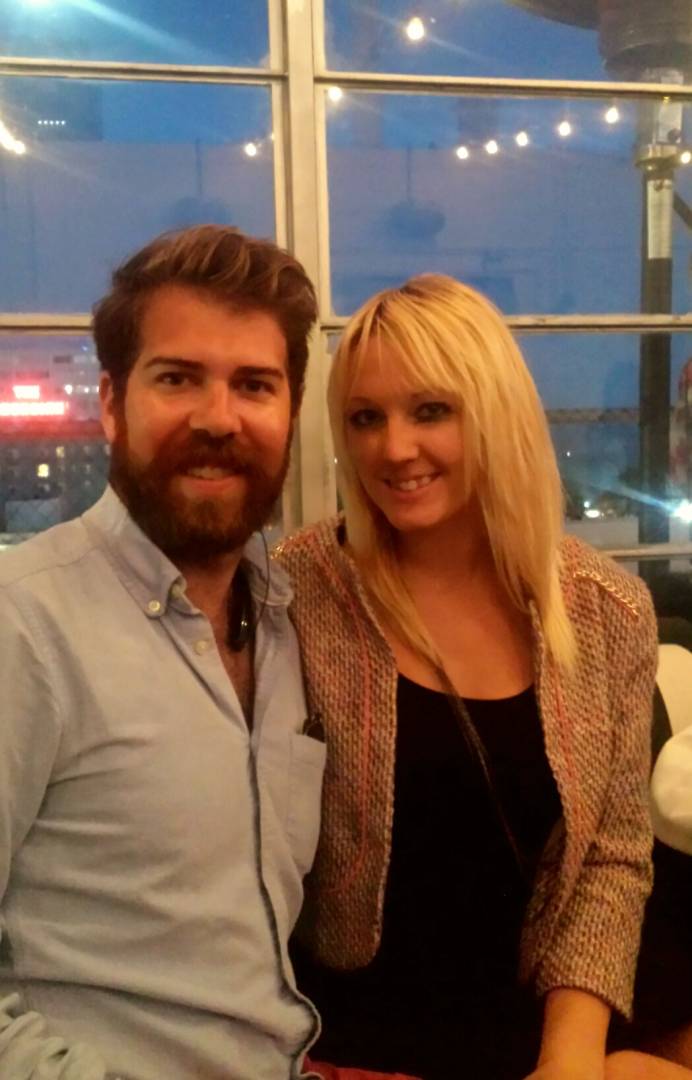 The Rooftop at the Hotel Shangri-La, or Suite 700 as it is sometimes called, is a nightlife spot in Santa Monica I had been hearing about for a while, but had yet to try. One day, my boyfriend Ramsay had a meeting in Marina del Rey and decided to come up to Santa Monica to visit me after work. I planned a happy hour adventure where we could explore a few different places, including Sonoma Wine Garden at Santa Monica Place (separate blog post on this to come).

After getting our fill of white wine and delicious appetizers, we wandered over to the Hotel Shangri-La. This beautiful property is located right on Ocean Avenue, across the street from the water. It’s a luxury hotel that’s home to several food and nightlife destinations as well.

We went into the beautifully decorated lobby and called an elevator to the rooftop. This was definitely my least favorite part of the night, as one of the two elevators was an old elevator, the kind where you open a door and you can see the two elevator doors and all the floors and insulation and whatnot through a GATED WINDOW as you ascend…it was basically my worst nightmare come true and I thought of kissing the ground when we *finally* arrived on the top floor.

We walked in and were met with a cold ocean breeze. We arrived just in time to catch the sun setting over the ocean – so serene.

The coolest part of the Hotel Shangri-La is that the windows are all portholes, and there are steps to the inside and outside. So you really feel like you are climbing decks on a ship.

After being served way-too-expensive LA-priced beer, we headed outside to catch the sunset. The lights of the ferris wheel on the pier were just being turned on and it was very romantic.

I tried to take some pretty pictures – you can see my failed attempts below – but it was so windy that it was nearly impossible. Luckily for us, the rooftop also features a glass-walled, open-ceiling room built for the specific purpose of blocking the beach wind. Bonus: there are also fire pits!

Once in the room we relaxed on a couch by a fire pit and enjoyed the atmosphere. I even ran into an old college friend – Santa Monica is a really small town. The crowd was young but not too young, professional but not too professional – I guess the best word to describe it would be”yuppie”. Which is what Ramsay and I technically are, so we fit in well.

All in all a great relaxing experience to have with friends or coworkers, or a romantic date night with a partner (especially as you can cuddle up next to them and the fire pit for warmth).

Check it out this weekend!

Disclosure: This post is not associated with the Hotel Shangri-La in any way. I received no compensation for this post, and I paid for my own visit.