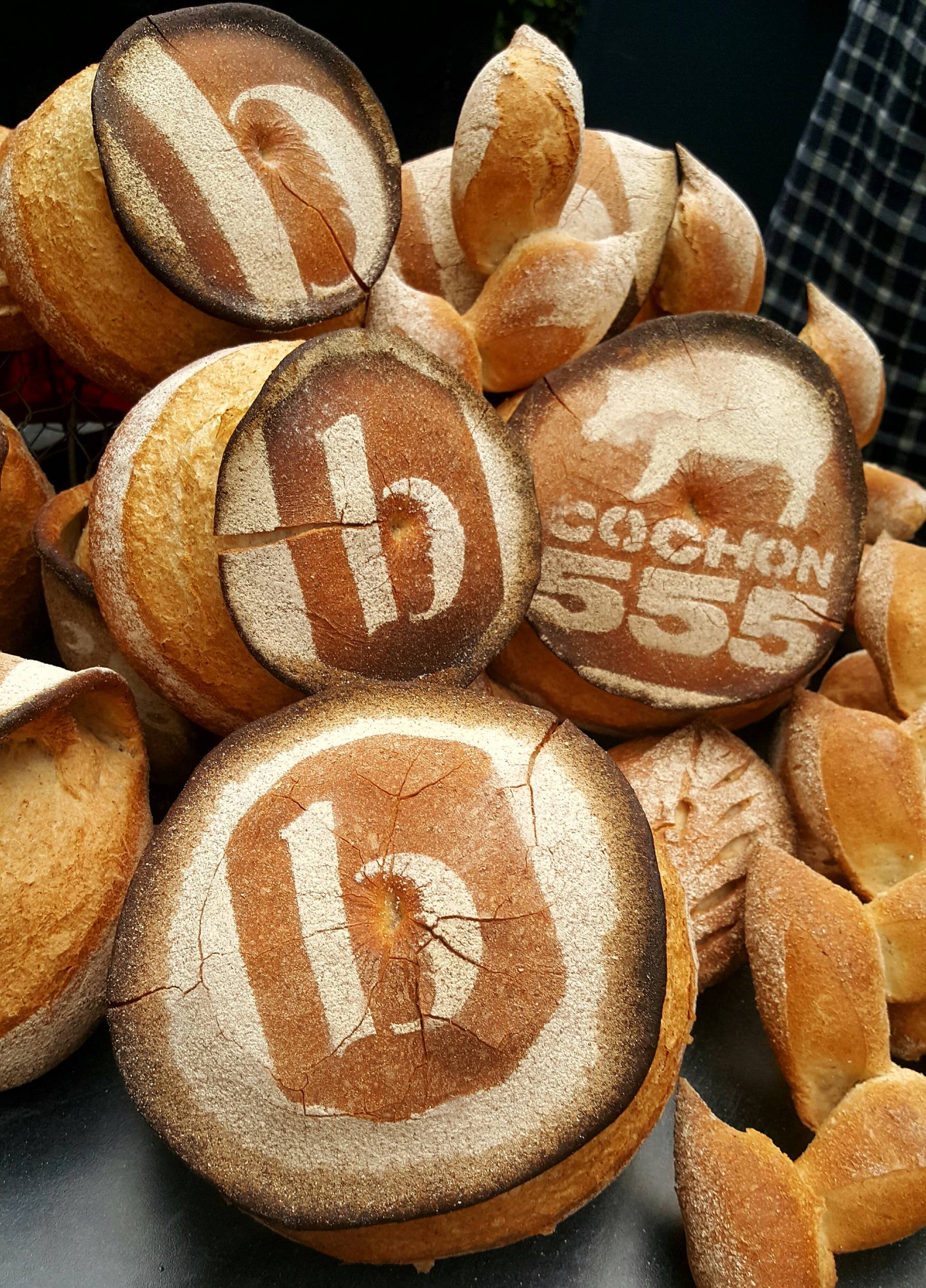 Another week, another delicious foodie event in Santa Monica! This week, it was the annual Cochon555 festival, held at the Viceroy Santa Monica hotel. Cochon555 is an annual competition dedicated to supporting family farmers and educating chefs and diners about pigs. Yep, pigs. There were 5 pigs and 5 local chefs, all competing to see who could cook the animal best.

Wait? but I’m a vegetarian. Isn’t this a weird event for me to be attending, let alone excited about? Maybe, until you take a look at the rest of the delectable offerings, from smoked Old Fashioned to rum punches, German rieslings, an entire room dedicated to cheeses, La Brea Bakery bread, chocolatey desserts and more.

Plus, since Eater LA is one of my everyday must-reads, I was excited to see what Dakota Weiss (Estrella), Larry Monaco (Cast), Kyle Johnson (Bourbon Steak Los Angeles), Bruce Kalman (Union) and Jonathan Granada (Otium) could come up with. Not to mention that THE Jonathan Gold was a judge (along with reps from Republique, the Beverly Wilshire and the Viceroy). I was a little”star-struck, if you will.

The winner was Jonathan Granada (Otium), who created such funky dishes as pork belly with Feuille de Brick, stinging nettle and caviar; whipped lardo with sea urchin, pistachio and brioche; head cheese; pork shoulder with artichoke barigoule and Vin Jaune; and croquette with mojo and potato.

Obviously I couldn’t try his concoction, but my stomach had a great time with everything else. Plus, I’ll never turn down an excuse to hit the Viceroy, my favorite hotel in the area – even though the pool was caged in!

Check out the rest of the post for pics I took at the event.