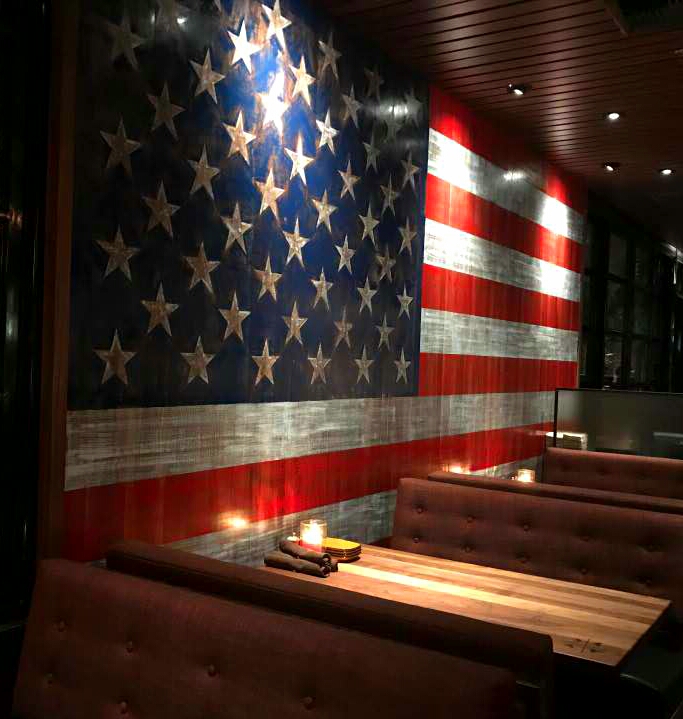 I LOVE trying new restaurants. The LA food scene is now regarded as one of the best for Michelin-starred chefs, concept restaurants, pop-ups and all-around amazing restaurants. However, it’s a hard city to survive in. Even the most well-known restaurants can go under, which is a huge bummer. The only upside? Something else new and delicious moves in.

Jimmy’s Famous American Tavern joins us in Santa Monica now, on Ocean Avenue right by the Viceroy. The Santa Monica location is the restaurant chain’s 5th location. I’d never heard of it before, but the menu looked delectable, so I decided to head to the grand opening press preview and give it a try! 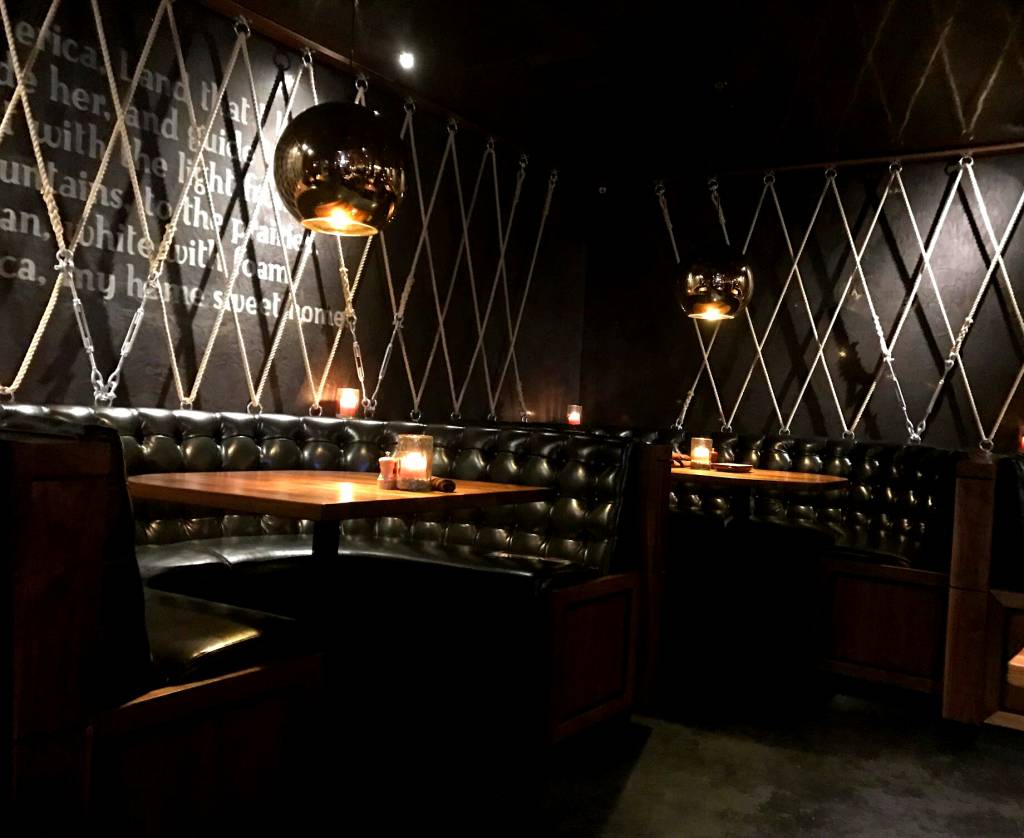 Jimmy’s Famous American Tavern (JFAT) is south of the pier, meaning it doesn’t have ready access to the 8 public parking structures in Downtown Santa Monica, and lacks the foot traffic of that area. Luckily, there’s a gorgeous patio located right in front of the website to catch the eye.

My friend and I immediately loved the decor when walking in. The wooden tables had a rustic vibe, and everything was open and spacious, balancing out the dark, cramped vibe that dark wood usually gives off. There is tons of seating, both in front of the house, on the side of the bar and on the outside patio. The tables even have the JFAT logo emblazoned in them, a really cool little detail. 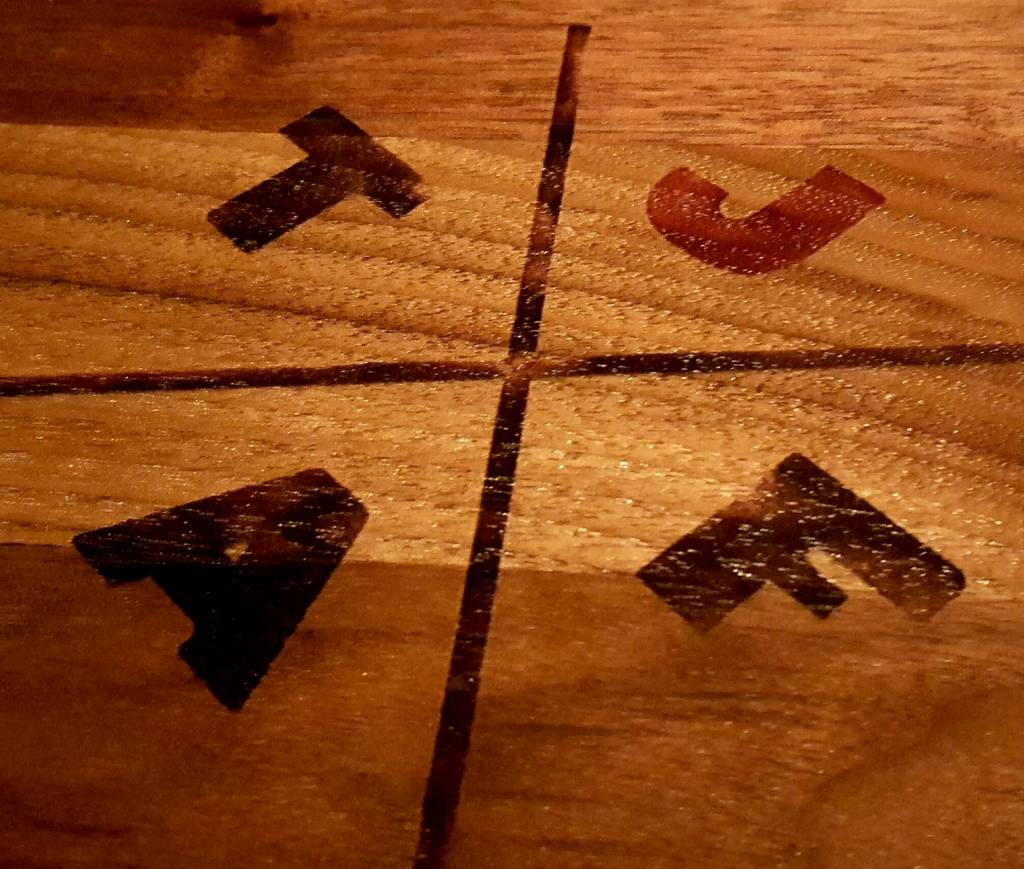 After cheers-ing with the champagne the server brought around, it was time to get down to business and order drinks. If you know me, you know I only stick to IPAs with the occasional red wine and Maker’s Mark bourbon. Very few cocktails or mixed drinks impress me, so I usually just stick to beer. However, the Blackberry Bourbon Lemonade (Buffalo Trace bourbon, Southern Comfort, Marion blackberries, simple syrup and housemade lemonade) was one of the best drinks I’ve ever had. In fact, I’ve asked bartenders to make similar drinks for me at every bar I’ve been to since having this concoction. 10/10 would return just for this drink or ten. 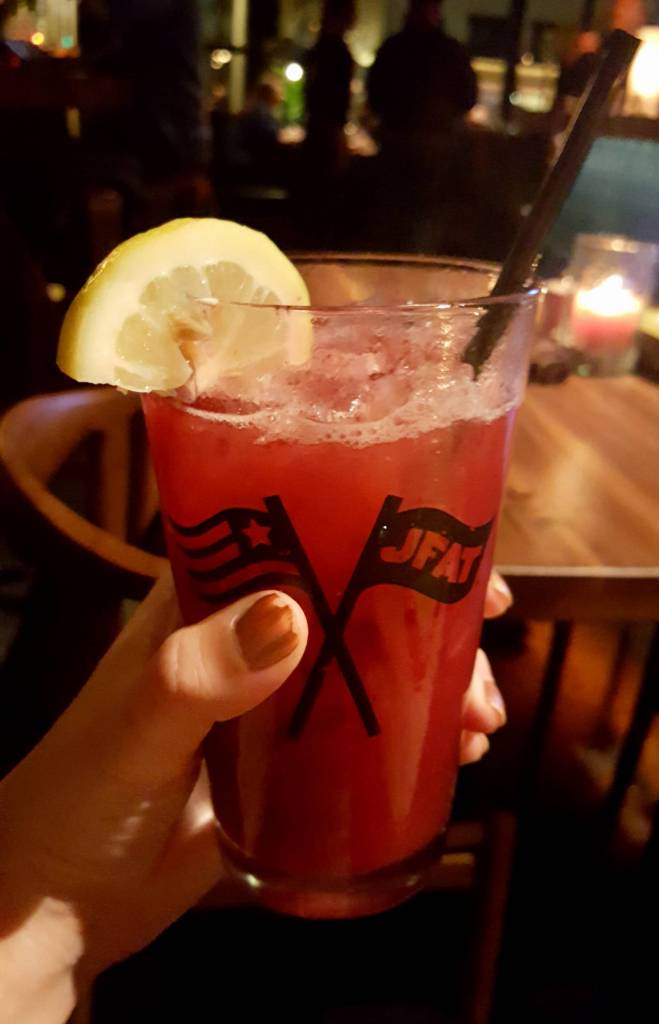 The passed appetizers were indicative of what the final menu will serve. We enjoyed toasts with pimento cheese and peppers and mushroom grilled cheeses on sourdough bread. My friend, who is not a vegetarian like I am, also partook in ahi tuna chips and what she said were”some of the best ribs“. 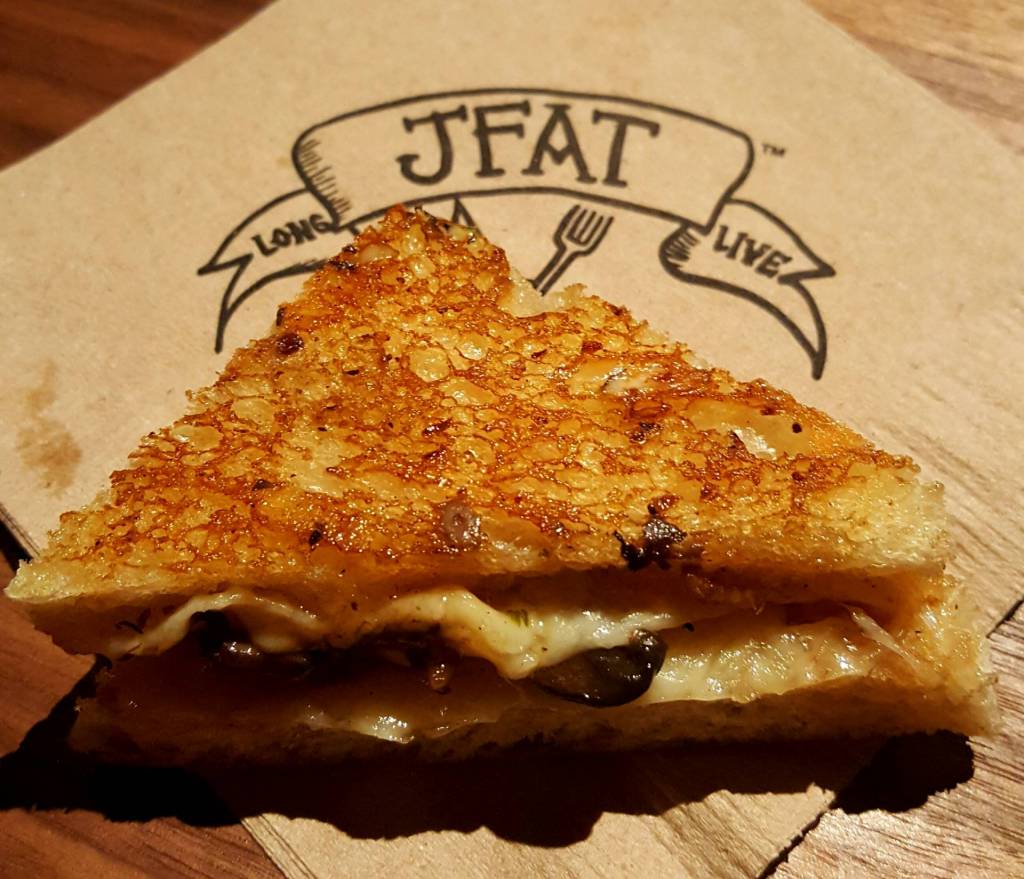 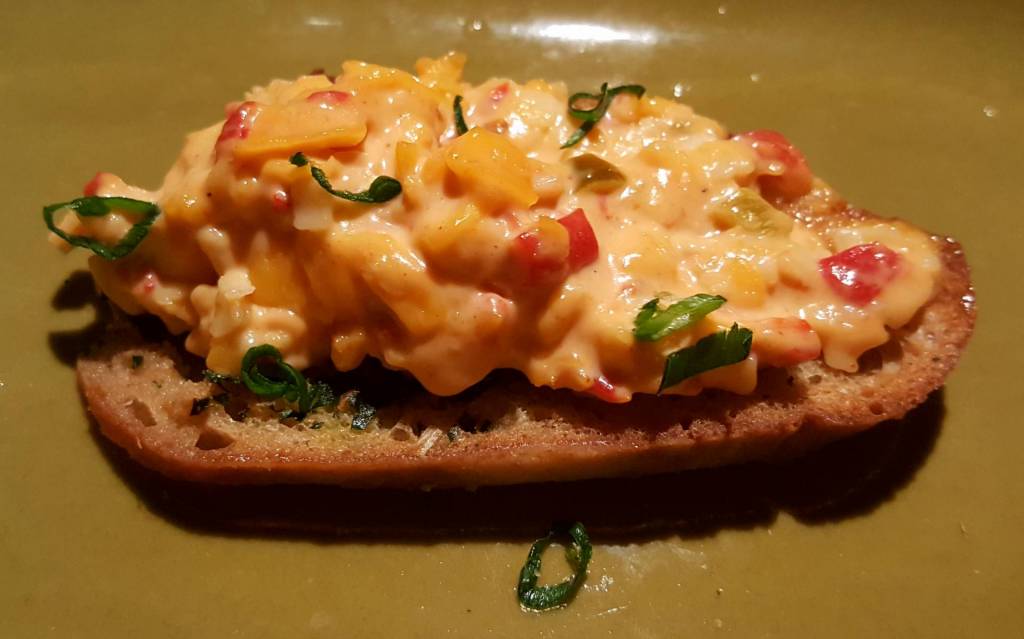 There is also PLENTY of meat on the menu, including sirloin and black bean chili; cheeseburgers; clam chowder; baby back ribs with bourbon chipotle sauce; flat iron steak and rib eyes. 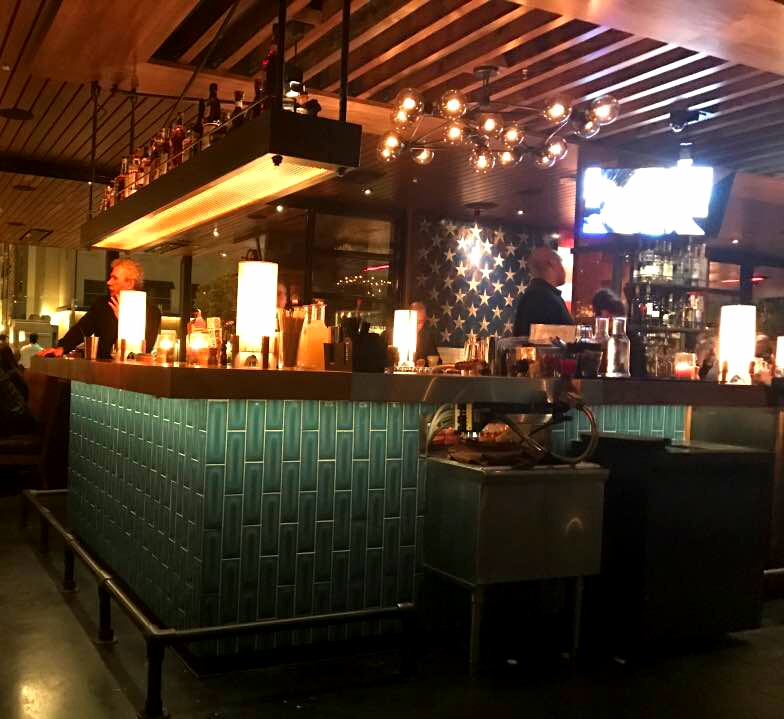 Next time you’re in Santa Monica, Jimmy’s Famous American Tavern should definitely make your list of restaurant contenders, right up there with BOA, Seasons 52 or Red O. 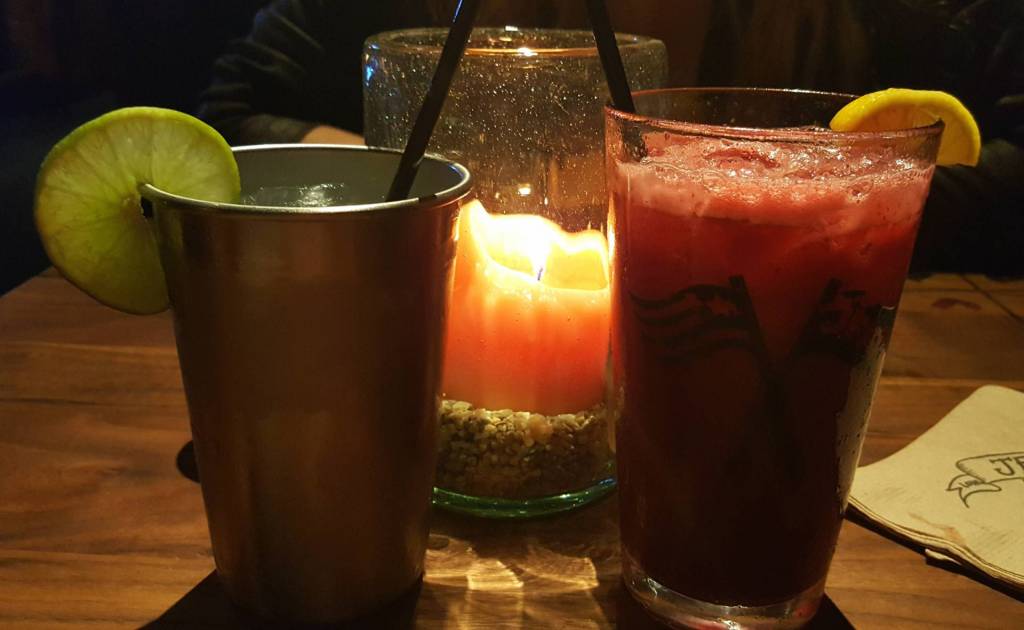