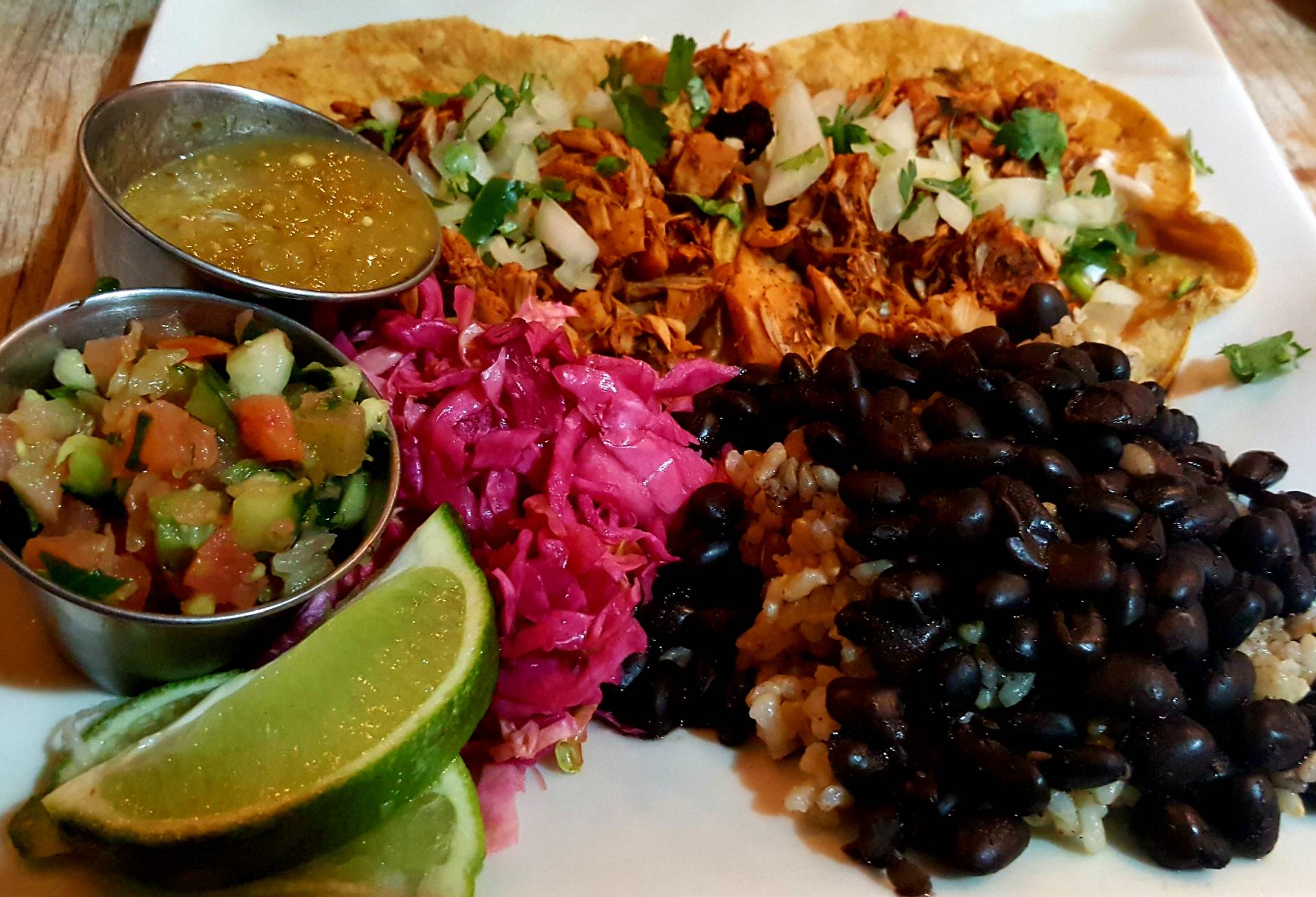 I’ve been a proud vegetarian for most of my life, and being vegetarian is a core part of my being. I’ve never been vegan, mostly because I have many allergies to fruits, vegetables and nuts, which eliminates most vegan food from my diet. I have to rely heavily on carbs and cheeses to get the nutrients I need.

Recently, I’ve been trying to incorporate more vegan food into my diet. Whether that’s buying Silk soy yogurt at the grocery story instead of regular dairy yogurt or ordering from a vegan restaurant for lunch, every little bit helps. That’s what I tell meat-eaters around me – cutting out red meat, or being a pescetarian, or even just going meatless half of the week is all better than nothing! 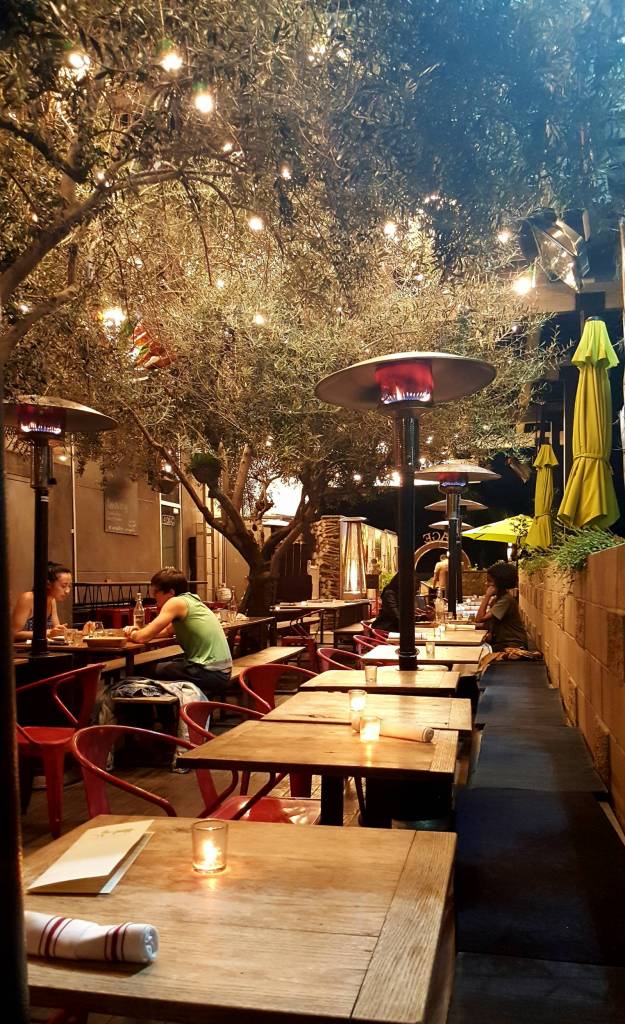 My boyfriend and I discovered Sage Vegan Bistro and it has been a complete game-changer. I firmly believe that a lot of vegan food tastes better than ‘regular’ food, because the chef has to try so hard to add flavor and texture and spices that it actually comes out better than non-vegan food cooked blandly. 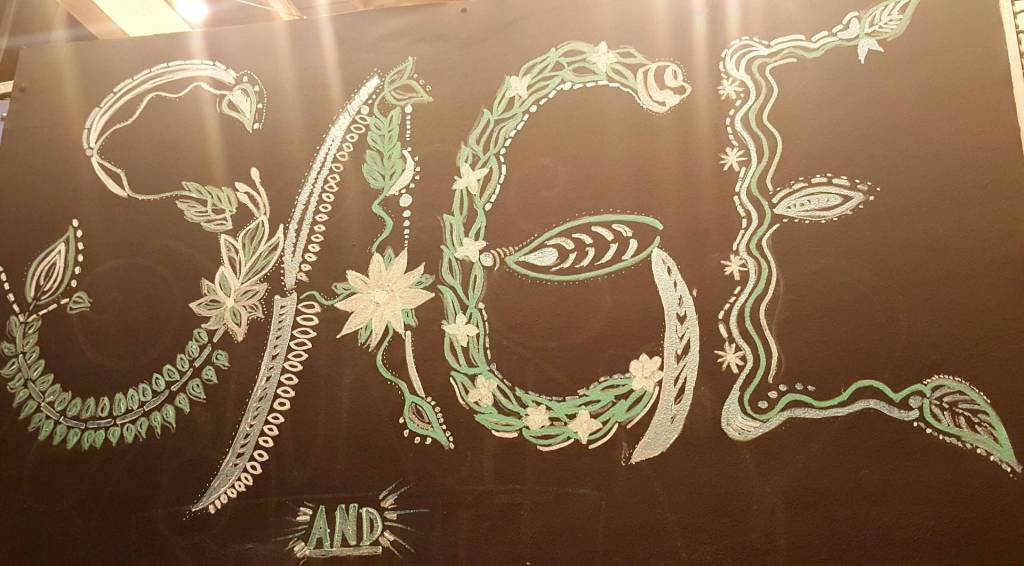 The food at Sage is not only “better” than a lot of non-vegan food I’ve had, but it is truly delectable! Sean and I decided to have an expensive outing and experiment with many different dishes. 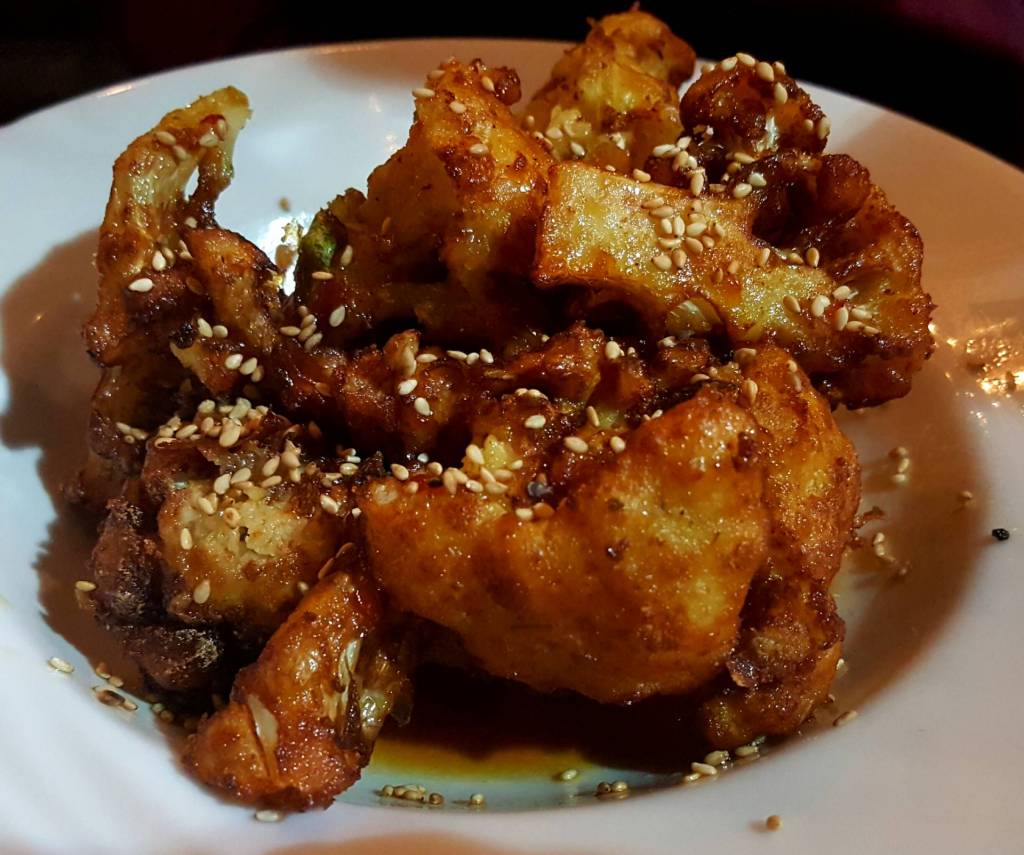 We started with the sweet & sour cauliflower buffalo wings. Sean LOVES buffalo wings, so he was excited to try these. He said that they were comparable and he’d totally get them again! 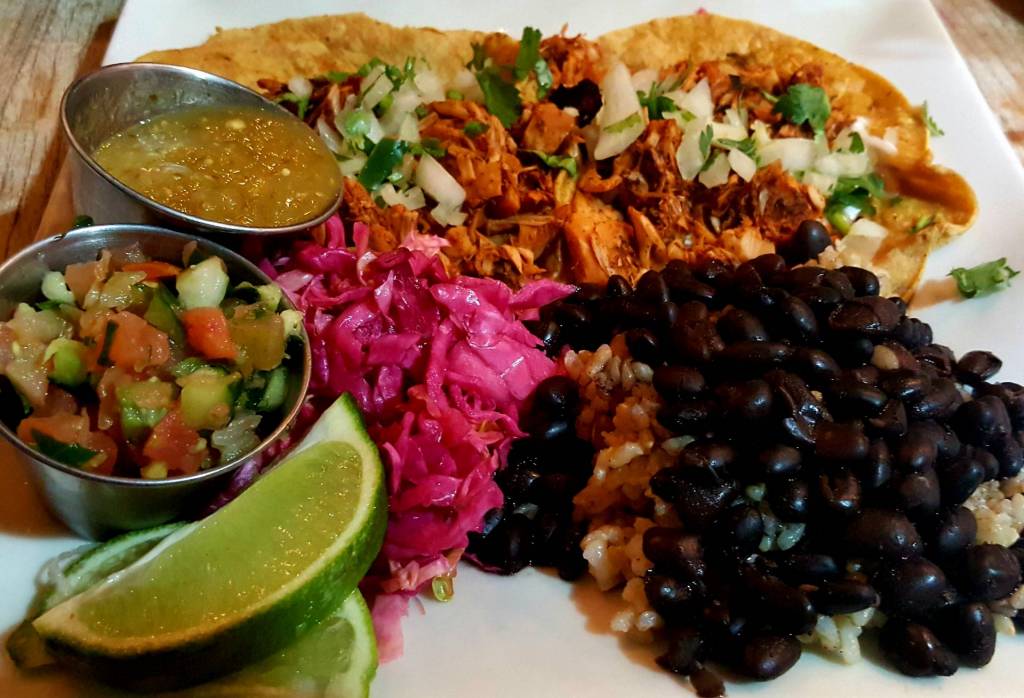 We also decided to split the jackfruit taco plate. I’d never had jackfruit before, which is a tropical fruit with a “meat” that is a good substitute for pork. It was UNBELIEVABLE. It was like I was really eating carnitas tacos, but it was all vegan. The tacos were honestly some of the best I’ve had in my entire life. I loved them so much, I ordered another platter as my entree. 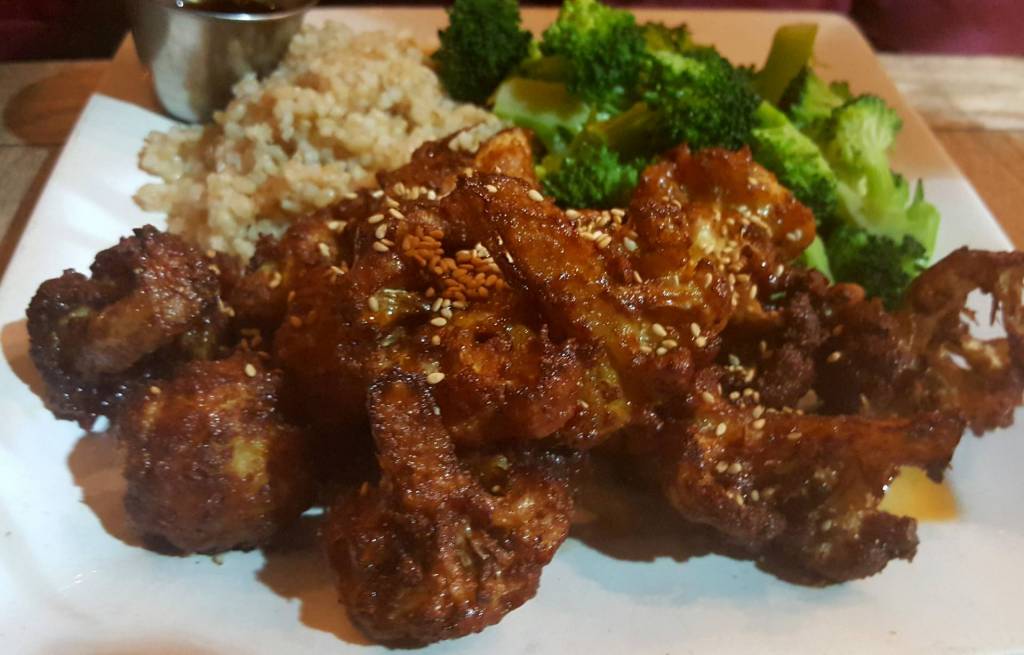 Sean opted for the cauliflower orange chicken for his entree. Disappointedly, it tasted just like the buffalo wings, not like orange chicken. He still enjoyed it and the broccoli, though. 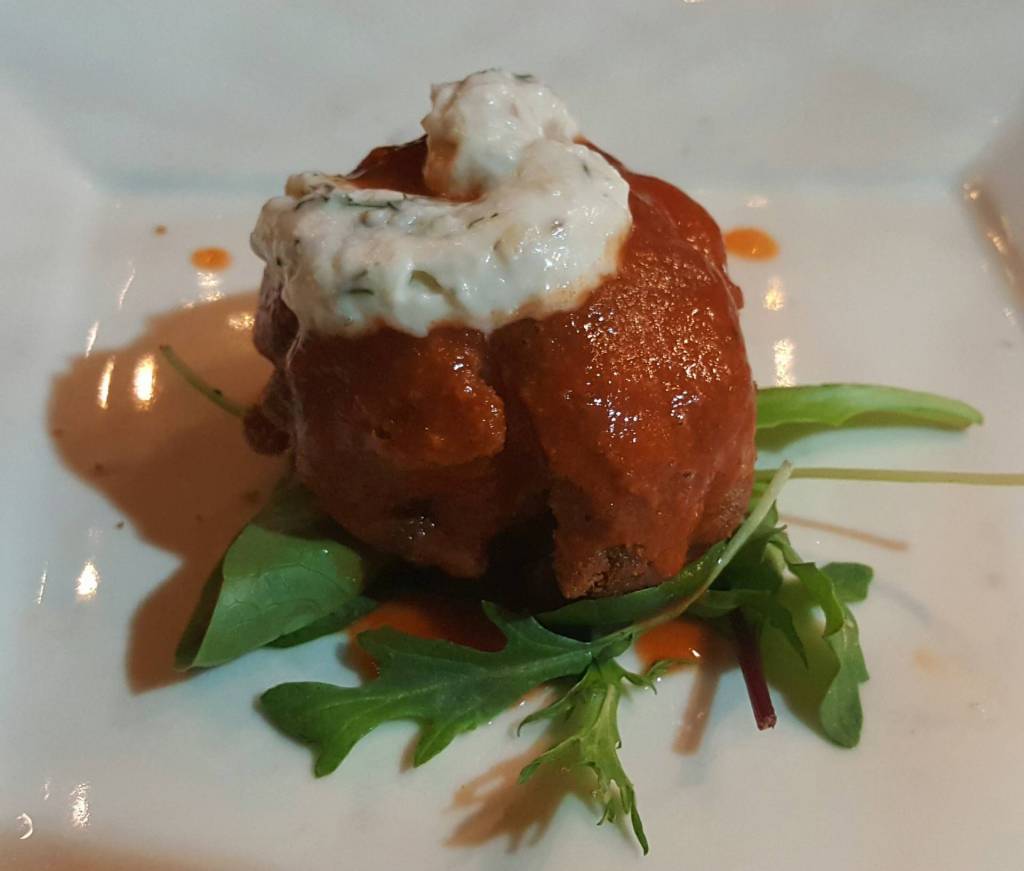 To finish, we decided to try a mac n cheese ball, a fried ball of vegan macaroni and cheese. Unfortunately, the ball was coated in buffalo sauce AND habanero cream cheese, so my wimpy taste buds absolutely could not handle it. But I was already stuffed and had to take half of my tacos to go anyway.

Have you tried any good vegan places lately? Let me know in the comments!