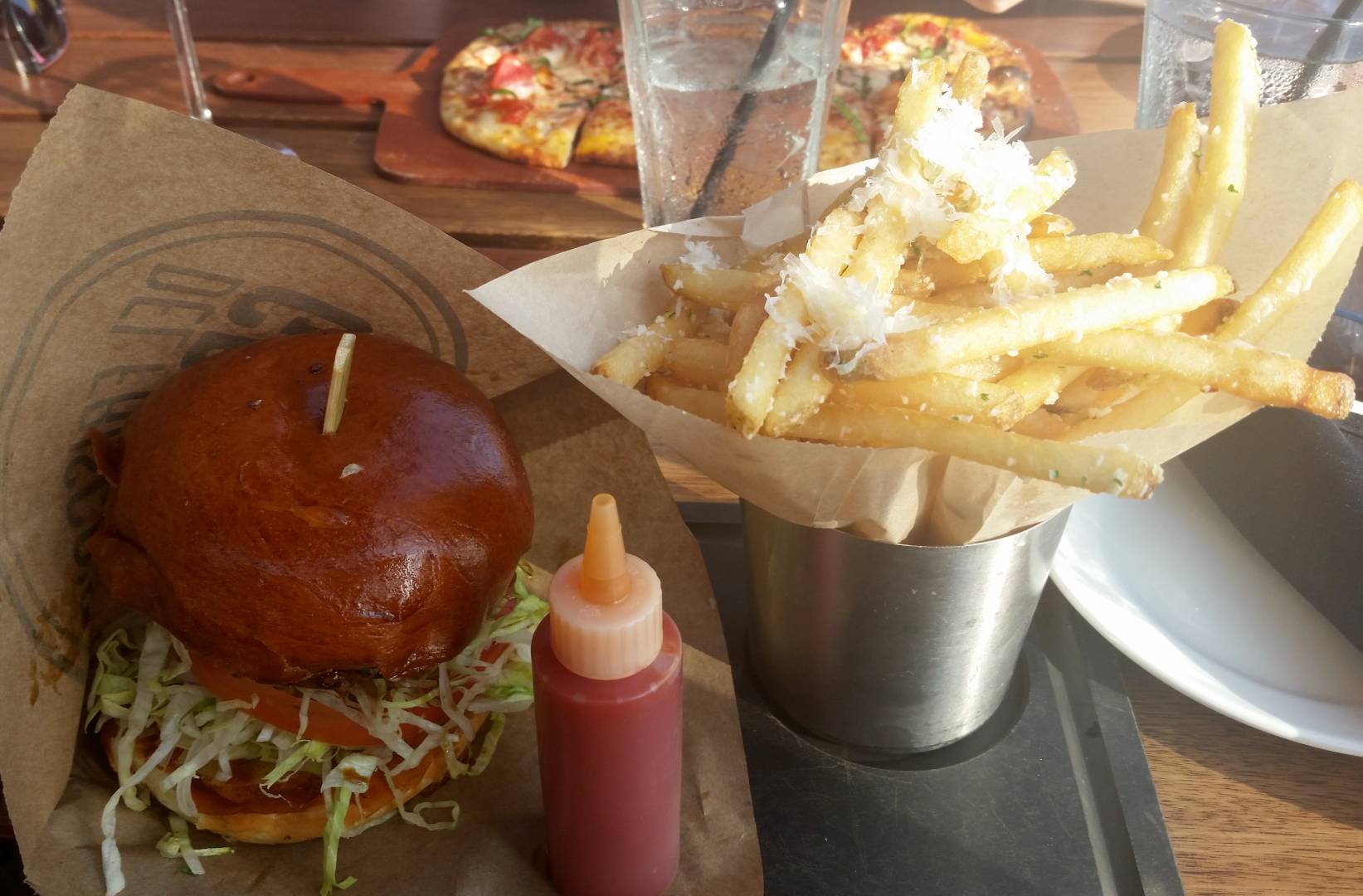 Anyone who’s been to Santa Monica has passed by Del Frisco’s Grille, a restaurant located right on Ocean and Colorado. It’s right across from the pier and impossible to miss (it’s also next to the highly exclusive and buzzed-about 41 Ocean). However, many people I know (including myself) don’t think to stop there. For one, it’s on the busiest street corner in the city, where tourists are milling around and generally getting in the way. The patio is always packed and I just always am headed somewhere else when I see it.

On this occasion, though, after a beach day with the girls, we were super hungry to the point of hanger and we decided to stop in and try it out. 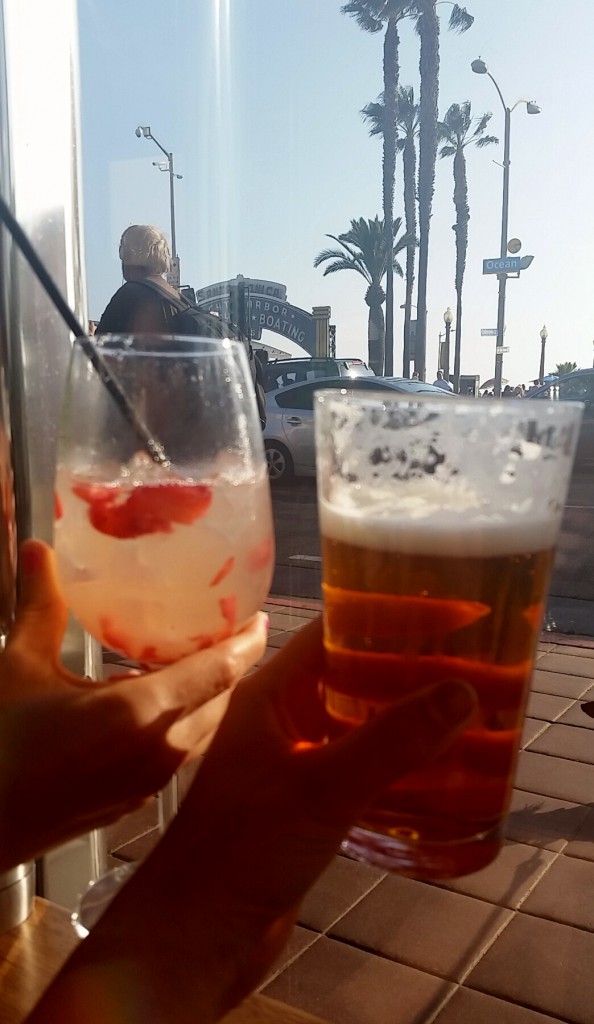 Not only did we get a table right away out on the patio where we could people-watch and see the ocean, but our waitress was super friendly. She was also a hustler who worked fast and held down two jobs in the same day at two different restaurants. 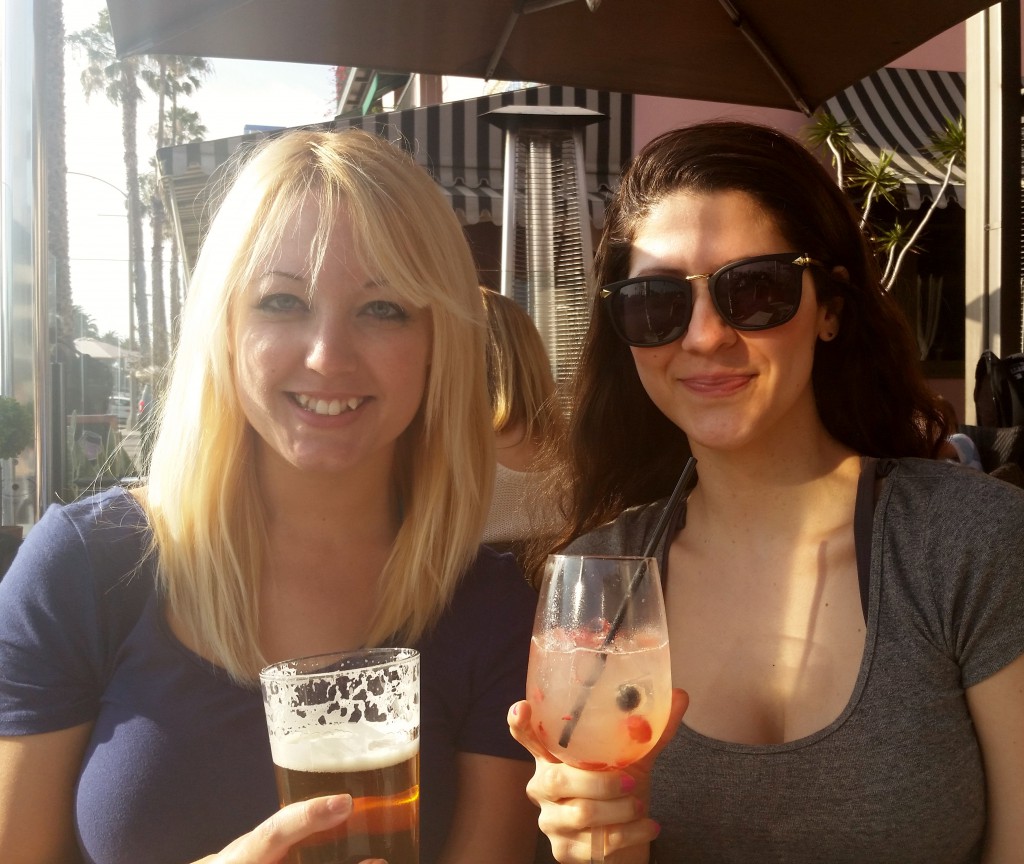 I ordered an Angel City IPA, which I was SO stoked about, since many places do not carry Angel City Brewery beer. You often have to go to the brewery in the Arts District to get some. My two girlfriends ordered the white sangria, which was AMAZING (I may have had a taste or three). It was great to enjoy a cool refreshing drink right by the beach. 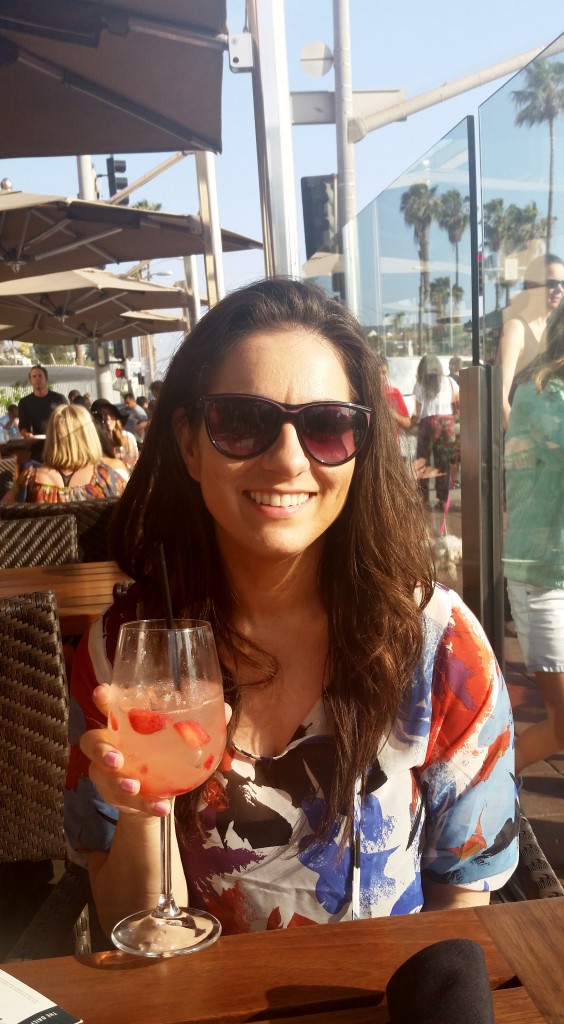 The food was pretty good. Not the best, but definitely passable for a nice lunch by the beach (a little too pricey though, in my opinion). I had the veggie burger with parmesan truffle fries. Jenna ordered the margherita flatbread pizza (a little mushy) and Paola had a super-healthy salad while we enjoyed our fat-assery. 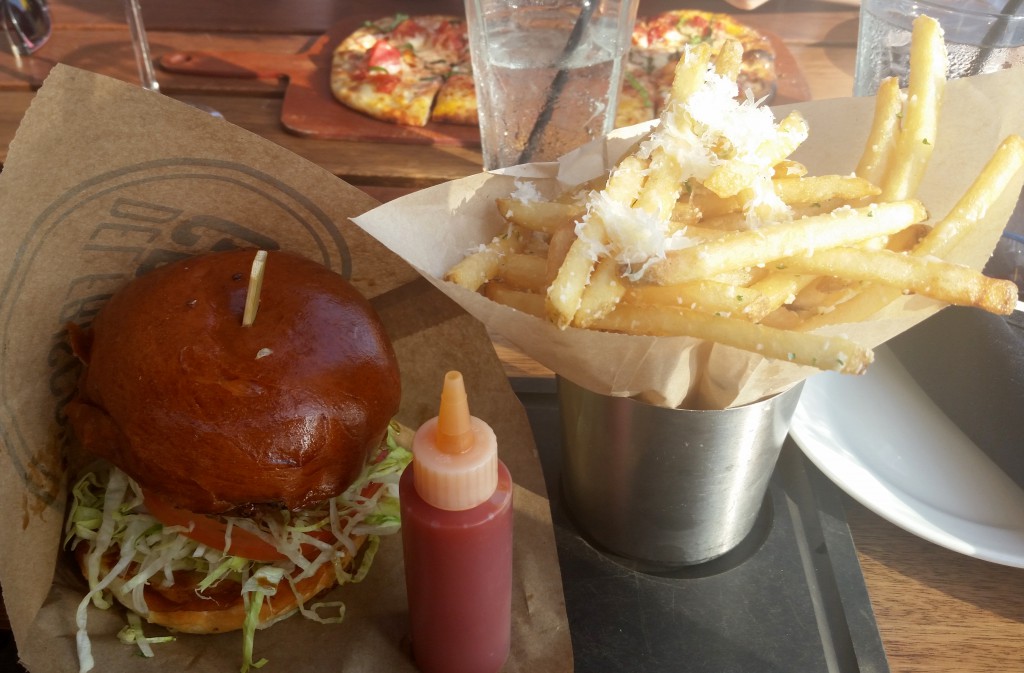 All in all, it was a really nice dinner by the sea. I would definitely return and enjoy some more of their sangria!