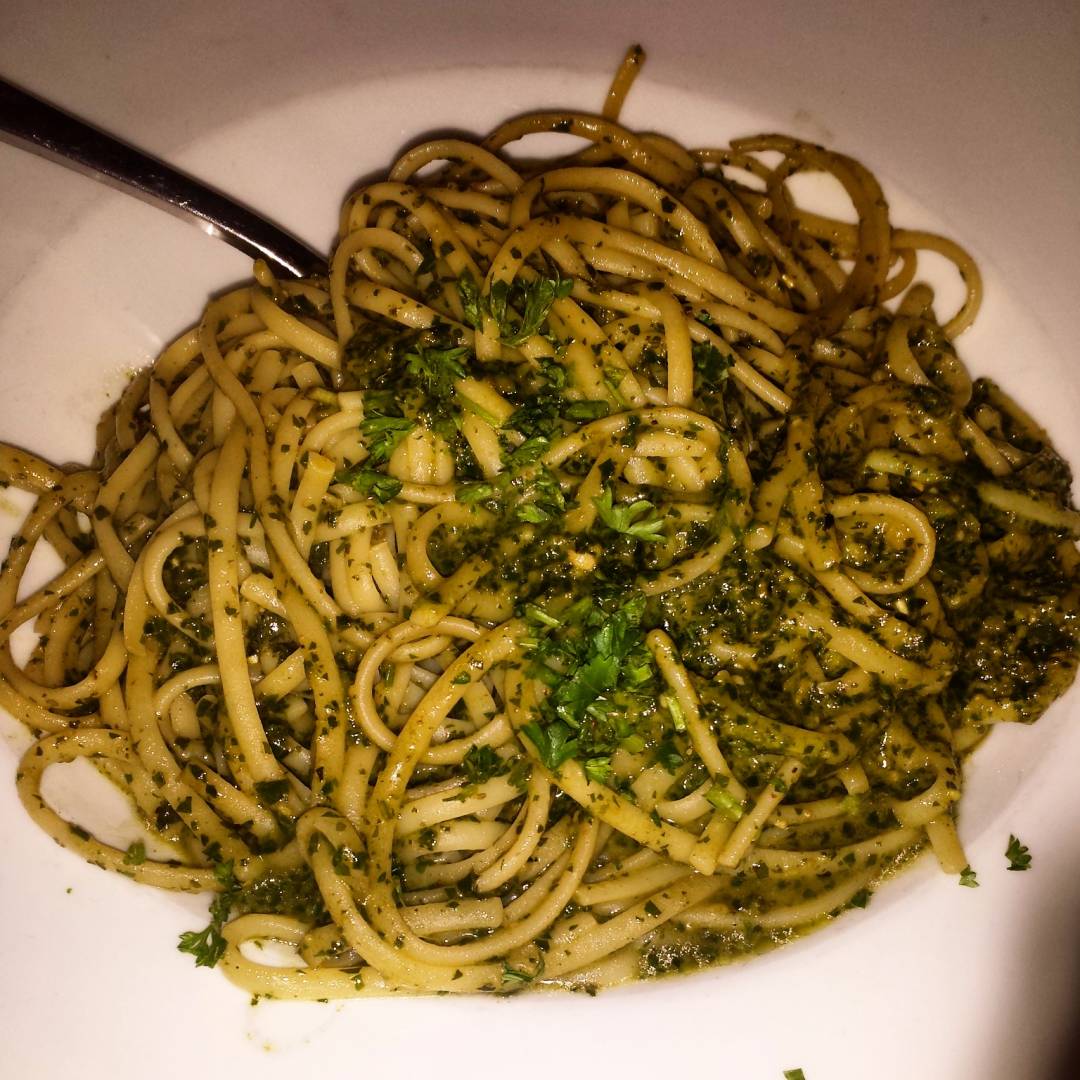 Recently, I went to a large group dinner at Marco’s Trattoria in West Hollywood. I had never been to Marco’s before, but it’s been on my list to try for a while!

Group dinners are usually very difficult on restaurants, and lead to overworked servers, slow service and annoyed diners. But it couldn’t have been the opposite of Marco’s! Not only were they prepared for us, with a long table in the middle, but they were able to do separate checks – so accommodating!

We began with wine and bread. The wine list is extensive and you can get good wine by the glass without paying an arm and a leg. I really enjoyed the house pinot grigio. They also bring around bread, which automatically puts a restaurant high on my list.

I was in a pasta kind of mood, so I went for the pesto pasta (with no added pine nuts and plenty of freshly grated Parmesan cheese on top). It was so delicious and the portion was huge! I filled up pretty quickly and ended up reheating half for lunch the next day. The other girls seemed happy with their dishes too – everything looked delicious. I would definitely be back for some more pasta or to try a pizza. After all, the valet parking across the street at Connie and Ted’s makes visiting easy – a rare feature in busy West Hollywood.

Disclosure: This post is not associated with Marco’s Trattoria in any way. I received no compensation for this post.