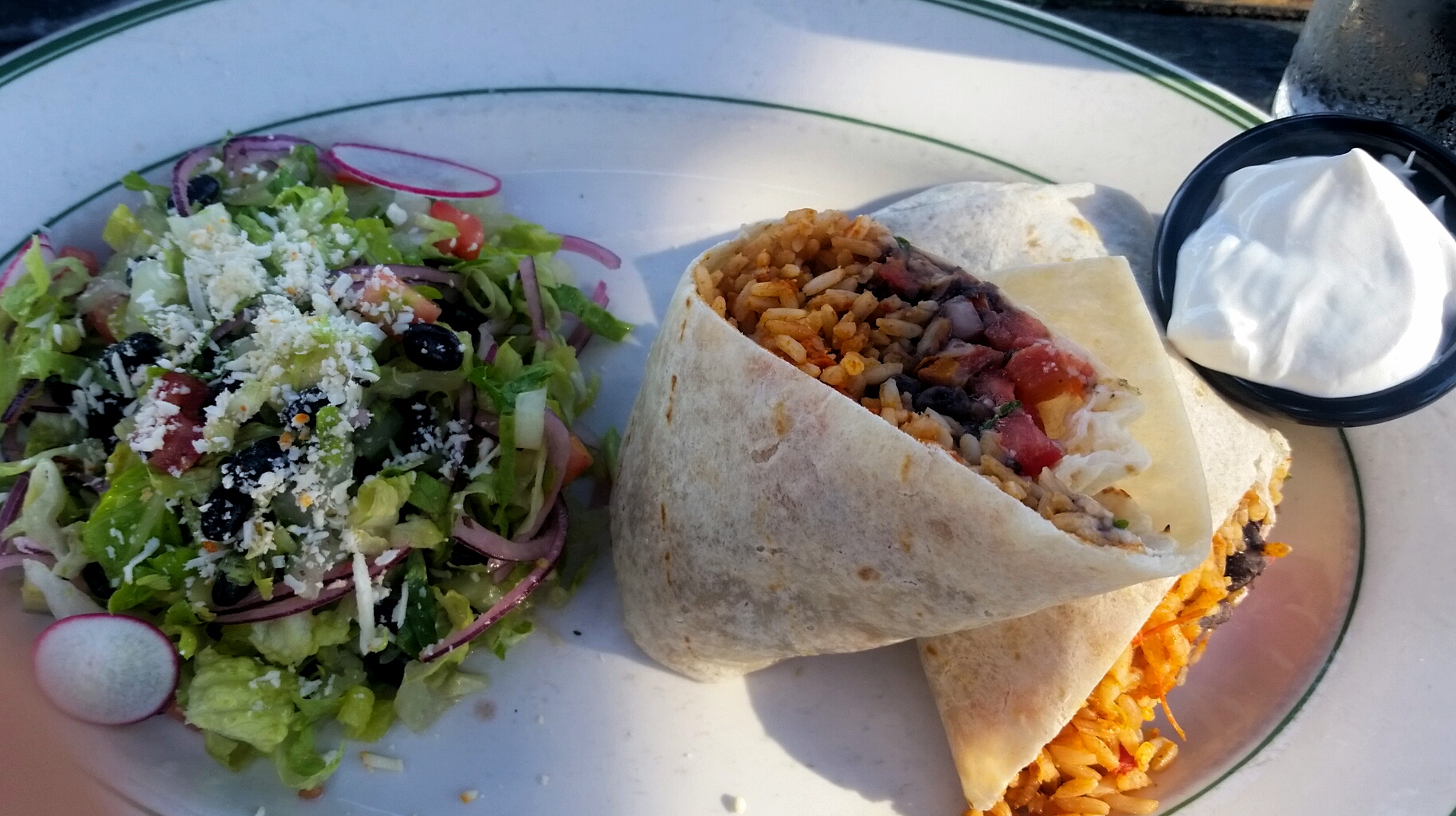 Pink Taco, to me, is one of those places that exists, and I know it exists, but it’s not front-of-mind when I’m deciding which Mexican restaurant to eat at. But I don’t know why that is. Pink Taco is a greatly underrated joint with great food and huge portion sizes.

The restaurant was strangely deserted – if I worked in the area I would totally be hitting up the mall at lunchtime! But that made it all the easier to get a seat on the spacious outdoor patio. The staff was kind and attentive.

As a vegetarian, it can be difficult to eat out and have to order the”token vegetarian” item on the menu. But I basically wanted everything on the Pink Taco menu and it was impossible to decide! 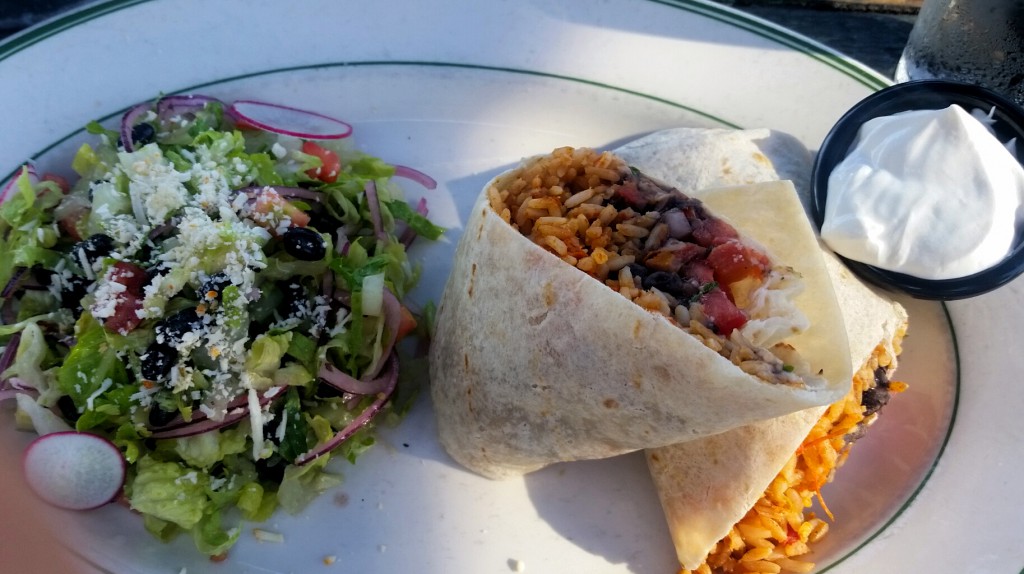 I ended up ordering the vegetarian burrito. Vegetarians beware – it comes with non-vegetarian beans unless you specifically ask for vegetarian beans! It also has sour cream inside, so beware if you’re not a fan.

The burrito was huge and came with a yummy salad. My friend got tacos, rice and beans and her plate was also huge. Make sure you’re hungry before you come, or be prepared to take leftovers!
All in all, a good place to keep in mind next time you’re craving Mexican, or don’t want to hassle with traffic and parking.