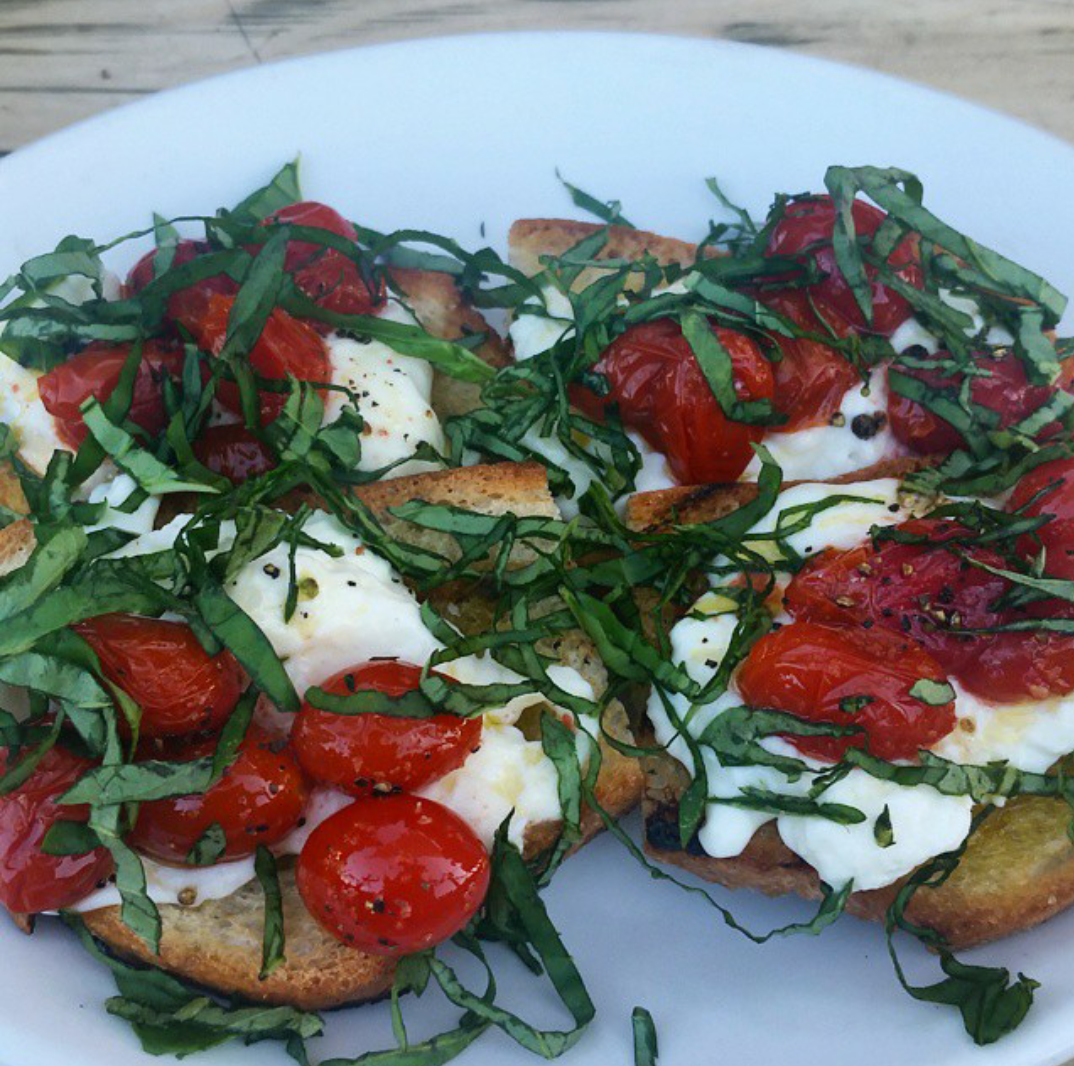 I recently met up with some ladies who all live in the Mar Vista/Culver City area (which I did too until I moved to Santa Monica/Brentwood...post on that to come later). To ensure no one would have to go far, we chose a neighborhood spot for Happy Hour – The Wood.

I had somehow never heard of The Wood although I drive past it on Washington Blvd. all the time. I went on the way home from work and easily found a meter close to the venue. The Wood looks and feels just like any other gastropub in LA – tons of wood, hipster/Mason jar ambience, farm-to-table ingredients, trendy food like Brussels sprouts, all of it.

I met my friends and had a seat on the patio. The inside is fairly small but the patio is large, and you can sit and people-watch. A great way to unwind after work. The service was incredibly slow, which was annoying until I realized only one server was responsible for the entire patio! I felt bad that she was running around so much. She was super nice when I would get a hold of her!

I was initially quite disappointed with the beer list. For a gastropub, they only have about 3 beers on draft at any given time – the rest of the beers come in bottles – ew. However, the food did NOT disappoint.

As I’ve been (semi kinda sometimes) trying to eat healthier recently, I ordered the bruschetta with roasted baby tomatoes, buratta cheese, basil and a garlic olive oil. There were 6 pieces all DRIPPING in olive oil. So much for eating healthy – but boy were they delicious!

However, any diet plan went out the window when my friend ordered the Parmesan truffle fries. Literally 700 fries came out on this platter. As she couldn’t possibly eat them all herself, it was my duty to help…right? :)

With other appetizing selections on the menu with Mac & Cheese (sharp cheddar, white cheddar, fontina cheese) orecchiette (vegetables, mushrooms, truffle oil, Parmesan) and fried Brussels sprouts with goat cheese, I will definitely be returning for dinner with an empty stomach.

Disclosure: This post is not associated with The Wood in any way. I received no compensation for this post.